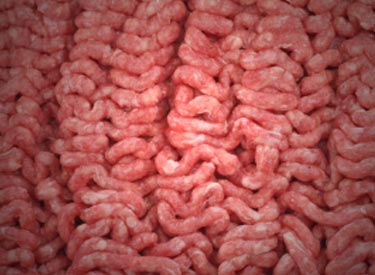 “Thus, the products are adulterated, because they are unsound, unwholesome or otherwise are unfit for human food and must be removed from commerce,” FSIS concluded.

Now the USDA is saying this diseased and unsound meat may have reached as far as 35 states and Guam.

Thousands of retailers have been added to a list of companies that could have received beef products from the producer, Rancho Feeding Corp., since the February recall, the USDA said.

“The retail list has been growing as more customers have been notified,” USDA spokesman Adam Tarr told CNN Friday. “The list could expand.”

The USDA will continue to update the list so that the affected products can be removed from commerce, he said. (source)

This is a Class I recall, which the USDA describes as, “This is a health hazard situation where there is a reasonable probability that the use of the product will cause serious, adverse health consequences or death.”

Even though the recall began in January with just 40,000 pounds, it’s more than a little disconcerting that the government is just now announcing two months later that nearly 9 million pounds of this stuff is all over the country and could cause serious health consequences up to and including death.

By the government’s own statements, this story probably isn’t over yet.