Activist Post
By a vote of 23-8 today, the Missouri state Senate passed an “emergency” bill that seeks to nullify virtually every federal gun control measure on the books, “whether past, present or future.”
House Bill 1439 (HB1439), introduced by Rep. Doug Funderburk (R-St. Charles), previously passed the House by a vote of 110-36. The bill will now go back to the house for concurrence on some technical amendments made on the senate side. If passed, the bill will move on to the Governor’s desk.
With language inspired by Thomas Jefferson, HB1439 declares that the state rejects the idea of “unlimited submission” to federal power. It also declares that “whenever the federal government assumes powers that the people did not grant it in the Constitution, its acts are unauthoritative, void, and of no force.”
Jefferson wrote the following in the Kentucky Resolutions, which passed Nov. 10, 1798:

the several States composing the United States of America, are not united on the principle of unlimited submission to their General Government [emphasis added]

whensoever the General Government assumes undelegated powers, its acts are unauthoritative, void, and of no force [emphasis added]

The state capitol city’s namesake would have been proud, said Tenth Amendment Center communications director Mike Maharrey. “This is exactly what Thomas Jefferson himself said that states had a duty to do,” he said. “States aren’t supposed to stand by and do nothing while the federal government violates the Constitution. And they’re not supposed to be willing partners in the act either.”
Maharrey said that while the declarations have great impact, the strong practical effect of its passage come in other parts of the bill.
HB1439 would make it state law that all federal “acts, laws, executive orders, administrative orders, court orders, rules, and regulations, whether past, present, or future” which infringe on the people’s right to keep and bear arms “shall be invalid in this state, shall not be recognized by this state, shall be specifically rejected by this state, and shall be considered null and void and of no effect in this state.”
Those federal acts which are considered infringing are spelled out in HB1439, including, but not limited to: 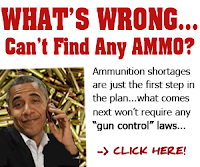 Missouri courts and law enforcement agencies would be required to actively protect the right to keep and bear arms from such infringements.
The legislation also specifically bans all state employees from enforcing or attempting to enforce any federal acts running counter to the proposed law. These provisions banning state participation in the enforcement of federal gun control measures are based on the virtually-undisputed long-standing legal doctrine known as “anti-commandeering.” Court precedent from 1842 to 2012 holds the feds simply cannot require state to help them carry out their acts. In short, the state can simply stand down, leaving enforcement to a seriously undermanned federal government.
Such a tactic is an extremely effective way to stop a federal government busting at the seams. Even the National Governors Association admitted the same recently when they sent out a press release noting that “States are partners with the federal government in implementing most federal programs.”
In practice, this means states can create impediments to enforcing and implementing “most federal programs.” On federal gun control measures, Judge Andrew Napolitano suggested that a single state standing down on enforcement would make federal gun laws “nearly impossible to enforce” within that state.
James Madison, the “Father of the Constitution,” advised this very tactic as well. Madison supplied the blueprint for resisting federal power inFederalist 46. He outlined several steps that states can take to effective stop “an unwarrantable measure,” or “even a warrantable measure” of the federal government. Madison called for “refusal to cooperate with officers of the Union” as a way to successfully thwart federal acts.
An emergency clause was added to the bill before final passage. This would make the bill effective sooner than the required 90 days after the session in which it is passed. It requires a two-thirds vote of each chamber.
ACTION ITEMS
1. Missouri – take action in support of HB1439. HERE
2. All Other states – visit our 2nd Amendment Preservation legislative tracking and action center, HERE.
Visit the TenthAmendmentCenter.com where this article first appeared.