31 Ways Turmeric Protects Against The Post-Industrial ‘Chemical Apocalypse’
Posted on: Tuesday, May 20th 2014 at 8:00 pm
Written By: Sayer Ji, Founder 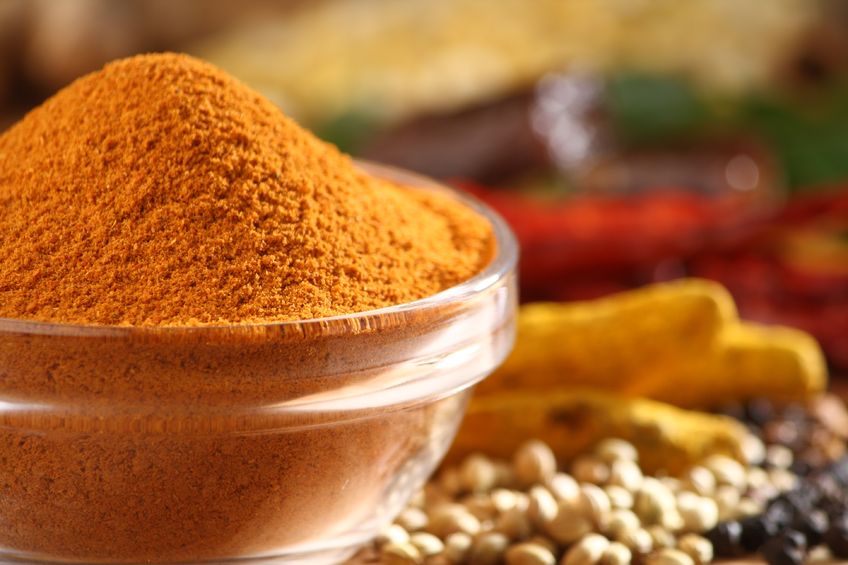 Living in a post-industrial world awash in toxic chemicals this ancient healing spice may be the ultimate answer to regaining your health.

In a world increasingly saturated through with known cancer-causing toxicants, folks are understandably growing despondent.  Thousands of petrochemicals are now found not only in our body care products, foods, and water and air, but also our bodies where they accumulate over time. Some of these chemicals are potent endocrine disrupters and even in exceedingly small concentrations can alter and disrupt a wide range of hormonally driven processes within our bodies.

An accumulating body of research now indicates that this class of chemicals — endocrine disrupters — challenges the conventional toxicological view that ‘the dose makes the poison,’ with smaller concentrations having disproportionately higher toxicity than was first anticipated when pre-approval toxicological risk assessments were first performed on them.

Roundup herbicide’s main ingredient glyphosate, for instance, was recently found in a cell study to have estrogenic (and potentially carcinogenic) activity in the infinitesimal parts-per-trillion concentration range. This is all the more disturbing when you consider that the EPA is acting more like cheerleaders and less like regulators to Big Agra on the issue of how much we can be exposed to.

Parabens, a preservative found in most mainstream body care products and even some foods, was found in human breast tumor samples at concentrations and activity levels even higher than the natural estrogen concentrations normally found there, indicating that synthetic chemicals with hormone-like activity may now be eclipsing the activity of our own natural hormones in the post-industrial nightmare we have created for ourselves.

Bisphenol A (BPA), another chemical used in a wide range of plastics, thermal printer paper, and paper currencies around the world, is also now found in concernedly high concentrations within the human body. All the more reason why a new study indicating that there may be a natural way to mitigate the adverse effects of exposure to this chemical is so promising.

Published in the journal Phytotherapy Research and titled, “Curcumin Modulates miR-19/PTEN/AKT/p53 Axis to Suppress Bisphenol A-induced MCF-7 Breast Cancer Cell Proliferation,” researchers found that the primary polyphenol in turmeric known as curcumin – the golden hued phytocompound which has been the subject of over 5,000 published studies – is capable of reversing the BPA induced activation of cancer causing (oncogenic) pathways within cells exposed to the chemical.  The researchers believe that, “Findings from this study could provide new insights into the molecular mechanisms by which BPA exerts its breast-cancer-promoting effect as well as its target intervention.”

In an ideal world, we could avoid exposure to the chemicals and therefore go without protective supplements or food extracts by eating clean, preservative and chemical-free food.  But the situation is getting worse not better. USDA certified organic food, for instance, includes a sizable list of exceptions to the ‘chemical free’ standard we have grown accustomed to expecting from organic food.  The non-GMO project, while admirable, generates a false sense of consumer security by implying that non-GMO certified food is also pesticide and agrochemical free, which it often is not. In a world of uncertainty about the most important thing you can do to ensure your health – good, clean, healing food – we must take precaution, and turmeric (and its polyphenol curcumin) may just be the world’s most important herb when it comes to reducing the risk of harm from the battery of modern day chemical, radiation, electromagnetic, and infectious exposures – not to mention stress induced adverse physiological changes.

At Greenmedinfo.com we have dedicated a good portion of our time indexing research on the many ways that turmeric and curcumin can protect and in some cases recover our health. You can visit our turmeric research page for a list of no less than 600 health conditions that have been studied to possibly benefit from its consumption. The list is so impressive that we have theorized that if there is an intelligent design within Nature, and if certain species of plants are ideally suited to benefit certain animal species, turmeric may very well be an embodiment of compassion.  At the very least turmeric must be recognized as an embodiment of profound intelligence, as it possesses the ability to modulate over 170 distinct physiological processes within the body in a way that can ameliorate physical suffering.

For a brief snapshot of the ways in which turmeric protect against chemical and/or toxin exposure, take a look at the experimentally verified forms of protection it offers against the following toxic substances:

via 31 Ways Turmeric Protects Against The Post-Industrial ‘Chemical.