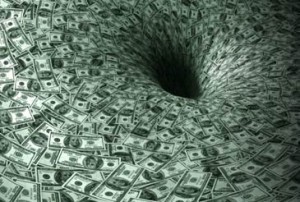 By Rodney Lee Conover
Illegal immigrants may be testing Obama’s resolve to grant amnesty. He is now calling their numbers a ‘crisis’. Do ya think?
The number of minors crossing the border without adults is up 92% since last year, a stroke aimed (by Central American news agencies) at appealing to the sympathies of Americans, and which is, by all accounts, condoned by voter-hoarding Democrats in particular.
CBS News reported this today:

About 700 unaccompanied minors mostly from Central America were sleeping on plastic boards at a Border Patrol warehouse in Nogales, Arizona, this weekend, the vast majority flown from South Texas. It is the latest illustration of how a wave of immigrants from Honduras, El Salvador and Guatemala has overwhelmed U.S. border authorities. President Barack Obama called the surge a crisis last week and appointed the Federal Emergency Management Agency to lead the government’s response. Here are some questions and answers.
WHAT IS THE SCOPE OF THE PROBLEM?
Illegal border crossings soared for several years in South Texas, which recently surpassed Arizona as the busiest corridor. The Border Patrol’s Rio Grande Valley sector made 148,017 arrests from Oct. 1 to May 17, far higher than the 62,876 caught in Tucson, Arizona, which is the second-busiest crossing point.
The dramatic shift is taxing U.S. authorities because Hondurans, Salvadorans and Guatemalans make up about 75 percent of those caught in South Texas, the traditional entry point for Central Americans. For decades, the vast majority of people who crossed the border illegally were from neighboring Mexico and could be deported the same day on a short bus ride to the nearest crossing. Central Americans are sent home on U.S. government flights, a more daunting challenge.
An unusually large number of those crossing in South Texas are unaccompanied children, many seeking to join parents who are already in the U.S. illegally. Authorities arrested 47,017 unaccompanied children on the border from October through May, up 92 percent from the same period a year earlier. A draft Border Patrol memorandum estimates that number could reach 90,000 in the fiscal year ending Sept. 30, up from a previous government estimate of 60,000.
WHY NOW?
Rampant crime and poverty across Central America is a big reason. Honduras has the highest murder rate in the world, with 90.4 homicides per 100,000 inhabitants, according to the U.N. Office on Drugs and Crime. The World Bank says nearly 60 percent of Honduras’ 8 million people live in poverty.
Some Republican lawmakers and administration critics say lax enforcement practices encourage children to make the perilous journey. They cite an opinion by U.S. District Judge Andrew Hanen of Brownsville, Texas, in December that blasted authorities for releasing a Salvadoran girl to her mother, who hired a smuggler to transport her daughter and was in the country illegally.
“(The government) has simply chosen not to enforce the United States’ border security laws,” the judge wrote.
The government has released some immigrants but refused to say how many. The U.S. Immigration and Customs Enforcement agency says it will make “appropriate custody determinations.”
WHAT’S BEING DONE?
The Obama administration has asked Congress for $1.4 billion to help house, feed and transport children and plans to temporarily house more than 1,000 at military bases in Ventura, California; San Antonio, Texas; and Fort Sill, Oklahoma.
Immigration officials, by policy, do not keep children in detention. They are transferred to the Department of Health and Human Services’ Office of Refugee Resettlement to be housed in shelters until they can be reunited with parents or guardians.
A Homeland Security official said Health and Human Services turned to the Border Patrol to house children temporarily at the Nogales warehouse starting May 31 because they were overwhelmed. About 2,000 vinyl-covered mattresses were ordered, and the official expected the population there to double to 1,400.
On Sunday, about 60 children arrived at the Nogales shelter and the same number left after they were moved to other locations, said the official, who was not authorized to discuss the matter publicly.
Carlos de Leon, Guatemala’s vice consul in Phoenix, said portable showers arrived Friday and a contractor was brought in to serve hot meals Sunday.
“It’s not a shelter, but the conditions are getting better,” said de Leon, who visited Sunday and reported there were 280 Guatemalan children.
Tony Banegas, Honduras’ honorary consul in Phoenix, said the first toothbrushes and toothpaste were expected Monday. Children who had not bathed in days were rotating through four showers. He said there were 236 Honduran children there on Saturday, including an 8-year-old.
The government has also been flying families from South Texas to Arizona and El Paso, Texas, and releasing them at bus stations. ICE has only one detention facility for families — an 85-bed center in Pennsylvania.

This benevolent attitude toward children–other nation’s children sent into the brutal world as young as age 8 by their own parents, is turning the U.S. into a massive day care center. No, it’s worse than that. . .a massive foster care center where the new parents, known as ICE and FEMA, foot the entire bill.
Delivered by The Daily Sheeple

Contributed by Joe Wurzelbacher of Joe For America.

Joe “The Plumber” Wurzelbacher crashed on the scene in 2008 when a chance run-in with then candidate Barack Obama allowed Joe to confront the soon-to-be president on his tax-and-spend Socialist philosophy. It was then, in a moment of clarity, Barack Obama let slip his real agenda; “I just want to spread some of that wealth around…” In an effort to inform the public Joe created the Joe for America web site, where you can find commentary, videos and ideas covering a wide array of topics from leading thinkers. You can also follow him on Facebook, Twitter or Youtube.