Living near farms and fields can put a fetus at risk
By Arielle Duhaime-Ross on June 23, 2014 12:01 am Email @ArielleDRoss108COMMENTS
DON’T MISS STORIES FOLLOW THE VERGE 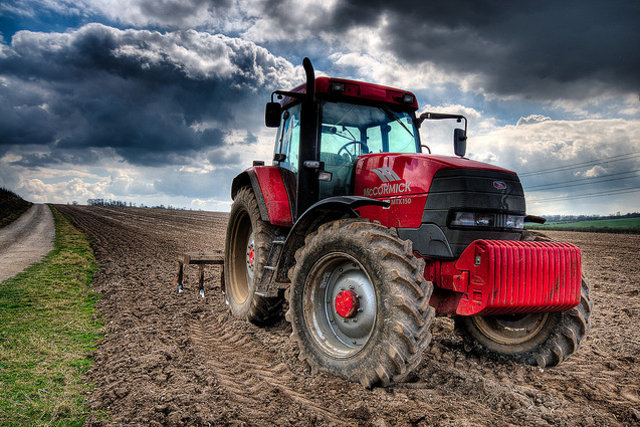 (Andrew Stawarz / Flickr)
Complications during pregnancy, viral infections, and genetic disorders have all been associated with autism. But for the past few years, an increasing number of researchers have started to focus their attention on another important risk factor: environmental pollutants. These neurotoxins, which include everything from pesticides, to mercury and diesel, are thought to alter brain development in fetuses. Now, a new study further confirms this link by showing that pregnant women who live within a mile of farms and fields where pesticides are employed see their risk of having a child with autism increase by 60 percent — and that risk actually doubles if the exposure occurs in the third trimester.
“Pesticides are one of the toxicants that appear to have the strongest association with autism,” says Dan Rossignol, an autism expert at Jeff Bradstreet’s International Child Development Resource Center inFlorida who did not participate in the study, published today in Environmental Health Perspectives. These latest results, he says, “strengthen that association.”
In the study, researchers linked data from the California Pesticide Use Report to the residential addresses of 970 children participating in the ongoing Childhood Autism Risks from Genes and Environment (CHARGE) study. This allowed the scientists to make connections between various developmental delays, and the types of chemicals that mothers may have been exposed to before conception, and during pregnancy. They also took note of prenatal vitamin intake, socio-economic status, and metabolic disorders during pregnancy to avoid interference by possible confounders.
THE RISK COULD GO UP “AS MUCH AS THREEFOLD.”
“Women who live within a mile of organophosphate or pyrethroids agricultural pesticide applications were more likely to have a child with autism spectrum than women living further away,” said Janie Shelton, an epidemiologist at the University of California Davis and lead author of the study, in an email to The Verge. Currently, 1 in 68 American children have some form of autism spectrum disorder. But the risk could go up “as much as threefold” when women are exposed to organophosphates later in pregnancy, Shelton said. This means that scientists need to “investigate [these results] further, while taking preventive steps to decrease exposure to women during and just prior to conception.”
For Rossignol, “the only type of study that would have been better” would have been a study “where women were followed before, during, after pregnancy — as well as their babies — to determine if, over time, those higher exposure to pesticides had a higher risk of autism.” Richard Frye, an autism researcher at the University of Arkansas who was not involved in the study, agrees with Rossignol, and pointed out in an email that “there could be bias in the sample of patients because the participants volunteered for the study.” This means that these participants are the kinds of people that that “seek medical care for their children” — which isn’t necessarily representative of all parents. But overall, both scientists praised the study’s design.
PREGNANT WOMEN SHOULD AVOID CONTACT WITH AGRICULTURAL PESTICIDES
Shelton and her team would like to continue the research — if they can get more funding. One of their goals is to find out if certain sub-groups are more vulnerable to pesticide exposure. But, regardless of the outcome, Shelton thinks the message is clear: Pregnant women should avoid contact with agricultural pesticides.
“The neurotoxicity of many agricultural agents have been suspected from animal studies for sometime,” Frye said, so “this information needs to be taken seriously for not only expecting women, but women who are planning to become pregnant.” He thinks that taking steps to prevent autism and other developmental delays is “much better for society” than treating children “once they have been born with such abnormalities.” But to do that, he said, we need to proactively educate mothers about the risks — and what they can do to fight back. “Simple things like proper nutrition and folate supplement [intake] is still suboptimal in some areas,” but these are “simple factors that can have a large impact at preventing autism and developmental disorders.”
Study Further Confirms Link Between Autism and Pesticide Exposure
Adan
Mon, 23 Jun 2014 15:13:39 GMT