Michael Snyder
Activist Post
Are you ready to have your veins scanned every time you use your bank account? Are you ready to use a “digital tattoo” or a microchip implant to unlock your telephone? Once upon a time we read about such technologies in science fiction novels, but now they are here. The era of widespread biometric identification and microchip implants is upon us, and it is going to change the way that we live.
Proponents of these new technologies say that they will make our private information and our bank accounts much more secure.  But there are others that warn that these kinds of “Big Brother technologies” will set the stage for even more government intrusion into our lives. In the wrong hands, such technologies could prove to be an absolute nightmare.
Barclays has just announced that it is going to become the first major bank in the Western world to use vein scanning technology to control access to bank accounts. There will even be a biometric reader that customers plug into their computers at home…

Barclays is launching a vein scanner for customers as it steps up use of biometric recognition technology to combat banking fraud.

The bank has teamed up with Japanese technology firm Hitachi to develop a biometric reader that scans a customer’s finger to access accounts, instead of using a password or PIN.

The biometric reader, which plugs into a customer’s computer at home, uses infrared lights to scan blood flow in a person’s finger. The user must then scan the same finger a second time to confirm a transaction. Each “vein profile” will be stored on a SIM card inside the device.

Vein recognition technology is used by some banks in Japan and elsewhere at ATM machines, but Barclays said it is the first bank globally to use it for significant account transactions.

But Barclays is not the only one that is making a big move into biometric identification.
Online retailing behemoth Alibaba is going to start using fingerprint scanning in an attempt to make their transactions more secure…

Alibaba, the giant Chinese online retailer, is integrating fingerprint scanning into its Alipay Wallet app. Foxconn, the Taiwanese manufacturer of the iPhone and iPad, threw nearly $5 million at Norway’s NEXT Biometrics, which develops fingerprint scanning technology, back in May. And earlier this month it took a 10% stake for $2 million in AirSig, a Taiwanese company that uses smartphones’ built-in gyroscopes to track air handwriting. The company says AirSig provides three-factor authentication: your signature, your phone, and the way you sign with a flourish in mid-air. 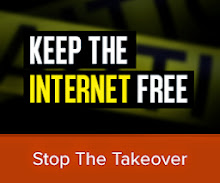 It is only a matter of time before more banks, online retailers and major websites start using this kind of technology.  We live at a time when theft on the Internet threatens to spiral out of control, and big corporations are going to be continually looking for answers.
Cell phone security is another area of great concern these days.  If someone can get a hold of your phone and unlock it, that person can potentially do all sorts of damage.
So Motorola has developed a “digital tattoo” that will be used to ensure that only the owner of a phone is able to unlock it.  The following is how Motorola described these new digital tattoos…

Made of super thin, flexible materials, based on VivaLnk’s eSkinTM technology, each digital tattoo is designed to unlock your phone with just a touch of your Moto X to the tattoo, no passwords required. The nickel-sized tattoo is adhesive, lasts for five days, and is made to stay on through showering, swimming, and vigorous activities like jogging. And it’s beautiful—with a shimmering, intricate design.

It’s another step in making it easier to unlock your phone on the go and keep your personal information safe. An average user takes 2.3 seconds to unlock their phone and does this about 39 times a day—a process that some people find so inconvenient that they do not lock their phones at all. Using NFC technology, digital tattoos make it faster to safely unlock your phone anywhere without having to enter a password.

Pretty bizarre stuff, eh?
But others are taking cell phone security to even greater extremes.
For example, some people were actually implanting themselves with microchips in anticipation of the release of the iPhone 6 on September 9th…

With a wave of his left hand, Ben Slater can open his front door, turn on the lights and will soon be able to start his car. Without even a touch he can link to databases containing limitless information, including personal details such as names, addresses and health records.

The digital advertising director has joined a small number of Australians who have inserted microchips into their skin to be at the cutting edge of the next stage of the evolution of technology.

Slater was prompted to be implanted in anticipation of the iPhone 6 release on September 9.

The conjecture among pundits and fans worldwide over what chief executive Tim Cook will reveal is building.

At present the iPhone cannot read microchip implants. However, Mr Slater believes the new version will have that capability. His confidence is now lodged between his thumb and forefinger.

Of course this kind of thing is not new.  People have been getting implanted with microchips for years.  If you doubt this, just do an Internet search for “biohackers” and see what you find.
But it is starting to become more mainstream, and there are already some thinkers that are quite eager to use such technology for very authoritarian purposes.
For example, one prominent philosopher recently suggested that we should use implantable microchips to prevent anyone that is “deemed unworthy” from becoming a parent…

Although he admits it “sounds blatantly authoritarian” and “violates just about every core value we possess in a free society,” a noted transhumanist author has
said a world government body should forcibly sterilize anyone “deemed unworthy” of parenthood by using implanted microchips.

Constitutional attorney and civil liberties expert John W. Whitehead, founder of The Rutherford Institute, warned LifeSiteNews earlier this year that political officials would long to use this seminal technology.

In an article for Wired.com today, philosopher Zoltan Istvan wrote that the notion first crossed his mind when he heard a blonde nurse say, “with 10,000 kids dying everyday around the world from starvation, you’d think we’d put birth control in the water.”

After careful thought, in an effort to “give hundreds of millions of future kids a better life, I cautiously endorse the idea of licensing parents,” Istvan wrote today.

You might be tempted to think that this is crazy talk.
But the truth is that this kind of technology is already being developed.
In a previous article, I quoted a news article which discussed how billionaire Bill Gates is funding the development of a birth control microchip that “acts as a contraceptive for 16 years”…

Helped along by one of the world’s most notable billionaires, a U.S. firm is developing a tiny implant that acts as a contraceptive for 16 years — and can be turned on or off using a remote control.

The birth control microchip, funded by the Bill and Melinda Gates Foundation, would hold nearly two decades worth of a hormone commonly used in contraceptives and dispense 30 micrograms a day, according to a report from the MIT Technology Review.

The new birth control, which is set to begin preclinical testing next year with hopes of putting it on shelves in 2018, can be implanted in the buttocks, upper arm or abdomen.

Yes, I know that a lot of the things that I have talked about in this article sound really weird.
But the reality of the matter is that technology is changing at an exponential rate, and our world is going to get crazier and crazier as time goes by.
Are you ready for what comes next?
This article first appeared here at the Economic Collapse Blog.  Michael Snyder is a writer, speaker and activist who writes and edits his own blogs The American Dream and Economic Collapse Blog. Follow him on Twitter here.