» Newsletter Content Alex Jones’ Infowars: There’s a war on for your mind!

Here are the best political cartoons that sum up King Obama’s amnesty for
millions of illegals and Obama’s own statements admitting that executive
amnesty is unconstitutional and lawless. 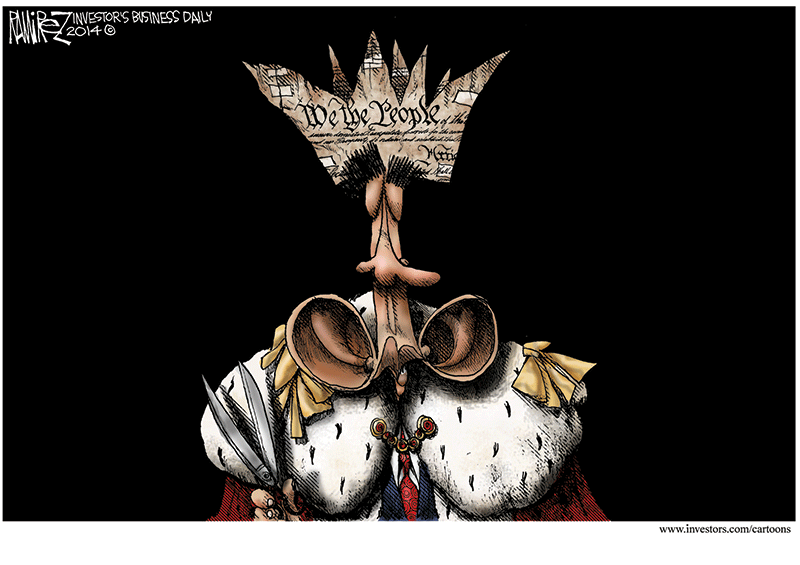 Now, what you need to know, when I’m speaking as President of the United

States and I come to this community, is that if, in fact, I could solve

all these problems without passing laws in Congress, then I would do so.

But we’re also a nation of laws. That’s part of our tradition. And so

by violating our laws. And what I’m proposing is the harder path, which

want to achieve. But it won’t be as easy as just shouting. It requires

us lobbying and getting it done. 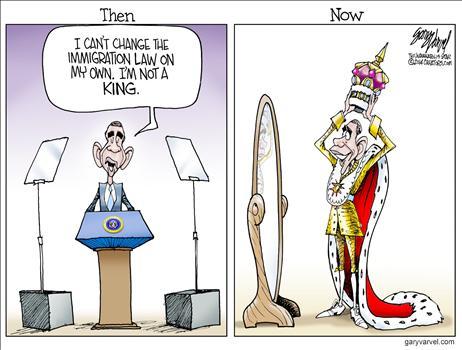 Now, I know some people want me to bypass Congress and change the laws on my

own. And believe me, right now dealing with Congress — believe me —

believe me, the idea of doing things on my own is very tempting. I

promise you. Not just on immigration reform. But that’s not how — that’s

That’s not how our Constitution is written. 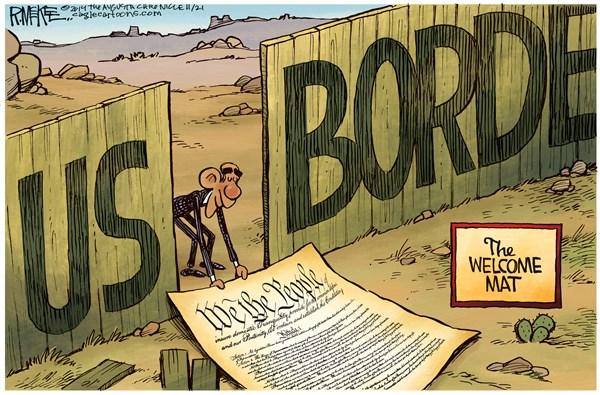 executive order, that’s just not the case…. There are enough laws on the

enforce our immigration system that for me to simply through executive

order ignore those congressional mandates would not conform with my

Perhaps the most accurate cartoon ever! “@Speeder_14: So you voted my party out of office? Take this…Obama pic.twitter.com/ddbGkT3DC0” #USA

the laws unilaterally is just not true. We are doing everything we can

administratively. But the fact of the matter is there are laws on the

books that I have to enforce. And I think there’s been a great

comprehensive immigration passed by perpetrating the notion that

somehow, by myself, I can go and do these things. It’s just not true….

We live in a democracy. You have to pass bills through the legislature, 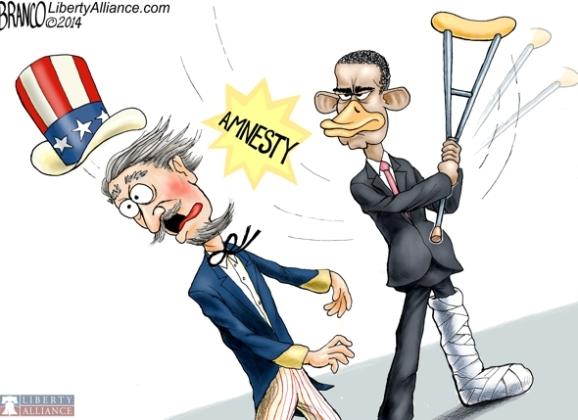 Lame duck session may bring in amnesty by Obama against the will of the people. Cartoon by A.F.Branco ©2014. 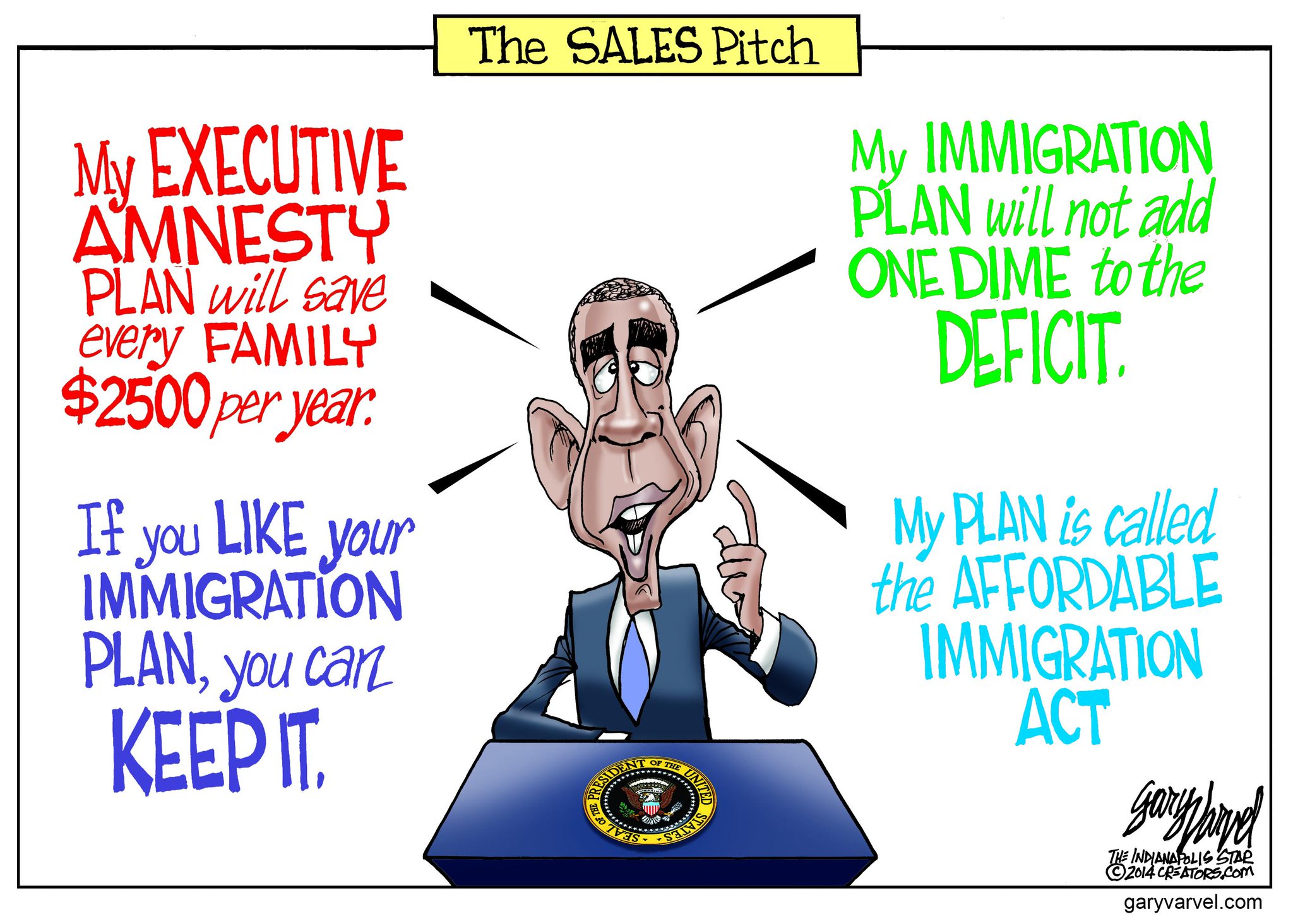