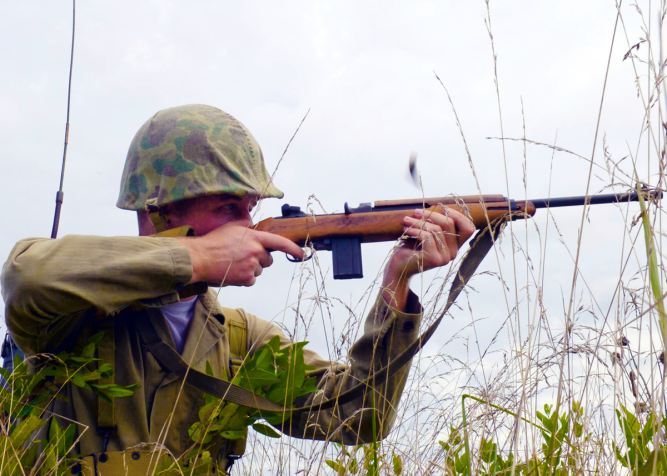 Under Title VIII of the Division C (DoD Appropriations Act), as part of the Continuing Resolution (CRomnibus), Congress made it very clear that none of the funds were to be used to dispose of older-style and much beloved military rifles and handguns. Also included is a mention of small arms ammunition.  While this text has appeared in the Defense Appropriations Acts before, it is important to note that it is still there, especially in light of many in congress being strong anti-gun advocates. For the longest time civilians have been able to purchase these surplus weapons directly from the military, and it seems that Congress preserved that capability.

A quick search around Facebook or gun forums you will see a plethora of people who love the M1 Garand, M14, and M1911. There is a cult following that is very loyal and are very happy that these weapons will be preserved to either fight another day or be sold on the civilian market.

Below is the text of the provision we are talking about:

SEC. 8018. None of the funds available to the Department of Defense may be used to demilitarize or dispose of M–1 Carbines, M–1 Garand rifles, M–14 rifles, .22 caliber rifles, .30 caliber rifles, or M–1911 pistols, or to demilitarize or destroy small arms ammunition or ammunition components that are not otherwise prohibited from commercial sale under Federal law, unless the small arms ammunition or ammunition components are certified by the Secretary of the Army or designee as unserviceable, unsuitable, or unsafe for further use.

You can read the entire Continuing Resolution here: CRomnibus.