Along with a petrol-based chemical

Ever wonder what makes up highly popular fast food, such as McDonald’s chicken nuggets or french fries? If the fast food giants recently launched ‘transparency campaign’ tells us anything, it’s that the public is increasingly demanding truth and change. But what McDonald’s ‘truth campaign’ isn’t telling us is that much of its food is lathered in questionable, health-compromising ingredients.

In the most recent transparency video from McDonald’s, Grant Imahara explains that there are 19 ingredients in America’s favorite fries, one of which is polydimethylsiloxane, which is used in the production of silly putty. This seemingly ‘essential’ french fry-Silly Putty ingredient has been making headlines, and I can tell you that it won’t be the last headline you see.

During his ‘investigation,’ he found that dimethylpolysiloxane is used in the making of McDonald’s fries along with a petrol-based chemical called tertiary butylhydroquinone (TBHQ). While anyone might immediately suspect that these ingredients may pose a hazard (and you wouldn’t be wrong), Grant reassures viewers that these are both safe additives used for perfectly good reasons.

You can view the video below to see McDoanld’s segment on how its french fries are made, taking a tour through a McDonald’s factory.

Dimethylpolysiloxane is added for safety reasons to prevent cooking oil from foaming, while tertiary butylhydroquinone (TBHQ) is applied as a food preservative. Can’t have fries that don’t last a few years, right?

Here are some of the questions and answers McDonald’s uses in an attempt to sway public opinion. Unfortunately, it doesn’t touch on the issues that are leading to a loss in profits for the mega-corp. 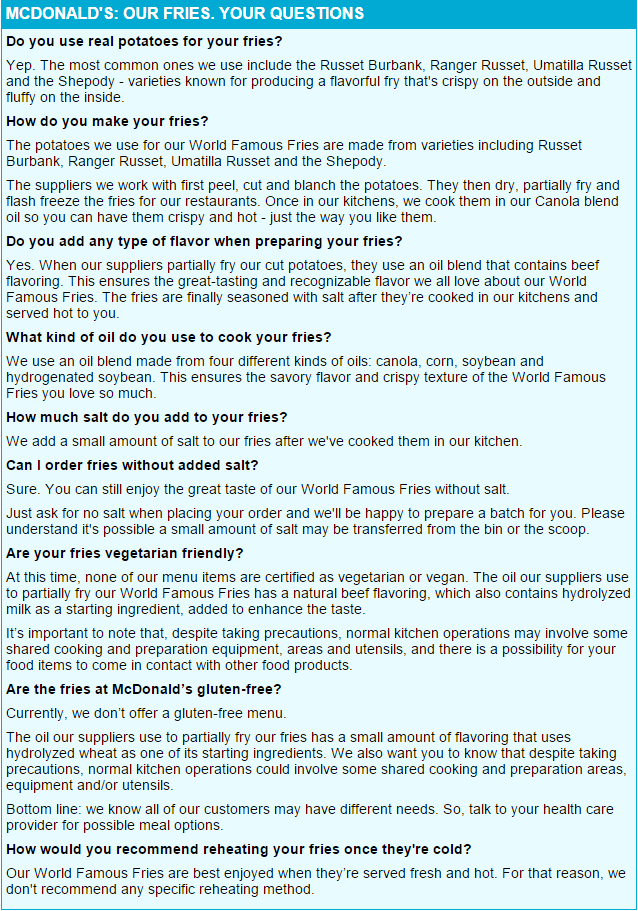 Of course finding such ingredients in the fast food giant’s french fries isn’t so surprising – much of McDonald’s’ food is tainted in more than one way. For example, containing over 70 ingredients, the McDonald’s sought after McRib is full of surprises — including ‘restructured meat’ technology that includes traditionally-discarded animal parts brought together to create a rib-like substance. It also contains a little-known flour-bleaching agent known as azodicarbonamide. 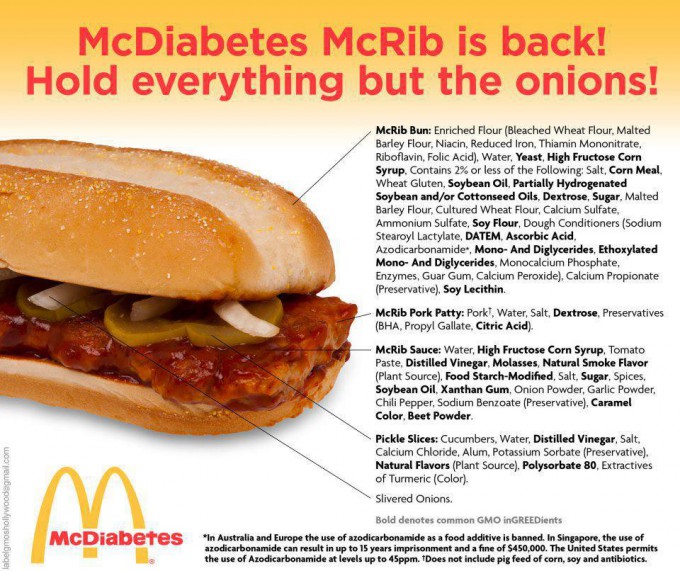 What do you think? Are these the reasons why McDonald’s is facing recent public rejection? It seems the fast food giant is attempting to make some changes, though maybe not fast enough.

Google Plus Profile| Mike is the co-founder, editor, and researcher behind Natural Society. Studying the work of top natural health activists, and writing special reports for top 10 alternative health websites, Mike has written hundreds of articles and pages on how to obtain optimum wellness through natural health.