A shocking illustration of how truly intolerant self-proclaimed “tolerant liberals” really are occurred today in Austin, Texas when pro-abortion agitators from a group called ‘Red Guard’ attempted to physically censor the free speech of pro-life advocates before attacking recording equipment during an Infowars live stream of the demonstration. 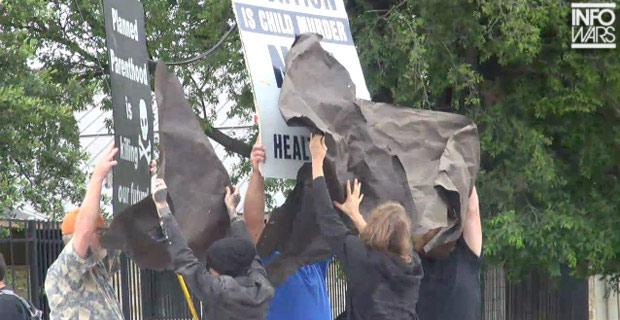 “Tolerant” liberals who cannot tolerate anyone else expressing an opinion that differs to theirs.

The protest took place outside a Planned Parenthood facility in Austin to draw attention to the fact that on average a black baby is aborted every minute in the United States and that black women are twice as likely to have abortions in comparison to whites.

This issue has been completely overlooked by the #BlackLivesMatter movement, which apparently thinks little of the hundreds of thousands of black babies every year that never even get a chance at life, including in major cities like New York where more black babies are aborted than ones actually born. 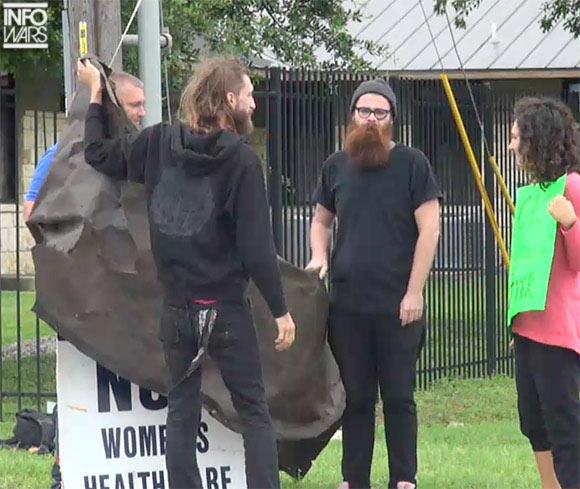 Your free speech ends where a liberal’s opinion begins. http://www.infowars.com/obama-supporters-censoring-signs-at-blacklivesmatter-abortion-protest/ …

The peaceful pro-life event was soon hijacked by spiteful, angry leftists who, instead of respecting the First Amendment and conducting their own parallel protest, chose to physically block signs being held up by pro-life activists with rudimentary pieces of cardboard and paper.

Red Guard agitators then attempted to hijack the live broadcast of the event, which was being simulcast on national radio, by engaging in a string of foul mouth expletives, which served as a cover for their inability to actually defend their own views on the issue when challenged.

Given that the group routinely marches under the hammer and sickle of the Communist Party – a symbol associated with the slaughter of tens of millions of people – it’s unsurprising that these thugs also like to burn literature with which they disagree – another hallmark of totalitarian regimes throughout history. 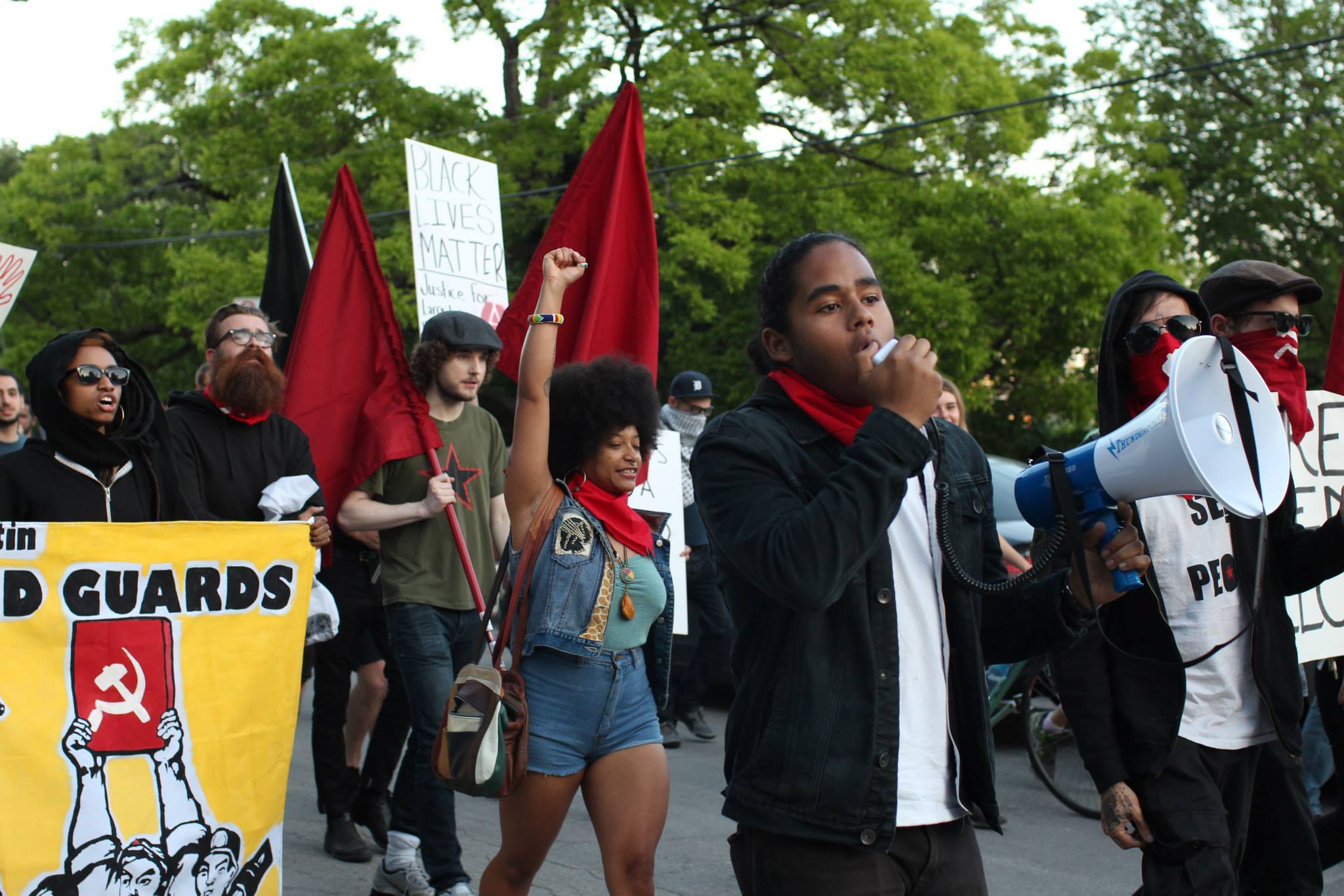 This is how leftists think they’re gonna endear #BlackLivesMatter to the nation. Marching under the hammer & sickle. 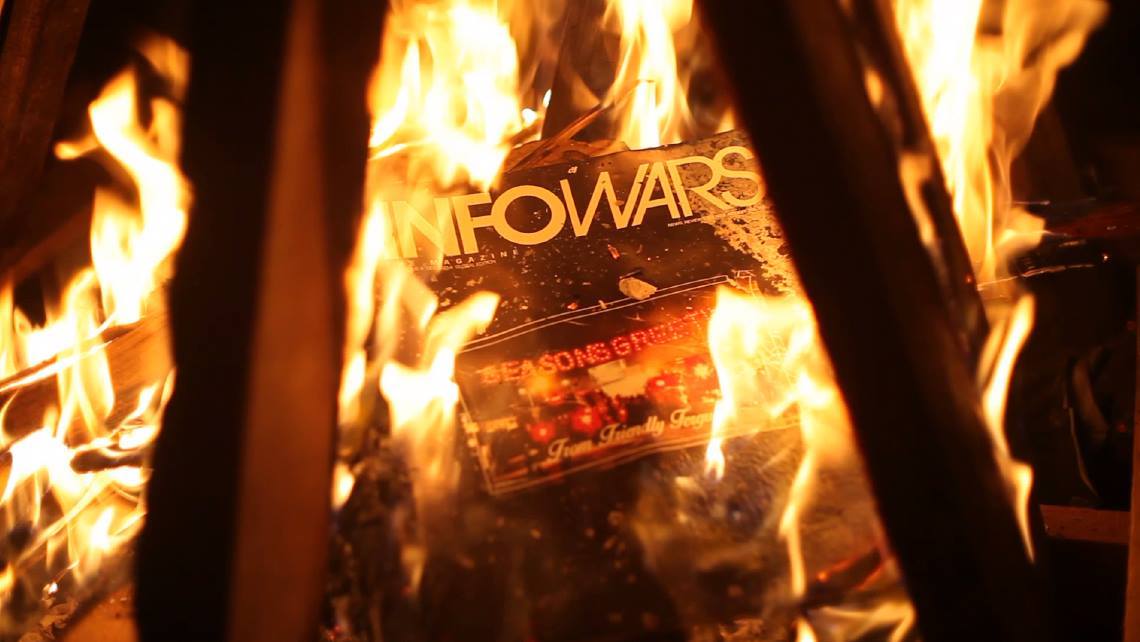 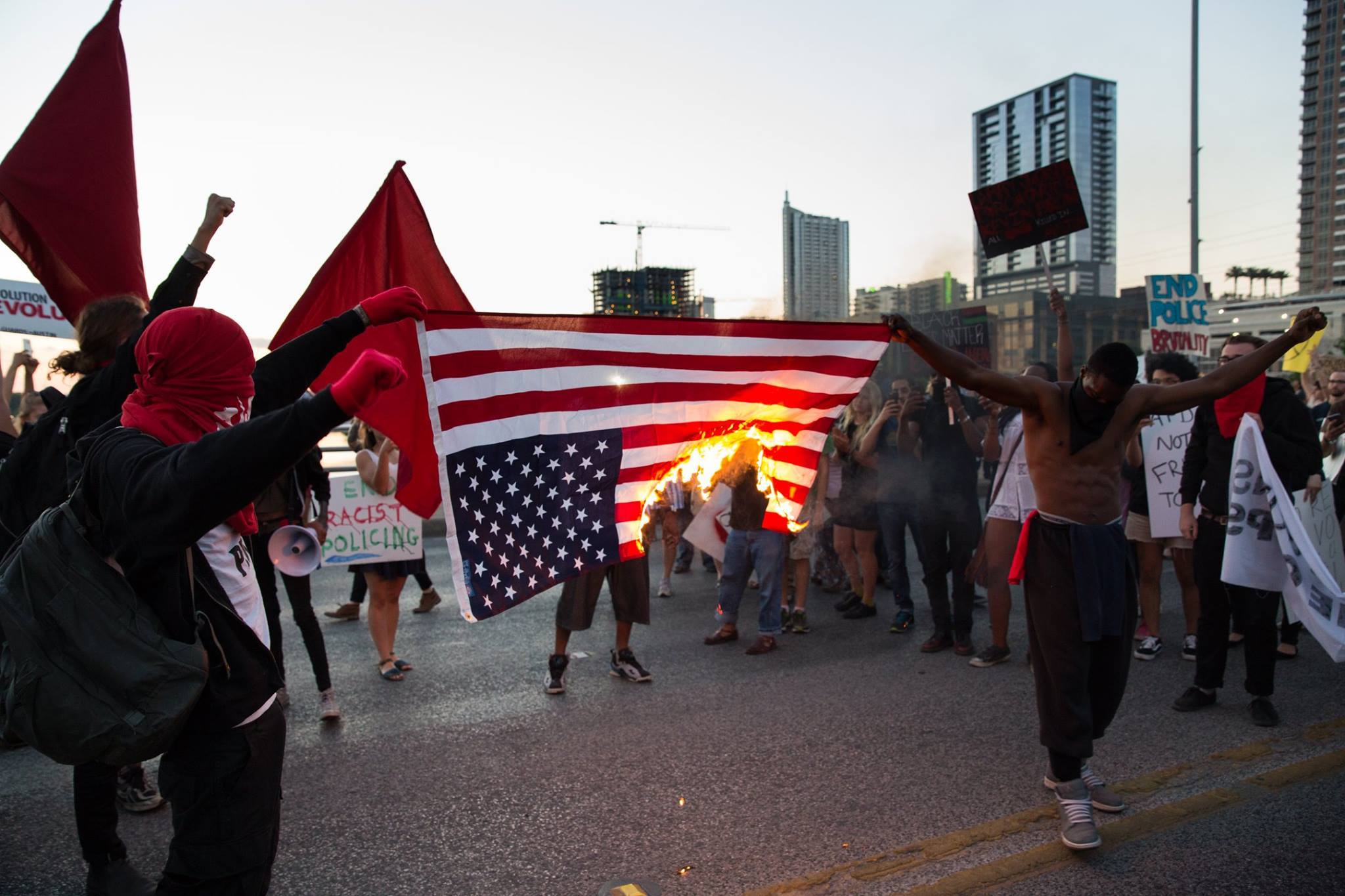 This is how leftists think they’re gonna endear #BlackLivesMatter to the nation. Burning the American flag. 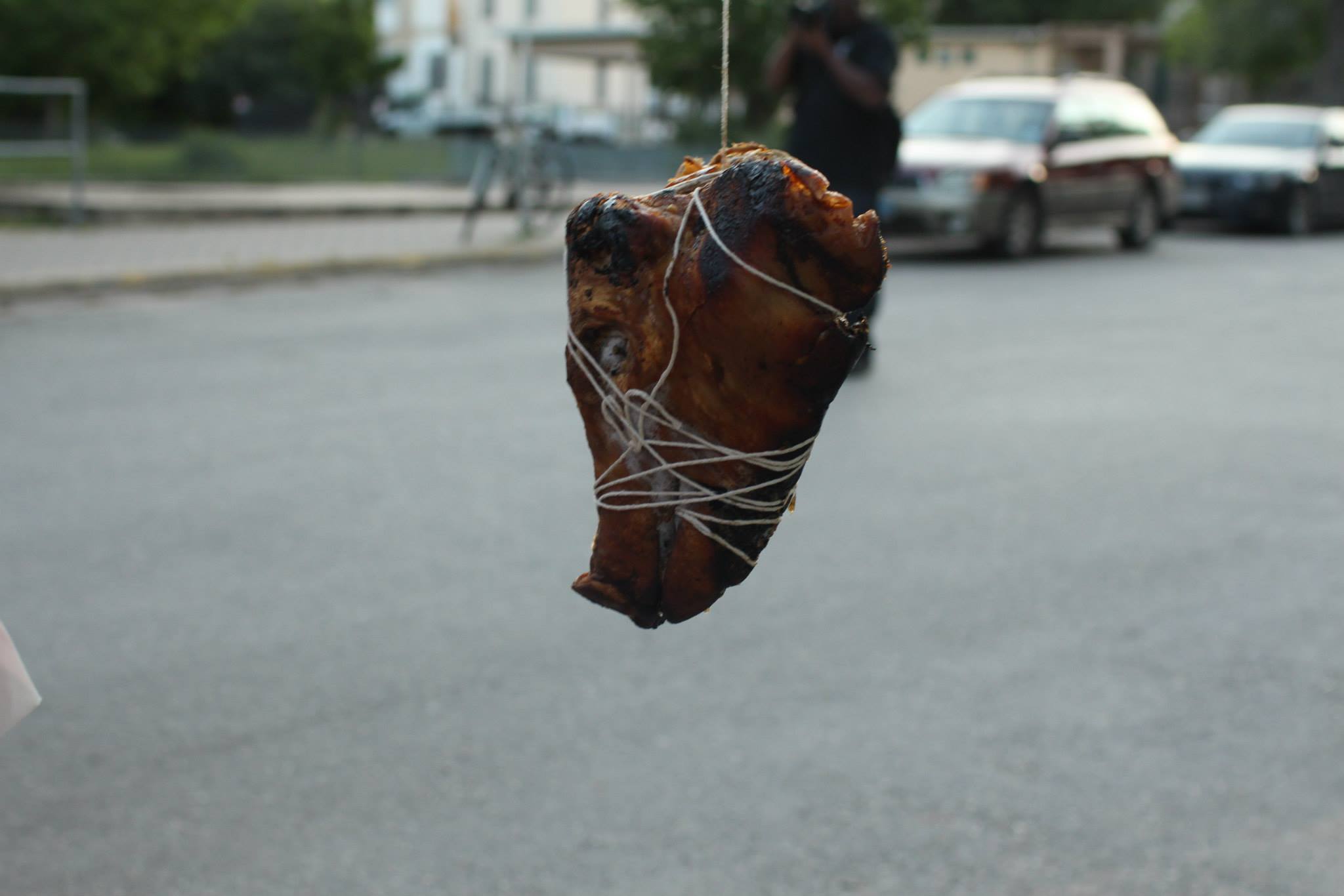 This is how leftists think they’re gonna endear #BlackLivesMatter to the nation. Displaying pig’s heads.

However, physically impeding the First Amendment rights of their fellow citizens wasn’t enough for these thugs – whose only argument seemed to comprise of mindlessly spouting the words “racist” and “sexist” over and over again – they then proceeded to physically attack expensive recording equipment that Infowars was using to broadcast the live show.

This serves as yet another reminder that leftists are some of the most crazed, aggressive, violent, and intolerant people on the planet who will go to any lengths to censor and intimidate anyone who dares disagree with them.

We invite our readers to express their First Amendment rights by visiting the Red Guard’s Facebook pageand letting them know what they think of the group’s behavior.