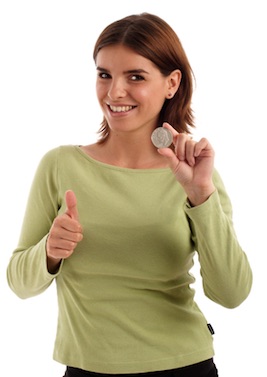 A few weeks back the US Mint announced that US Treasury Secretary, Jack Lew, had ordered them to stop selling the #1 retail silver coin in the world…the 1oz Silver Eagle. He ordered it because too many were being sold at the low, manipulated silver price below $15/oz and he knew that there was more pain to come in the silver price suppression so he cut off supply to slow the physical dishoarding of the remaining stockpiles of silver.

That’s the truth and there is no other way to describe it.

Yesterday, the US Mint announced that the sales of US Silver Eagles will resume on July 27th on an allocated basis as mandated by US Treasury Secretary, Jack Lew.

Silver bullion investors will have to wait one more week to buy more 2015 U.S. American Eagle Silver coins from the U.S. Mint.

Friday, the U.S. Mint said announced that it would resume sales of their popular silver coin, on an allocated basis, July 27.

The mint sold out of its American eagle coins July 7 after silver prices dropped below $15 an ounce, creating “significant demand” for the bullion coins. According to sales data compiled by the mint, more than 2.7 million silver coins have been sold in July, completely surpassing sales of 1.98 million coins in 2014. For the year, the mint has sold more than 24.5 million silver coins.

So let me get this straight, the price of silver is plummeting and the demand for silver is going through the roof so much so that the US Treasury Secretary, Jack Lew, found it necessary to halt the production (ie demand) for the #1 use of retail physical silver. His other choice, and the one that is mandated by the Bullion Coin Act of 1985, was to continue purchasing silver blanks to fill demand even though it may drive the price of silver much higher.

BY DEFINITION: US Treasury Secretary, Jack Lew, is artificially manipulating the silver market as his actions are meant to STOP the upward pressure on the price of silver and support the manipulation actions.

US Treasury Secretary, Jack Lew, should be charged for the illegal act of willfully manipulating the silver market!

The bright side of all this: Jack Lew is telegraphing just how long we should expect to see the silver price held down until the next leg up begins – July 27th!

PS – Those thinking this mess is going to be over after the looming market implosion this fall may be in for a very troubling reality…the crash may take much longer as I discuss in my latest book.

Excerpt from Book II “Out of The Darkness” Page 121:

Me: How long will it take for the transition to be over?

Me: No, I mean how long will it take for the chaos to be visible, the destruction to be finished and for us to move on.

Me: Really? I thought this could be a quick process.

God: It is possible for the really big things to happen quickly but the transition will last many lifetimes.

Book II: “Out of The Darkness”
http://www.roadtoroota.com/public/1584.cfm