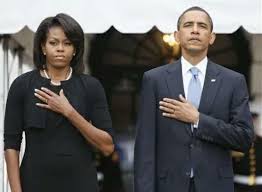 The Department of Commerce is set to hand off the final vestiges of American control over the Internet to international authorities in less than two months, officials have confirmed.

The department will finalize the transition effective Oct. 1, Assistant Secretary Lawrence Strickling wrote on Tuesday, barring what he called “any significant impediment.”

The move means the Internet Assigned Numbers Authority, which is responsible for interpreting numerical addresses on the Web to a readable language, will move from U.S. control to the Internet Corporation for Assigned Names and Numbers, a multistakeholder body based in Los Angeles that includes countries such as China and Russia.

Critics of the move, most prominently Texas Republican Sen. Ted Cruz, have pointed out the agency could be used by totalitarian governments to shut down the Web around the globe, either in whole or in part.

Subscribe today to get intelligence and analysis on defense and national security issues in your Inbox each weekday morning from veteran journalists Jamie McIntyre and Jacqueline Klimas.

Senators warn against plan to let China, Iran in on Internet governance

“The proposal will significantly increase the power of foreign governments over the Internet, expand ICANN’s historical core mission by creating a gateway to content regulation, and embolden [its] leadership to act without any real accountability,” Cruz wrote in a letter sent to Commerce and signed by two fellow Republicans, Sen. James Lankford of Oklahoma and Sen. Mike Lee of Utah.

In the event any facilities are relocated to China, senators noted, they could go in the same building as the agency responsible for censoring that country’s Internet. “We have uncovered that ICANN’s Beijing office is actually located within the same building as the Cyberspace Administration of China, which is the central agency within the Chinese government’s censorship regime,” they wrote, noting that some of the American companies involved with the transition process have already “shown a willingness to acquiesce” to Chinese demands to aid with censorship.

“While this is certainly not illegal, it does raise significant concerns as to the increased influence that governments … as well as the culture of cronyism,” they added.

Opponents similarly made the case that Congress has passed legislation to prohibit the federal government from using tax dollars to allow the transition, and pointed out that the feds are constitutionally prohibited from transferring federal property without approval from Congress. A coalition of 25 advocacy groups including Americans for Tax Reform, the Competitive Enterprise Institute, and Heritage Action sent a letter to Congress making those points last week. A fourth, Americans for Limited Government, joined that letter and issued a separate statement calling for Congress to sue in the event the transfer moves forward.

While those issues could, in theory, lead to a legal challenge being filed in the days following the transfer, the administration has expressed a desire to finish it before the president leaves office, a position that Strickling reiterated.

“This multistakeholder model is the key reason why the Internet has grown and thrived as a dynamic platform for innovation, economic growth and free expression,” Strickling wrote. “We appreciate the hard work and dedication of all the stakeholders involved in this effort and look forward to their continuing engagement.”