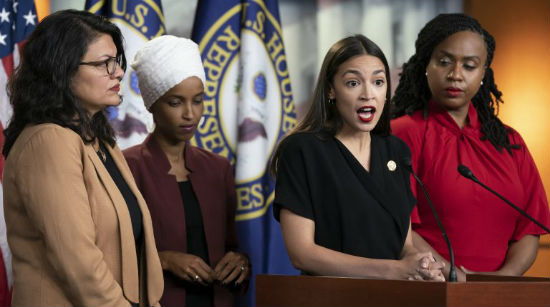 Could this be the end of radical Democratic Rep. Ilhan Omar’s career in Congress?

The Republican Party in Alabama has passed a resolution to expel Omar.

Omar is a member of the socialist “Squad,” which is also comprised of Democratic Reps. Alexandria Ocasio-Cortez, Rashida Tlaib, and Ayanna Pressley.

Hanes told the full executive committee that Omar’s criticism of American troops and her criticism of Israel and call for a boycott of the American ally in the Middle East meant that she no longer deserved to have a seat in Congress.

“I rose to speak to spoke in favor of Representative Tommy Hanes’s resolution calling for the expulsion of Ilhan Omar because I believe The Alabama Republican Party Executive Committee should take the lead in the fight against the Democrat’s remake of America into a socialist nightmare that supports Castro in Cuba, Madura in Venezuela and the Mullahs in Iran,” Hooper said. “Omar consistently makes statements against one of our greatest allies Israel, that ought to be rejected by every American. She ignores her constitutional duty to protect our borders. She does not support American values and should not be allowed to spew her hate of our great country as a member of Congress. Vice President Mike Pence as always is right on this issue. Nancy Pelosi should heed his words and immediately remove her from al committee assignments and let the process for her expulsion begin.”

The measure could be taken up by the Democratic-controlled U.S. House of Representatives — but everyone knows they would never do that.

This scathing resolution comes as Omar is currently engulfed in several scandals.

Omar recently was accused of marrying her own brother to commit marriage and immigration fraud.

Last month, the Democratic lawmaker was accused of potentially having an affair with a married man who works closely with her campaign.

Now, Omar has been accused of funneling large sums of money through her campaign to the man with whom she was having an affair.

Omar’s alleged affair with Tim Mynett is also significant given his business has received over $250,000 from Omar’s campaign.

The allegations against Omar are very serious.

If she violated campaign finance laws and/or illegally funneled money from her campaign to Mynett’s group, she could spend several years in prison.

The Muslim lawmaker is currently divorcing her second husband, has been accused of marrying her brother, and had an affair with Mynett while he was married.

Omar is also facing allegations that she married her own brother for the sole purpose of committing marriage, immigration, and tax fraud.

Related: Omar Facing Years In Prison If Stunning Allegations Against Her Are True