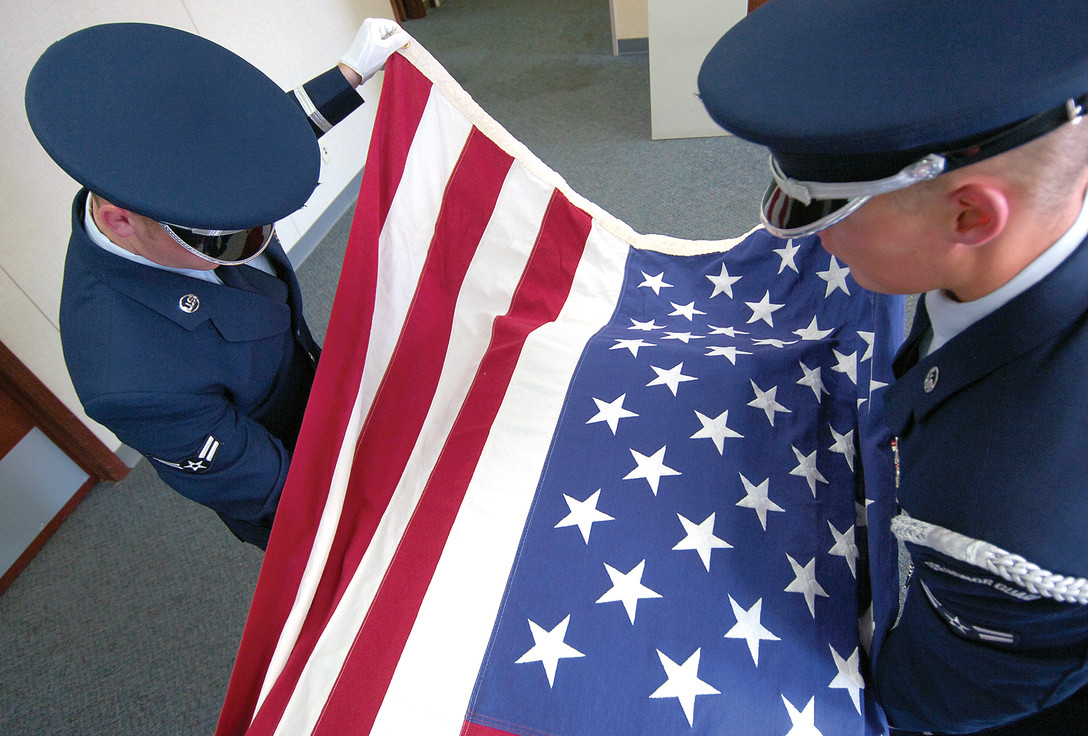 Nathan Kline, who survived scores of missions in a bomber during World War II, took part in some of that conflict’s biggest battles and came home to build a distinguished and happy civilian life, died Monday at Lehigh Valley Hospital.

The Allentown resident was 95 and in good health until recently, said his son, Brian Kline. He died of heart failure.

Family and friends said Kline’s legacy is in inspiring others as a veteran who participated in the D-Day invasion and the Battle of the Bulge, a bombardier/navigator who flew 65 missions over Europe, a decorated U.S. Air Force major, a local business owner who cared about his customers and an active community member who served on the boards of many organizations.

Kline was among the veterans profiled in The Morning Call’s “War Stories” series, an oral history of combat told by the soldiers, sailors and airmen. In 2009, he recounted the hours leading up to D-Day, the Allied invasion of France that marked the beginning of the end for Hitler’s Third Reich.

“We were restricted to our base for 48 hours prior to D-Day,” Kline recalled. “I saw them painting the planes with huge black-and-white stripes. We didn’t know what was going on. It turns out they were going to have a couple thousand planes up in the air at the same time, and they wanted to be able to distinguish them from the enemy.

“On June 6, we were called to a briefing at 3 o’clock in the morning. It was maybe a quarter-mile from our barracks, and we got there on bicycles in the twilight.

“I can’t remember our squadron commander’s exact words, but they were something like, ‘This is the day.’”

The couple’s children, Brian and Janice, grew up working in their father’s auto supply store when not in school. Brian swept floors, stocked shelves and took customer orders, while Janice mailed out thank-you letters to customers and their mother did the bookkeeping.

A personal fitness trainer, Brian Kline of Katy, Texas, still power-lifts at age 69, having competed in 127 meets since 1973 and broken 18 world records, 25 American records and over 50 state records. Brian broke these records after undergoing a 1993 quadruple bypass heart surgery performed by the same surgeon who did similar procedures on his father, sister and paternal grandmother.

He credits his competitive drive and entrepreneurial spirit to his father’s example and support.

“My fondest memory is of Dad swearing me into the Air Force after I graduated high school,” said Brian, who was stationed in Sumter, South Carolina, and discharged as a sergeant after two years of service. “He was smart. I often went to him for advice.”

Brian also inherited a desire to stay physically fit from his father.

“Dad regularly worked out in the gym into his older years,” he said. “He was in decent health right up until about two months before he died. He got to live a good, long, honorable life.”

Retired from the sales industry, Janice Kline of Houston remembers a strict but loving father who taught his children the values of honest hard work, punctuality, dependability and loyalty.

“He never raised his voice, but he knew how to get his message across about how he wanted us to conduct ourselves,” said Janice, who loved driving her father’s car to deliver auto body paint.

“I remember being home from college and sitting with the family at the dinner table one evening,” she said. “During conversation, I said a curse word for the very first time in my family’s presence. I don’t even remember what the word was, but I remember my dad just looking at me and asking, ‘Is this why I send you to college?’”

One of Janice Kline’s fondest memories is of her father being honored by then-Vice President Joe Biden in 2014. That year, America saluted troops who had been part of the D-Day invasion 70 years earlier.

Janice emailed the White House about her father being part of D-Day and turning 90 that year. Biden responded with a personally written and signed letter, including the email she had sent, thanking and praising her father for his service.

“I’m going to miss having my dad around to talk to every weekend,” she said through tears.

Kline’s World War II service extended far beyond D-Day. His 65 bombing missions totaled more than 400 combat hours. He earned 10 Air Medals and got through the war, his own words, “without a bruise,” though he had some close calls.

One came on D-Day.

“On the way back to England, just as we were leaving France, we gained some altitude and hit some heavy flak — a barrage of 88 millimeters shooting at us,” Kline said. “I was navigating and had my legs apart and the maps on the Plexiglas floor between my legs so I could spot where we were.

“I leaned forward and checked the maps, then I sat back to see what was going on. And just as I did that, a piece of flak about 4 inches in diameter crashed through the Plexiglas below me and came right up between my legs and through the top of the Plexiglas. It missed my head by inches.

“If I had been looking at my maps more carefully, I wouldn’t be talking to you. The pilot said on the intercom, ‘Kliney, are you OK?’ I said, ‘Yes, I’m fine, but I’m teed off. It ripped up my maps.’”

Both times, he and the pilot and co-pilot stayed with the plane and crash-landed.

Kline received the Distinguished Flying Cross for “superior airmanship and courage” on the Dec. 30 mission, during which he dropped bombs that broke up enemy supply lines and then tended to the flak-wounded top turret gunner, who could not be saved.

Kline came home in June 1945 as a technical sergeant and joined the active reserve, retiring from the Air Force as a major in 1984.

Kline was a role model for not only his children, but for others like Air Force Reserve Master Sgt. Thomas Riley. Using his military contacts, Kline for years helped Riley recruit young Lehigh Valley residents into the service.

The two grew so close that Riley had Kline over for annual holiday family gatherings. The men talked about their shared love of service, about history, about the nature of war and how history often turned on the sacrifices of ordinary people.

That June day over France haunted Kline because he knew what might have happened to the world had the ordinary people storming the beaches and dropping the bombs failed.

“D-Day never vanished for him,” Riley said. “It was always a crystal-clear picture. I think he almost had a vision. He understood what the outcome could have been and it was worth the sacrifice.”

In his life after the war, Kline “laid the groundwork for me and others in modeling what it means to be selfless, to serve your country and community,” said Riley, who visited his friend daily in the hospital during Kline’s last months. “He was the light that walked into the room.”