But his supporters apparently still have to fight for respect from the state Department of Transportation.

According to a report from KSDK in St. Louis, the Missouri DOT was forced to apologize last week after cropping and editing a Facebook photo of a teenager who had won the right to press the detonation button on a bridge over the Mississippi River the state was tearing down.

Young Mitchell Lemons, 13, was wearing a Donald Trump T-shirt and sporting a “Trump 2020” cap in the original photo.

And for the officials at MoDOT, apparently, that was a bridge too far.

Here’s how Lemons was originally dressed for the occasion. 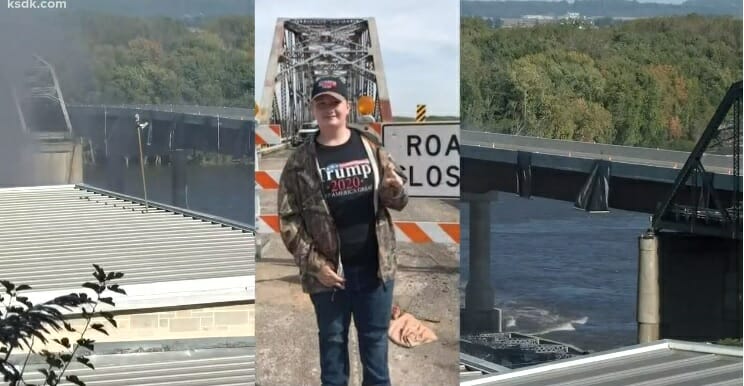 But here’s how his picture was presented Friday on the department’s website. 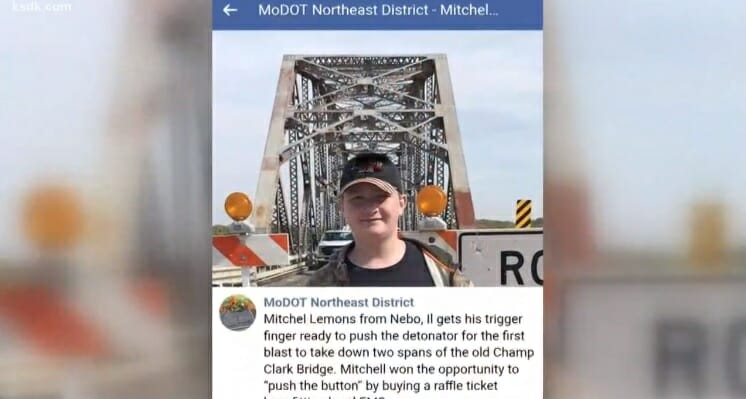 The second photo has wording that blocks the Trump insignia on Lemons’ shirt, which could be considered unfortunate but is at least understandable. What is inexcusable, though, is the deliberate editing in the second photo that has the word “Trump” blurred out.

That’s a trick right out of Orwell’s Ministry of Truth.

@realDonaldTrump Missouri Department of transportation is getting backlash from public. so they crop out a fine young man’s (13years old) Trump 2020 shirt and black out his hat. This young man won a raffle to push the button to blow up the old Champ Clark bridge in Louisiana, MO

The agency eventually relented, posting the original picture with an apology on Friday afternoon.

In a statement to KSDK, the department said it had cropped and edited the photo in response to complaints.

“Our response to feedback from the original post questioning whether MoDOT was campaigning led to an error in judgment in editing the photo,” the statement said. “We recognized and apologized for the error and reposted the original photo and Facebook post.”

In an editorial on the topic, the Kansas City Star faulted the DOT bureaucrats for the action, but almost comically claimed that one reason it was wrong was that it “fuels conservatives’ allegations that there are government bureaucrats working in the shadows to undermine the Trump agenda.”

Witnessing a state agency not only crop a “Trump” reference out of a photo, but actually use a photo editing tool to remove his name from a part that actually stayed in the frame could do more than “fuel” suspicions that maybe there are bureaucrats in government agencies who are working to undermine Trump in Missouri.

You don’t have to be a Trump fan to know this kind of thing isn’t limited to one instance in Missouri.

In fact, there have been plenty of things that could have “fueled” conservative suspicions that government bureaucrats, various liberals and the mainstream media are trying to undermine Trump and his backers.

For Trump’s entire presidency, there have been countless reports from around the country of Trump supporters being denied service in public areas because of Trump gear, disciplined at school for Trump regalia or even physically attacked for their Trump-supporting clothing.

Does anyone doubt for a second that the controversy over the Jan. 19 confrontation in Washington between Catholic high school students from Kentucky and a Native American demonstrator became a national issue solely because the main student involved was wearing a “Make America Great Again” hat?

Trump won Missouri with more than 56 percent of the vote in 2016. It’s about time the “Show-Me State” showed Trump supporters some respect.

And it’s long past time the media and bureaucrats in Washington and the rest of the country did, too.