Impeaching a U.S. president might not be the be-all-end-all for their career. We explain why this is the case. Just the FAQs, USA TODAY

Americans, not Nancy Pelosi and Adam Schiff, will decide for themselves who they want to lead this country: Opposing view

Elections have consequences. The same goes for Republicans as it goes for Democrats. Our Founding Fathers envisioned divisive days like today. However, they did not envision that once the votes were counted and the American people had spoken, that a political party would refuse to accept the outcome of an election.

For nearly three years, House Democrats have been relentless in their quest to subvert the will of the American people by trying to invalidate the election of 2016 by any means necessary.

Undeterred by the failure of the Mueller report, the House Democrats have decided to further dispense with constitutional and legal procedures for impeachment. Their closed-door charade best illustrates their irrational hatred of President Donald Trump.

America is different from other nations in part because for almost 250 years, the hallmark of our judicial system has been to guarantee our citizens the right of due process.

So far, instead of following the procedures laid out by every Congress since America’s founding, House Speaker Nancy Pelosi has decided her megaphone is more important than the rule the law. House Democrats have been interviewing witnesses in secret, operating behind closed doors, selectively leaking information to their allies in the mainstream news media, all with zero transparency and accountability to the American people.

These actions look more nakedly political by the day, while the president of the United States has had no opportunity to meaningfully participate or confront allegations through this flawed and abnormal process. 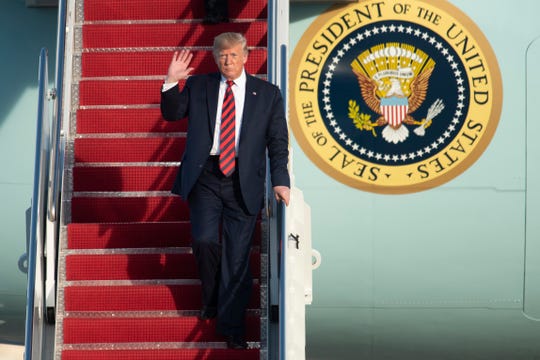 And don’t forget, this is taking the place of important work on behalf of the American people, like passing the United States-Mexico-Canada Agreement trade agreement, reducing tax and regulatory burdens on American small businesses, addressing violence in our nation’s major cities and fixing our broken immigration system.

In 13 months, Americans will again have the opportunity to decide who they want to lead this country in our democratic elections. Americans, not Nancy Pelosi and Adam Schiff, will decide for themselves at the ballot box. That’s how our system works. It is not a system where you get a participation trophy or where everyone gets their way. In politics, like football, sore losers don’t get another bite at the apple.