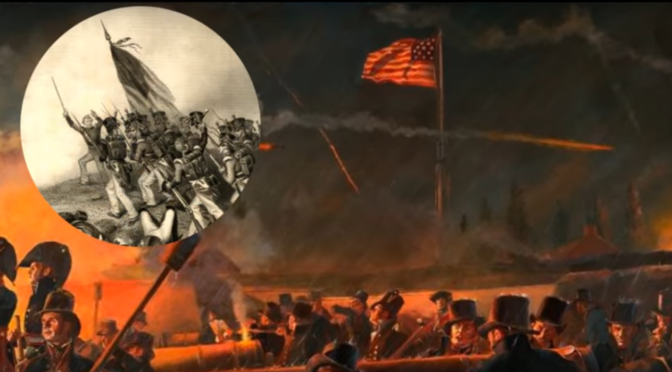 I try not to pontificate too much on my website here, but today I felt it was important.

As is being noticed most Americans are not interested in what appears to be a war between the opposing parties of Democrats and Republicans. There is just one problem. It’s so much more than Americans can possibly imagine. In fact if you do not become clear today, right now, on what has been done in your name, there is a rude awakening coming down the pike that you’re going to need to reason.

We are living in epic times and most of the population in America are not aware of it because they are blatantly being lied to by corporate media oligarchs. Shameful yes but the remedy is on its way and Americans are either going to pull up their boot straps and take their rightful place as the self governed, or they are going to succumb to tyranny and say goodbye to the Republic. Yah, it’s that serious.

The only way Americans are going to be an informed citizenry is to pull our heads out of the sand, see the ludicrous actions taking place in our government that have nothing to do with helping Lawful Sovereign Americans. Except for one guy, the duly elected President of the United States Donald Trump, all hell is breaking loose in the legislative and judicial branches of our government. The Democrats continue their ploy to usurp the Presidential powers of the Executive Branch, while the Supreme Court, whose Constitutional purpose is for Judicial Review only, has seen fit to become politically bias starting with the Bush/Gore Presidential Election ultimately ruling a Bush win. That was not in their purview.

These usurpers are undermining due process in order to cause chaos so justice according to the United States Constitution will become null and void. They are trying to strip America of our ONE RULE OF LAW! If that happens we will lose the Republic, America and our freedoms. Do not underestimate their 154 year ploy nor how far they’ve achieved their goal.

Take heed Americans, the corruption, perversion and criminal acts are deeply embedded in our society and the majority of people are clueless it exists at all or they indeed do not have clarity on the matter. This sets a dangerous precedence for America.

This is OUR country, our government, and the people’s house has been sullied into a shameful abyss of lies and deceit – unless we fight back to save her. Trust and verify everything! That’s our job as rulers of our destiny. Question it all. Make sure you stay informed and see baloney for what it is. This is our legacy happening in real time!

This is specifically why I post people here who ARE in the know, actively fighting back and who you’ll never see on liberal television. But you will in the future because necessity is the mother of invention. Why do you think they call it American Excellence! Bring back American pride!

Mainstream media (MSM) is dead, there is a new and improved way to get your news such as this blog, which is more identifiable as perspective with articles of news happening around the world. Their are countless others. MSM offers a parallel world that is not real! Those who buy into it have become brainwashed into believing the lies and have lost all sense of discernment. They’ve become lazy and are fine being taken care of by a Deep State run government that you’re watching being exposed right now if you’re paying attention.

Patriots To the Rescue!

That’s right! Out of necessity our new and improved way of communicating to each other was given birth. As of late social media has become a “publishers” forum of censorship! They are continuing to suppress conservative voices, Trump supporters and even their precious lefties have been eaten by their own. It’s ugly and sometimes a work of art to get information out. That is the beauty of living in America where there are still true free thinking patriots who organically have came together and turned the left’s attacks on their proverbial ear.

We are succeeding in cutting through the noise because there are too many of us. We are the People in charge of our own destiny and we are taking charge of our House once more! Pitchforks Up America!

Below is a scope by a gentleman who goes by James R @realpersonpltcs. I highly recommend watching and following him. In fact you should go back as far as you can to perhaps get up to speed on things you never would have known. He has several shows via Periscope and You Tube. He is just one example of thousands right now where we get news and in his particular scope you get a tremendous amount of information going on behind the scenes before it becomes mainstream news. Patriots run in and out of our government and it’s agencies and they want this information to get out to us. James’ sources have not only been impeccable they are keeping us informed which helps to disseminate what the liars are telling us. So follow James R, he swears a lot and all I can say is get over it. This is how Americans speak, especially when their pushed into a corner. We’re fighters and we come out swinging. #FreeSpeechEverywhere

Stay involved. Find ways to tell your family, friends and neighbors. It is imperative that every single red blooded American get out and #VoteRed in 2020. That is the total sum of how we save the Republic in 2020. Simple, yes? Some of you may have to hold your nose doing it but that is the ONLY alternative at this juncture. Democrats are in lock step with their socialistic ideas of open borders; higher taxes; trillions of dollars in “universal” government run, bad health care; packing the courts with liberals, progressives and universities with communist professors; getting rid of the electorate. They never stop pushing their Socialistic Communist agenda.

That is why we must boot every single one of them OUT! And when we do, hold every elected official to account! Especially your own representatives. Call them, tell them what you like and what you don’t like. To help guide these decisions we make regarding America as a whole, that directly effect the Constitution and the population, remember one centralized theme: less government is the best government. “The nine most terrifying words in the English language are: I’m from the government and I’m here to help.” – President Reagan Aug. 12, 1986

This rant thus far has been about Federal Law, which is different from States Laws so keep them separate in your brains. They work in concert with each other but function differently, creating the greatest nation on earth!

There are more battles ahead because the enemy has an enormous amount of power, money and time to try and level us to a third world country. We on the other hand have unity that is unstoppable if we truly come together! Powers’ through the ages have tried again and again to keep the masses “under control” by force and total fear. Yet humans have been resilient in using their voices to overcome these thieves of life, liberty and prosperity. America was once an example of the internal struggle to identify and stop slavery, regardless the world now has become a world wide network of slavery! Have we learned nothing? When did it get so complicated?

When life became too chaotic and good people did nothing to stop those with nefarious agendas.

The world can end slavery by stopping those who pursue it as well as remaining alert and responsible. Responsible in our personal lives and in our societal duties. If you see something, say something!

Do not let America, the last bastion of hope, fall! The 2020 Election is probably the most important election in our history! It could cost us all of our liberties that countless patriots fought and died to keep! Will Americans forsake their country? Will we lose the Republic and our American way of life? As one of the last standing Patriots who continue to fight, we know in the end it is the people’s choice. Hopefully it will be an informed citizenry. Elections do have consequences, now how about we work things in our favor for a change. We have much more serious issues to resolve.

For now the solution is: #VoteRed in the 2020 primary’s, as well as the general election and tell everyone you know! GET OUT THE RED VOTE! VOTE REPUBLICAN! VOTE RED!

In actuality these parties have not represented We The People for forty years, but voting for one party only on this go around will certainly send a message and guarantee at least four years of a bit more stability in America.

There will be voter fraud, expect it. But if we come out in numbers it will be a guaranteed win for the Republic. Lady Liberty is counting on all of us as one united front to put our enemy in their place! And God is watching.