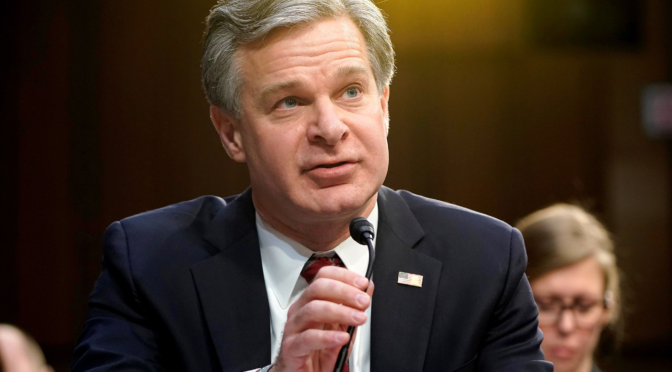 The criticism comes after a report by the DOJ inspector general that found “so many basic and fundamental errors.”

WASHINGTON — The secret federal court that approves orders for conducting surveillance on suspected foreign terrorists or spies issued a strong and highly unusual public rebuke to the FBI on Tuesday, ordering the agency to say how it intends to correct the errors revealed last week by a Justice Department report on one aspect of the FBI’s investigation of Donald Trump’s 2016 campaign.

The FBI’s submission to the court made assertions that were “inaccurate, incomplete, or unsupported by appropriate documentation,” the report said.

Rosemary Collyer, presiding judge on the Foreign Intelligence Surveillance Court, said in the unusual public order that the report “calls into question whether information contained in other FBI applications is reliable.” She ordered the FBI to explain in writing by Jan. 10 how it intends to remedy those problems.

Her order said the FBI must explain “what it has done, and plans to do, to ensure the statements of facts in each FBI application accurately and completely reflects information possessed by the FBI.”

Inspector General Michael Horowitz said last week that he has already opened a new review, looking at whether the FBI is complying with its duty to provide accurate information to the FISA court in seeking to conduct surveillance of Americans in terrorism and spying investigations.

FBI Director Christopher Wray announced shortly after the inspector general’s report was issued that he has ordered changes in how the FBI submits requests to the FISA court.

In response to Tuesday’s order, the FBI said in a statement that it is committed to working with the FISA court and the Justice Department to ensure the accuracy and completeness of the process. “FISA is an indispensable tool in national security investigations,” the FBI said.

The FISA court, established by Congress, consists of 11 federal judges chosen by the Supreme Court’s chief justice and meets in secret in a federal courthouse in Washington. It has long been criticized by civil libertarians who consider it simply an arm of the government and not sufficiently independent.

“This was not the first time the government abused its surveillance powers, nor was it the first time the intelligence court was made aware of surveillance abuses,” said Neema Singh Guliani of the ACLU. “Congress must radically reform the FISA process to increase accountability, and to ensure that there is a meaningful opportunity to challenge the government’s allegations in FISA applications. We can’t trust the secret intelligence court alone to police this process.”

Pete Williams is an NBC News correspondent who covers the Justice Department and the Supreme Court, based in Washington.