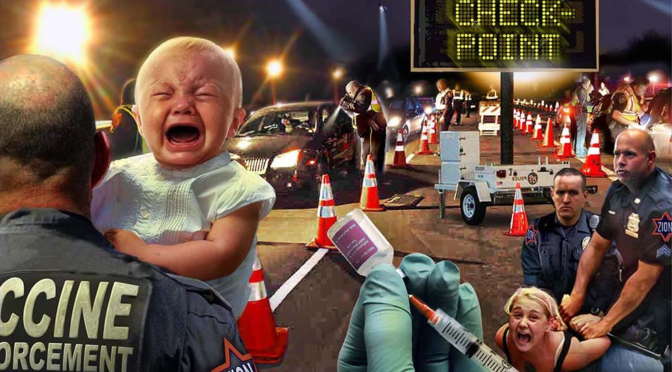 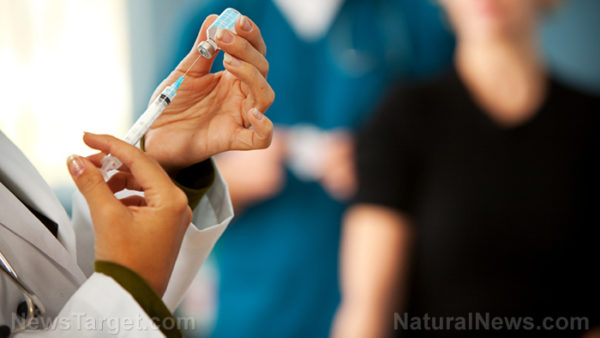 Even though vaccines often fail, those who question vaccine propaganda are censored and silenced

(Natural News) A Texas school that touts a “100% vaccination rate” has been forced to close its doors and send students home after a whooping cough outbreak swept through the school, infecting students who were already vaccinated.

The incident proves yet again that vaccines don’t work as advertised, and that infectious disease outbreaks very often occur among children who are vaccinated.

This simple, stunning realization contradicts all the false promises, fake science and malicious propaganda of the vaccine industry, which absurdly insists that all vaccines work all the time and that no children are ever harmed by vaccines.

On Dec. 4th, St. Theresa Catholic School in Memorial Park, reported its first case to the Texas Department of State Health Services. Since then, the outbreak has continued to escalate — and not because of the abuse of religious and medical exemptions, and so-called “anti-vaxxer” parents.

According to the FoxNews report, the school vaccine uptake rate was at 100%:

“Officials with the Archdiocese of Galveston-Houston said that 100 percent of students who attend St. Theresa Catholic School are vaccinated against the illness.”

This was confirmed by the following statement to parents sent by the school:

The letter actually says, “All St. Theresa students are 100% vaccinated. Doctors are unsure why vaccinated children may still get the disease.”

This is an open admission that vaccine propaganda is total bunk, pushed by malicious liars and propagandists who are placing the health of children (and adults) at risk by repeatedly misrepresenting vaccine safety and effectiveness.

And if “doctors are unsure why vaccinated children may still get the disease,” it proves that doctors still don’t understand why vaccines fail, which means their entire model of how vaccines “work” is broken and invalid. The entire realm of so-called “vaccine science” is, in fact, total quackery and fraud.

These studies show that the Pertussis (whooping cough) vaccine has now failed. Studies show that by five years after completion of the DTaP series, children were up to 15 times more likely to acquire pertussis compared to the first year after the series. California schools are now suffering a Pertussis outbreak (3,455 cases in 2018 compared to 14 Measles cases) affecting primarily vaccinated children.

Yes, you read that correctly: After receiving the DTaP vaccines, children are up to 15 times more likely to be infected with pertussis. If vaccines protect children from infectious disease, how can it be that children who are vaccinated show an increased risk of infection?

Answer: Because the vaccines are spreading the disease, of course. From the study itself:
https://www.ncbi.nlm.nih.gov/pmc/articles/PMC5530967/

More recent studies show that by 5 years after completion of a DTaP series, children were up to 15 times more likely to acquire pertussis compared to the first year after the series. Studies have also documented rapid decline in pertussis antibodies within as few as 2–3 years of the most recent aP vaccination, often to pre-vaccination levels and although antibody levels alone are not necessarily indicative of waning immunity, in this case given the higher risk of infection after aP vaccine with time, it is strongly suggestive of it.

And here’s another study cited by CHD that also admits the vaccines are spreading the infections:
https://bmcmedicine.biomedcentral.com/track/pdf/10.1186/s12916-015-0382-8

In this paper, we have presented empirical evidence — from both case and genomic data — for asymptomatic B. pertussis transmission following the switch from the wP to the aP vaccine in the US and UK. Then, using mathematical and computational transmission models, we have demonstrated that an aP vaccine which blocks symptomatic disease but not asymptomatic transmission is able to account for the observed increase in B. pertussis incidence…public health authorities may be facing a situation similar to that of polio, where vaccinated individuals can still transmit infection.

Even though vaccines often fail, those who question vaccine propaganda are censored and silenced

Even though vaccine propaganda is filled with malicious lies and deliberate false information, anyone who questions the official false narratives of the vaccine industry is instantly censored and de-platformed from all the major tech platforms, including pinterest, Vimeo, Twitter, YouTube and Facebook. The entire tech industry, in fact, has gone all-in with the medical violence of the vaccine industry and its history of running inhumane medical experiments on human children.

That’s why vaccine truth content is exploding across alternative platforms. Here’s where you can find the truth about vaccines:

Brighteon.com is a health freedom-friendly platform for free speech about vaccines, GMOs, fluoride, chemtrails and more. Thousands of channels and hundreds of thousands of videos.

Webseed.com is the upcoming new search engine for holistic health that indexes websites which report the truth about vaccines and their dangers to humanity. (Launching early January, 2020.)

Vaccines.news is an independent website we publish, reporting the truth about vaccines on a daily basis.

Censored.news aggregates news headlines from all the top censored news websites on the ‘net. Many of these publishers cover vaccines, 5G toxicity, electropollution and more.

Coming in 2020: A “vaccine video” website focused entirely on videos about vaccines.

Join our email newsletter at this link to stay informed and receive email alerts about these projects.