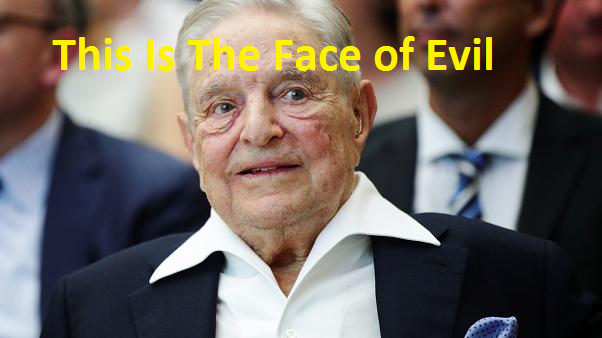 Michele Hanisee, the president of the Deputy District Attorneys Association of Los Angeles County (ADDA), says these special interest groups are seeking to circumvent the entire democratic process by electing DA candidates who have vowed to not enforce categories of crime—many who are known as progressive prosecutors—in their effort to “radically reshape the criminal justice system.”

Hanisee says these groups, which are operating across the country, spend large amounts of money usually in the final months before a primary or general election to boost their preferred candidate. The groups are usually super political action committees (PACs) that take on some form of the moniker “Justice & Public Safety.”

For example, the Philadelphia Justice & Public Safety super PAC spent nearly $1.7 million to help attorney Larry Krasner win his DA seat in 2017. Soros was the main donor to the PAC, donating $1.45 million during the democratic primary, according to campaign finance reports (pdf) reviewed by The Epoch Times. He donated another $214,000 into the PAC in May after the primaries (pdf). Most of the PAC’s spending a month leading up to the primaries was on advertising and literature in support of Krasner’s campaign.

Krasner, a notable progressive prosecutor who has faced criticism for his extreme plans for criminal justice system reform, emerged as the victor in a crowded Democratic field and then cruised to victory during the general election in the mainly blue city. He has subsequently implemented policies that reduce prosecution and has also repeatedly clashed with law enforcement and placed 29 Philadelphia police officers on the DA’s “do not call” list, The Philidelphia Inquirer reported.

This was also seen in other DA races such as in Bexar County, Texas, where the Soros-funded Texas Justice & Public Safety PAC dropped nearly $1 million of in-kind contributions supporting Joe Gonzales’s campaign, according to campaign finance reports filed by Gonzales.

Hanisee said that most of these local elections used to be small with the communities deciding who got elected but these Soros-funded PACs are now coming in and imposing their philosophies about criminal justice reform on that community.

“Suddenly an outsider is coming to influence that election and bringing in someone who is, if not an outsider to the system, then certainly adversarial to it in the fact that they want to get into a position where they are going to be taking an oath to uphold the law, yet their campaign promise is to ignore the law,” Hanisee told The Epoch Times.

“The concern with the philosophy of it is that by backing candidates to promise not to enforce the law, they can bypass the entire democratic system of legislation,” she added. “So instead of lobbying to change the law, they just buy an elected official into office who won’t uphold the law. And that’s not democracy.”

Read More Can Social Justice Be Salvaged?Chapter Ten: Using the Law for Evil

She said that although these PACs have been trying to influence the DA races, not all of them have been successful in California. In the San Diego County DA race last year, for example, then-interim DA Summer Stephan defeated Soros-funded challenger Genevieve Jones-Wright, a deputy public defender. Soros-funded California Justice & Public Safety PAC spent around $400,000 in support of Jones-Wright, according to inewsource. Jones-Wright had promised policies that would stop “criminalizing poverty,” such as ending the prosecution of “quality of life” offenses.

Hanisee said she believes a factor as to why Jones-Wright failed to win was because Stephan had a powerful campaign educating the public on what Jones-Wright’s policies really meant to the community.

“The San Diego election was a really good example of the public defender defense attorney running for the position of district attorney who had no administrative experience in her own office, no prosecutorial experience, and was running on a campaign that she would not enforce certain laws, had huge financial backing, but also had a very powerful campaign against her by a PAC supporting the local district attorney that did their very, very best to educate the public of what this person really wanted to do, what these promises meant, and what it means to not enforce a whole class of crimes,” she said.

Hanisee said that although different locales have different circumstances, she hopes to see traditional law enforcement and prosecutor organizations take a more proactive stance in educating the public about progressive prosecutors.

Along with donating to the super PACs, Soros has through his organizations supported third party organizations that are also trying to influence DA races. Soros’s Open Society Foundations granted $50 million to the American Civil Liberties Union (ACLU) in 2014, supporting their effort to reform the criminal justice system—in particular, mass incarceration.

Hanisee is currently watching the upcoming Los Angeles County DA race closely and is wary about challenger George Gascon, who is known for his progressive criminal reform agenda from his time as San Francisco’s District Attorney.

Gascon announced his bid in L.A. county in October challenging incumbent Jackie Lacey. He has promised a range of policies to remake the criminal justice system, like bail reform.

“San Francisco has gone from a shining city by the bay to a city of poop and needle. They have maps an app for human waste reporting and cleanup because there’s so much of it. Millions and millions of used needles have to be picked up off the street because they hand out more than are collected and they’re left lying in parks where children play,” she said. “And these are very much based on the policies of his office [on] not to prosecute entire classes of crimes.”

She noted in an op-ed posted on the ADDA website that she believes Gascon’s not-to-enforce policies are likely to attract Soros PAC money.

Hanisee said she also thinks that many of the district attorneys who were voted in based on their progressive agendas are actually not progressive.

“They’re radicals who want to make radical changes at the cost of public safety,” she said. “What the public really needs and what they deserve is our candidates and elected official to make thoughtful, cautious, measured change in collaboration with all stakeholders, because that’s far more likely to be effective without endangering public safety.”

The Justice Department and some prosecutors have also warned about the risks of electing progressive prosecutors.

U.S. Attorney General William Barr reprehended the movement in a speech to the Grand Lodge Fraternal Order of Police in August, saying that these district attorneys “style themselves as ‘social justice’ reformers” and “spend their time undercutting the police, letting criminals off the hook, and refusing to enforce the law.”

Similarly, Democratic prosecutor Ray Morrogh from Fairfax County, Virginia, also warned about how safety could be at risk if Soros-backed candidate Steve Descano were to be elected in his county’s race. Descano has defeated Morrogh in the primaries this year.

“[Descano] is completely unqualified for the office of commonwealth attorney,” Morrogh said in a video, reported Daily Caller. “The only case he tried, he disgraced himself when the judge reversed the conviction because [he] lied in closing argument. This man is not fit to hold office in Fairfax County.”

Meanwhile, in a statement to The Epoch Times, the International Union of Police Associations (IUPA)—a police union representing more than 100,000 officers—said they believe the trend of progressive prosecutors and their policies “lessen the safety of the communities they serve.”

“These policies make adherence to the law voluntary and the violation of these legally enacted statues without consequence,” Sam Cabral, president of IUPA, said. “We believe it leads to the complete disregard for our laws and for those charged to enforce them that we see entirely too often.

“We strongly believe in the rule of law. We believe further that victims of crime are being further victimized by elected officials whose duty it is to represent them,” he added. “Small business owners cannot absorb the cost of wanton shoplifting. Property owners should have some recourse to deal with trespassers and vandals. The opioid epidemic will not be lessened by refusing to prosecute drug crimes.”

Whitney Tymas, who is listed as the treasurer of many of Soros-funded PACs across the country, said in a statement to The Washington Post in June that “Justice & Public Safety supports candidates with the experience and commitment to make their communities safer and fairer.

”Read More Welcome to Law School, Where Feelings Are More Important Than Facts