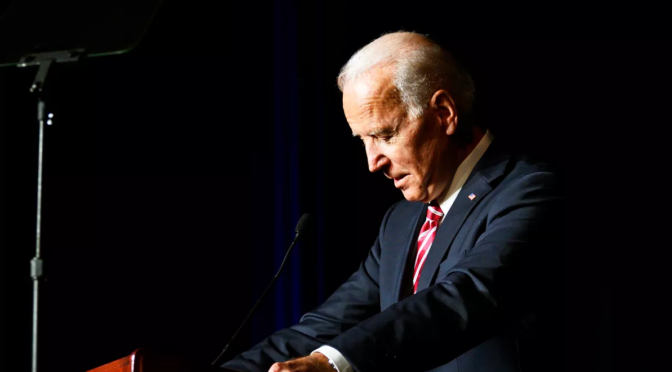 A private investigator has claimed in an Arkansas paternity case that former Vice President Joe Biden’s son Hunter Biden tried to conceal his whereabouts by using the identity of his dead older brother Beau.

In a two-page court document, Dominic Casey, who has filed as a third-party intervener in the case and previously worked on Casey Anthony’s defense team, stated that stolen identities were used to check Biden into an Arizona rehabilitation facility as Joseph R. Beau Biden III and Joseph McGee. The identities were reportedly found by police after responding to reports of suspicious items inside a Hertz rental car on Oct. 28, 2018.

Biden’s father is one of the leading candidates in the 2020 Democratic nomination race. The Arkansas “Baby Doe” — the gender has not been confirmed — is the former vice president’s seventh grandchild.

The paternity case concerns a child fathered by Biden, 49, with Lunden Roberts, 28, whom he met when she was working as a stripper in Washington, D.C. Beau Biden died at age 46 in 2015. Hunter Biden later dated his late brother’s widow Hallie, the mother of his niece and nephew, but the couple broke up shortly before Hunter Biden married Melissa Cohen, 32, last year.

“A bag containing the suspicious items, a cellular telephone (Apple) belonging to Shauna Stanglr, who is also known as Puma St. Angel, and a Delaware attorney general badge belonging to Hunter Biden’s deceased brother Joseph R. Beau Biden III were provided to the police officer,” the filing stated. The existence of the Delaware attorney general badge was first reported last May.

Puma St. Angel is the co-founder of Grace Grove at Rejuvenation and Performance Institute, a “lifestyle center” in Sedona, Arizona.

The documents state that authorities “received a call from Joseph McGee stating his friend was sick and left the vehicle overnight with the keys in the gas cap area because they did not know what to do.”

Biden has been the target of Republicans because of his role as a board member for Ukrainian gas company Burisma Holdings where he was paid $50,000 a month, even though he had no relevant experience in the field. Biden has had a string of well-documented issues with drugs, including reports of cocaine-laced cigarettes, crack, and vodka binges.