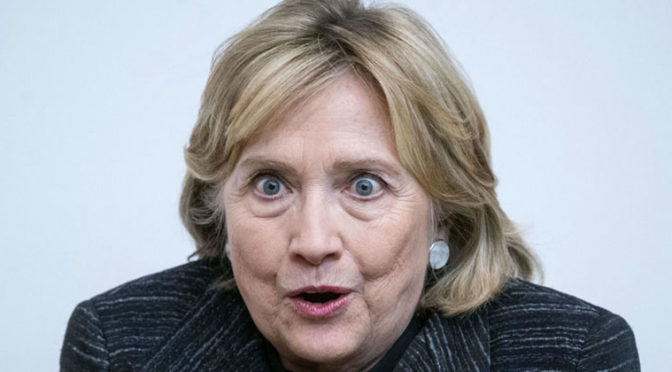 For posterity’s sake this bears repeating. Having said that, both Hillary and Obama are under investigation. Although they may not be held accountable for all of their crimes and acts of treason, the public will consider their names synonymous with Mudd. Their legacy will dry up in the annals of history as “monsters”.

Wikileaks has hinted at releasing documents linking Hillary Clinton to knowingly supplying Syria with weapons while she was secretary of state. True Pundit, however, has already unearthed the documentation, according to a classified Defense Intelligence Agency cable.

The Intel provides official confirmation of what has been rumored for years: President Obama, his White House, and Hillary Clinton and her State Department knew that weapons were being shipped from Benghazi to rebel troops in Syria. Those “rebels” were largely al Qaeda and Muslim Brotherhood extremist factions, according to corroborating documents.

Below is a gem of an intelligence cable we unearthed from the Defense Intelligence Agency dated September 12, 2012, the day after the Benghazi attack. Absent wholesale redaction, this could prove to be a smoking gun finally exhibiting what the United States was doing in Benghazi prior to the Jihadists attacks on the U.S. consulate and then-secret CIA annex just miles away.

The DIA report, in part, details:

Likewise, this could largely contradict public testimony where officials swore the U.S. had no role in running guns and weapons to Syrian rebels. One such example was in January 2013. Sen. Rand Paul asked Clinton whether the U.S. was involved in the shipping of weapons from Libya to any other country. Paul’s questioning hinged on his belief that weapons from Libya ultimately ended up in the hands of Syrian rebels who later joined with al Qaeda in Iraq to form ISIS. Their exchange is noteworthy now more than ever.

RAND PAUL: It has been in news reports that ships have been leaving from Libya and they might have weapons. What I would like to know, is the annex that was close by . Were they involved with procuring, buying, selling, obtaining weapons, and were any of these weapons being transferred to other countries — to any countries, Turkey included.

HILLARY CLINTON: Senator, you’ll have to direct that question to the agency that ran the annex. I will see what information is available.

HILLARY CLINTON: I do not now. I don’t have any information on that.

You can watch the Full exchange here:

So just who was running these guns and weapons to Syria? The document is heavily redacted (and for obvious reasons) BUT it doesn’t take a genius to figure out the clandestine narrative here. Or perhaps it does. Either way, this confirms that weapons were on the move prior to the Benghazi attack, despite testimony from U.S. officials to the contrary. But it also raises more disturbing scenarios and troubling questions.

Did the Obama administration provide weapons to Islamist extremists who used them to kill four Americans in the Sept. 11, 2012 attack on the U.S. compounds in Benghazi? This latest DIA cable might dovetail with secret intelligence reports previously obtained by The Washington Times indicating the Obama administration armed Islamist extremists and rebels in 2011 as Clinton was trying to overthrow Libyan strong man Muammar Gaddafi.

Check out the redacted intelligence report below.