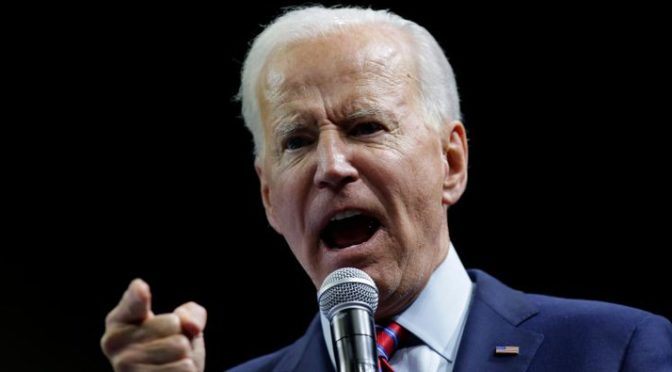 Russian military hackers have reportedly hacked the Ukrainian gas company that Democrat presidential candidate Joe Biden’s son, Hunter Biden, worked on and that has been a source of significant controversy for Biden.

“The hacking attempts against Burisma, the Ukrainian gas company on whose board Hunter Biden served, began in early November, as talk of the Bidens, Ukraine and impeachment was dominating the news in the United States,” The New York Times reported. “It is not yet clear what the hackers found, or precisely what they were searching for. But the experts say the timing and scale of the attacks suggest that the Russians could be searching for potentially embarrassing material on the Bidens.”

A Silicon Valley security firm told The Times, “The attacks were successful.”

Russian military hackers and private researchers allegedly conducted the attack which used a phishing scheme that duped Burisma employees into giving the hackers sensitive information that was then used to access at least one of Burisma’s servers.

“The Russian attacks on Burisma appear to be running parallel to an effort by Russian spies in Ukraine to dig up information in the analog world that could embarrass the Bidens,” The Times added. “The spies, the official said, are trying to penetrate Burisma and working sources in the Ukrainian government in search of emails, financial records and legal documents.”

The controversy surrounding Biden stems from the fact that his son was hired by Burisma to be on the company’s board of directors — despite not having any experience in natural gas or in Ukraine — at a time when the Obama administration tapped Biden to handle U.S. interests in Ukraine.

“Hunter Biden’s work in Ukraine appears to have been well compensated. Burisma paid $3.4 million to a company called Rosemont Seneca Bohai LLC from mid-April 2014, when Hunter Biden and Mr. Archer joined the board, to late 2015, according to the financial data provided by the Ukrainian deputy prosecutor,” The Times reported last May. “The payments continued after that, according to people familiar with the arrangement.”

In 2016, Biden sought to remove a Ukrainian prosecutor who was investigating the company that his son was working for over allegations of corruption.

In 2018, Biden bragged about how he threatened Ukrainian President Petro Poroshenko in March 2016 that if he did not fire the prosecutor, Prosecutor General Viktor Shokin, that the Obama administration would yank $1 billion in aide from the country.