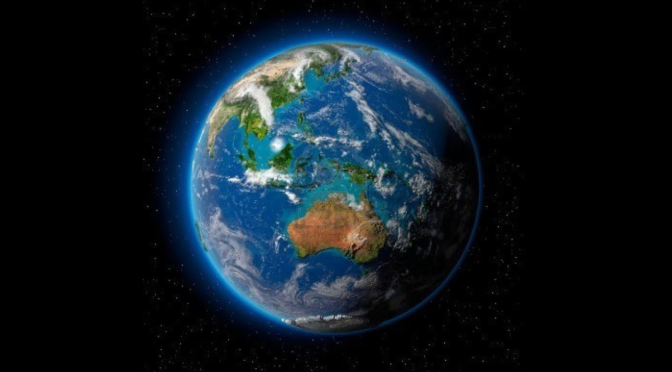 The Globalist Elite Are Never Going To Stop

Your children are their target to prepare them for a life of subjugation. You, on the other hand, are insignificant other than for taxes and convincing you it’s necessary. They are just waiting for anyone with free thought to die off. These un-Godly usurpers of truth & their own family’s have strategically held control over us for a hundred years. Their agenda is the devil’s work.

If you do not educate yourself that this “climate change/global Warming/ we are all gonna die in 12 years” thing is in no uncertain terms a ploy to make money and gain control, you are going to spend the next few years with an extremely high and unrelenting stress level.

Put it all to bed. Protect your children. Do not let others do it for you because no one will do as good of a job as you.

Surprised? You shouldn’t be. The globalist elite have been doing it to us all our lives. Holding one hand up to Almighty God saying we have no choice, only to find out it is a scheme to redistribute the wealth across the planet that they seemingly control or do they?

This cannot be allowed to continue because they are lying. Scientists have been murdered while trying to expose this hoax, but that is how the left progressive Soro’s minions play.

The climate has changed since its inception. Pretty simple. It will continue to change with or without humans. But if you “believe” for one second that our species is so intrusive, so destructive, and are ruining this planet beyond repair, you would be wrong on all counts.

The left wants humans to hate humans and more importantly hate themselves. They’re getting away with it too because people have lost their connection to God in their lives. Humanity is being brought to its knees by the devil. Who of you will stand, who of you will fight back? God loves you and always will, this will never change. But he also gave us a free will to choose. God has not given up on us, so maybe we should think twice about the lives we lead, the lies we follow and the lies we tell ourselves. Only truth can set us free from the bondage’s we attach ourselves to.

Our world is spinning out of control because of a few. But just like the serpent in the Garden of Eden always skulking, always tempting and always willing to let you fall from grace, it was one lonely snake that changed it all for all of humanity as we were cast out. So perhaps now you can see how a few have globally changed how we view, feel or touch our creator?

The crossroads are before you. Will you succumb to evil? Or will you fight to guarantee your place in heaven? Will you fight for those who will come after us? Don’t they deserve the legacy of freedom we were handed and have let fall to the way side?

The time is now, the battle is at hand and the choice is before you. I pray we all unite under the love and light of God because that is the one sure and clear path out of this mess. Stay strong, steadfast and hold the line! The future is depending on you.

The article below is one more lie they are forcing on our children. Will you let them be buried in a fear induced delusion of lies? Save your children and their future. FIGHT BACK NOW! 2020 Is the year of elections, the last chance to save America,the beacon of light and hope blessed by Almighty God himself! Where will you stand? #VoteOutTheDevil Vote Red in honor of the blood Jesus shed to save our souls. Where will your name be when all is said and done?

CLIMATE CHANGE IS INEVITABLE, SO IS THE DEMISE OF THE PLANET, JUST NOT NOW. DON’T BELIEVE THE LIES. ~ TiLT

California teachers may be required to brainwash their students about climate change hoax under a new bill introduced this week.

The climate change hoax is one big global redistribution of wealth scam disguised as a ‘green movement’ to improve the environment.

Now California Democrat lawmakers want to scare elementary school children by telling them we only have 12 years left to save the planet unless they fork over more money and live in the dark ages.

California schools may soon be required to teach about the causes and effects of climate change under a bill introduced on Monday.

If adopted, the bill would require California schools to adopt the climate change coursework no later than the 2021-22 school year. Additionally, since the bill would create new duties for school districts, it would also constitute a state-mandated local program.

The creepiest part about this new law is what the Democrat Assemblyman said about targeting children with the new bill.

Luz Rivas (D-Arleta) said in a presser that parents will be impacted by this new bill as well because according to a study by the Nature Climate Change, parents’ concern about climate change “significantly increased” when their children were brainwashed about the hoax in school.

Will California teachers tell their students about all of Al Gore’s global warming predictions that never came to pass?

Al Gore, the biggest ‘global warming’ charlatan alive, previously claimed that the earth would be scorched and the sea levels would rise by 20 feet…as he purchased property overlooking the ocean in California.

Gore made the prediction to a German audience on December 13, 2008. Al warned them that “the entire North ‘polarized’ cap will disappear in 5 years.”