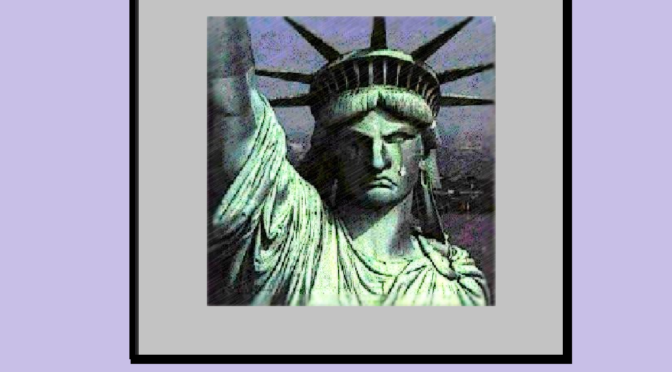 SUPREME COURT JUSTICES RULE AGAINST THE CONSTITUTION AND RELIGIOUS WORSHIP

A SHAMEFUL DAY IN AMERICA

AGAINST HOUSES OF WORSHIP:

FOR HOUSES OF WORSHIP:

It’s open season on religious groups. Dissent: “absent a compelling justification (which the State has not offered), the State may not take a looser approach with, say, supermarkets, restaurants, factories, and offices while imposing stricter requirements on places of worship.”

The Supreme Court has handed petty tyrants throughout the land license to discriminate against religious groups in ordering pandemic lockdowns and restrictions. From this point forward an argument that had succeeded in many lower courts will hold no sway.

That argument ran something like this: Religious groups should not be subjected to more harsh treatment than similarly situated secular groups. So you can’t ban drive-up church services if you don’t ban drive-up secular services such as fast food restaurants and liquor stores. If a religious group practiced the same ‘social distancing’ and other safety practices as others, then the First Amendment prevented states and cities from treating religious groups differently.

The Supreme Court issued an Order just before midnight last night in a California case seeking an emergency injunction. We discussed the California case and an Illinois case in  Religious Liberty Lockdown Cases Reach SCOTUS.

The Illinois case was resolved when the state allowed the additional restrictions on churches to lapse, SCOTUS Denies Emergency Injunction After Illinois Agrees “Religious Gatherings will no Longer be Subject to Mandatory Restrictions”.

In the California case, the Court denied an injunction in an Order without opinion, with the four conservative justices (Alito, Thomas, Gorsuch, Kavanaugh) stating they would have granted the injunction. Chief Justice Roberts was part of the majority rejecting the injunction, and wrote a concurring opinion explaining his reasoning. The short version is that this is a pandemic and the courts shouldn’t second-guess politicians:

Although California’s guidelines place restrictions on places of worship, those restrictions appear consistent with the Free Exercise Clause of the First Amendment. Similar or more severe restrictions apply to comparable secular gatherings, including lectures, concerts, movie showings, spectator sports, and theatrical performances, where large groups of people gather in close proximity for extended periods of time. And the Order exempts or treats more leniently only dissimilar activities, such as operating grocery stores, banks, and laundromats, in which people neither congregate in large groups nor remain in close proximity for extended periods.

The precise question of when restrictions on particular social activities should be lifted during the pandemic is a dynamic and fact-intensive matter subject to reasonable disagreement. Our Constitution principally entrusts “[t]he safety and the health of the people” to the politically accountable officials of the States “to guard and protect.” Jacobson v. Massachusetts, 197 U. S. 11, 38 (1905). When those officials “undertake[ ] to act in areas fraught with medical and scientific uncertainties,” their latitude “must be especially broad.” Marshall v. United States, 414 U. S. 417, 427 (1974). Where those broad limits are not exceeded, they should not be subject to second-guessing by an “unelected federal judiciary,” which lacks the background, competence, and expertise to assess public health and is not accountable to the people. See Garcia v. San Antonio Metropolitan Transit Authority, 469 U. S. 528, 545 (1985).

The dissent took issue with the notion that religious groups were being treated equally, and made the point that all other factors were equal (saftey practices) and the only variable was religion. Justice Kavanaugh, joined by Thomas and Gorsuch, wrote a Dissent which provided in part:

I would grant the Church’s requested temporary injunction because California’s latest safety guidelines discriminate against places of worship and in favor of comparable secular businesses. Such discrimination violates the First Amendment.

In response to the COVID–19 health crisis, California has now limited attendance at religious worship services to 25% of building capacity or 100 attendees, whichever is lower. The basic constitutional problem is that comparable secular businesses are not subject to a 25% occupancy cap, including factories, offices, supermarkets, restaurants, retail stores, pharmacies, shopping malls, pet grooming shops, bookstores, florists, hair salons, and cannabis dispensaries. South Bay United Pentecostal Church has applied for temporary injunctive relief from California’s 25% occupancy cap on religious worship services. Importantly, the Church is willing to abide by the State’s rules that apply to comparable secular businesses, including the rules regarding social distancing and hygiene. But the Church objects to a 25% occupancy cap that is imposed on religious worship services but not imposed on those comparable secular businesses….

The Church and its congregants simply want to be treated equally to comparable secular businesses. California already trusts its residents and any number of businesses to adhere to proper social distancing and hygiene practices….

… the State could impose reasonable occupancy caps across the board. But absent a compelling justification (which the State has not offered), the State may not take a looser approach with, say, supermarkets, restaurants, factories, and offices while imposing stricter requirements on places of worship. The State also has substantial room to draw lines, especially in an emergency. But as relevant here, the Constitution imposes one key restriction on that line-drawing: The State may not discriminate against religion.

(Justice Alito would have granted the injunction, but does not appear to have joined in the dissenting opinion.)

It’s open season on religious groups now. That’s not an understatement. While there is no majority written opinion, Roberts’ concurring opinion shows that religious discrimination simply needs to be cloaked in public health packaging to survive. The Supreme Court will not get involved.