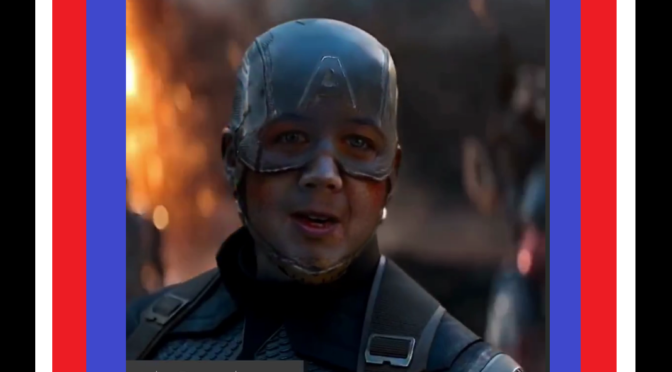 John Pierce told Reuters on Thursday that he and colleagues at Pierce Bainbridge would obtain justice for Kyle Rittenhouse, of Illinois, arrested and charged with shooting three people on Tuesday night, two of whom died.

A civil litigator, Pierce tweeted on Thursday that he would soon be joined by “a SEAL Team” of former assistant U.S. attorneys who are now criminal defense attorneys. Pierce will appear with Rittenhouse at an extradition hearing in Lake County Circuit Court in Illinois on Friday.

[…] The Pierce Bainbridge firm bills itself as a “state-of-the-art litigation law firm dedicated to the lost art of combat by trial,” according to its website.

Pierce told Reuters he is hoping to raise funds for Rittenhouse’s defense through his #FightBack Foundation, Inc., a Texas non-profit he formed with L. Lin Wood, an Atlanta attorney who is representing high school student Nicholas Sandmann.

As Michelle Malkin noted on Thursday, the deck is being stacked against young Kyle Rittenhouse.

Nonetheless, Lin Wood said on Thursday after teaming up with John Pierce that “Kyle will have excellent legal representation.”

Pierce said he will handle Rittenhouse’s defense with a team of the “best lawyers in [the] USA.”

Lin Wood and Pierce launched the #FightBack Foundation together on Thursday to raise funds for Rittenhouse’s legal defense.

You can donate to Kyle Rittenhouse’s official legal defense fund at FightBack.Law.

It was revealed early Thursday that all three assailants who attacked Rittenhouse have criminal records and his first attacker was a level 3 sex offender (meaning a high-risk of reoffense and danger to the community) who was sentenced to over 12 years in prison for a sex crime involving a minor.

And this low life is being lorded a hero for his contribution to mayhem, destruction and criminal behavior. He was NOT innocent!

Please pray for Kyle Rittenhouse and his family that justice will be served!

The member of the “People’s Revolution Movement” who had his bicep blown off in Konesha two nights ago may have just helped Kyle Rittenhouse’s claim of self-defense. If you aren’t familar with the details, Gaige Grosskreutz charged with a pistol at Rittenhouse after he was being beaten on the ground by another man who subsequently shot and killed. New evidence also shows that someone fired at Rittenhouse first during the first altercation in which a third man was shot in the head. He was then chased down the street where he encountered Grosskreutz.

Be sure to check out RedState’s full breakdown of the events by clicking here.

Now, a friend claims that Grosskreutz regrets not shooting and killing Rittenhouse, going so far as to say he wanted to empty “the entire mag into him.”

While this statement may or may not be admissible in court, it does bolster Rittenhouse’s claim that he rightfully feared for his life. It will also be something the police have to take into account during their investigation. Rittenhouse, according to the video, was not the aggressor in either location where shooting took place. In the first instance, a man charged him, throwing something at him while clearly posing a threat. That was the first discharge of the weapon. The mob then chased him down the street. After stumbling, he was hit with a skateboard and discharged his weapon several times again, killing the man trying to assault him. It was then that Grosskreutz was videoed running at Rittenhouse with a pistol in his hand. The final shot was fired at that point, blowing Grosskreutz’s bicep up in what has now become a viral video.

At the end of the day, I see noway that a 1st degree murder charge stands here. Every piece of evidence says this was self-defense. And while it may be correct to say this 17 year old shouldn’t have been there armed with a gun, the right stop others from harming or killing you doesn’t go out the window over concerns of vanity. Regardless of why he was there, Rittenhouse had a right to shoot those attacking him. Whether this will serve as a lesson for future “protesters,” we’ll see. It’s a shame something like this had to happen for people to realize how dangerous these riots are getting. This entire ordeal is a gross failure of state and local officials who had the power to prevent the carnage and destruction.  If police aren’t allowed to do their jobs and anarchy reigns, people are going to get killed. It was inevitable and it will happen again unless things change.