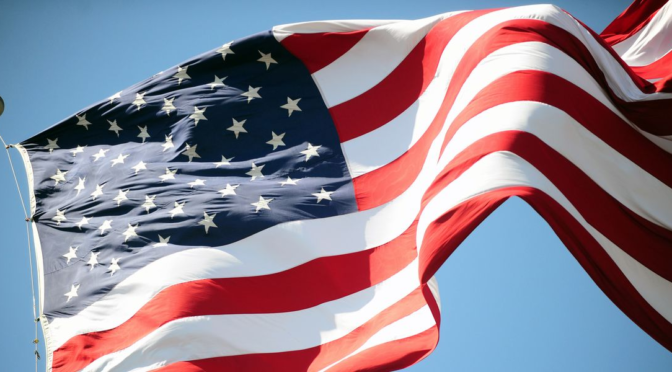 WILL YOU BE READY?

All signs are staring you in the face. Tried and true voices who don’t get hysterical are warning you. Acknowledging it, or not, will make the difference of whether you survive what’s about to happen. With God as our guiding light, the evil permeating across the planet will come to full bare November 4th, 2020A.D. It’s not over by a long shot!

The first order is to call/write today and going forward, your Secretary of State at least 2-3 times a week and remind them you will not tolerate ANY ELECTION FRAUD. Tell them you will be watching and demand good faith in our election process! DO IT!

The second order is to get to the voting booth on November 3, 2020. Bring 10 friends and tell everyone you know to:

VOTE every REPUBLICAN IN

Vote every DEMOCRAT OUT!

If you live in a “Jungle” Primary State as I do, you may get two Democrats running against each other on the ballot and no Republican to vote for. Vote for the person who is NOT the incumbent, vote for the new guy. If your only choices are the Democrat Incumbent or the Democrat new guy, put the new guy in just to upset an apple cart or two and let their heads spin. Their heads are already in a tail spin over the death of Supreme Court Justice Ruth Bader Ginsburg. That will keep them comatose for a while.

America must return to normalcy, where our way of life is protected at every level. It’s HIGH NOON IN AMERICA and HIGH TIME to CLEAN OUT the House of Representatives and the Senate of every current Democratic Communist Party Representative, they are not even hiding it anymore! Vote for nothing but Republicans. We’ll clear out the Rhinos later! This fight is not going to be won overnight because the corruption is far too deep within our government and this land has been defiled by some of the most vile people. A nation that loses it’s virtue cannot stand. Expect to stay in the game until your last breath and then some. The future of America and humanity are depending on it.

Now GET PREPARED for the day after the election, if we see another election!

THIS IS ONE SCENARIO THAT BY THE GRACE OF GOD MAY NEVER HAPPEN, FOR NOW WATCH THE SIGNS.

ALL sources are saying to expect an insurrection. That does not include the continued anarchy from the Soros funded ANTIFA and BLM Terrorists displaying it daily and who will continue! Their intent is to inflict even more harm on America if they don’t get their way! They are the enemies within and out who want to see America The Republic GONE!

All sources are saying to prepare yourself in every way manageable to survive the onslaught of more riots, more murder, no protection and an agenda to pummel your brain 24/7 with the lie that “Trump did not win the election!!” They will force stores to close, essential services halted, no water, no food and the general public will have no idea for how long. You are being warned. All of this is once again courtesy of the Soros funded communist propaganda mouthpiece the Mainstream Media, including every single social media platform you use! They are hoping if they say it enough you’ll just give in. What say you America?

The good news are the Patriots who have seen this coming for years, those who are prepared including our veterans; militias; and your grandma with her frying pan and a pitchfork; no matter how old or disabled, they will not be sitting silently by. Why?

Because that is what America was founded on and we Patriots love this country enough to die for her. We have been brawlers for freedom since our inception, take that to the bank! Evil has never accomplished killing the human spirit and it’s connection to the Creator. It’s an impossibility yet they will always try because Satan revels in the degradation of the human species. We’ve lost too many souls to the darkness and we, as the human race, must collectively acknowledge and repair THIS circle of life we hold so dear, each and everyone of us.

Do your self a favor, stock up for as much as you can afford right now and keep adding to it. Secure your papers, your housing and stay vigilant by keeping your head on a swivel. God gave you the right to protect yourself and your family! Use it wisely!

Hold fast to your faith, your guns and your family. Pray TOGETHER for those who go first to defend the front line of America if you cannot. If the fight comes to you make sure you’re prepared, it could be your neighbor. Think on your feet, go proudly with the courage knowing you are fighting the most righteous fight of your life for every American. Don’t let America die without a fight! You either stand for something or you stand for nothing. Fighting for America right now is the most important, if not an even more important fight than the Revolution! This is the fight the founding Fathers warned us of. Together we will be victorious!

Do not sit back and wait for someone to save you. If you’re an American than stand proud, stand free and stand with the promise that God has fulfilled in blessing this land with so much already! Lady liberty needs you now, to stay calm, stay committed and STAY FREE!

Good luck fellow Patriots! Victory Is Ours! God Bless the Republic of these United States Now and Forever!