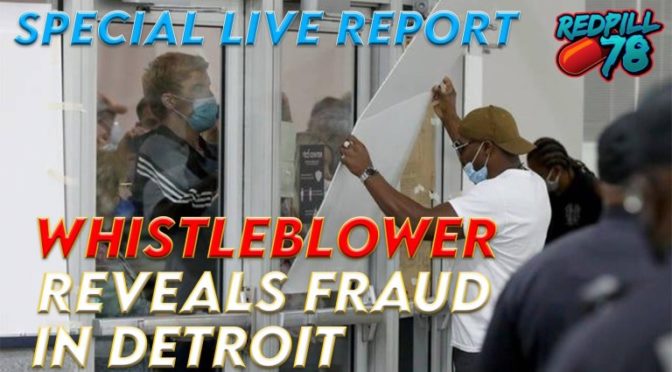 Well look what we have here America, yet another whistleblower has came forward to speak up about voter fraud in the 2020 elections. This time in the great state of Michigan, Detroit to be exact.

Our friends over at The Corruption Detector did a sit down interview with a whistleblower from Detroit, Michigan named Melissa A Carone. According to our friends that conducted the interview, the Dominion voting software VP owns the patent that was acquired by the company, but he told Carone to not interfere in the cheating.

Ballots scanned as many as 400x by a single counter tabulation machines, which is stunning fraud. 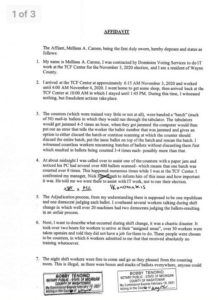 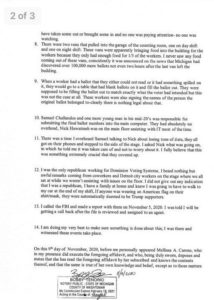 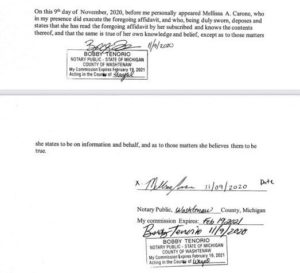 The insanity continues in this blockbuster interview by Zach from Red Pill 78. Ballots assigned to people who hadn’t voted, all fraud in favor of former Vice President Joe Biden. Read the affidavit above America, this is incredible, and why isn’t this being talked about?

If that wasn’t enough, the whistleblower according says that she was slated to go on Fox News Sean Hannity program, and then was passed on by the producer.

According to RedPill78news.com this is the 2nd time that they’ve had a big interview with a source and Fox News show with Sean Hannity has pulled the plug. The other was with whistleblower Nate Cain.

This is a developing story.