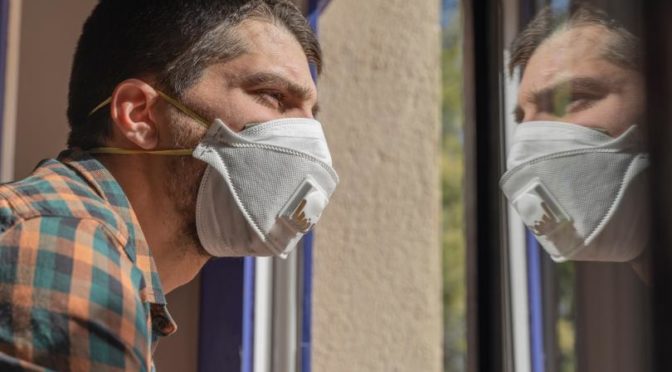 WUHAN, China, December 23, 2020 (LifeSiteNews) – A study of almost 10 million people in Wuhan, China, found that asymptomatic spread of COVID-19 did not occur at all, thus undermining the need for lockdowns, which are built on the premise of the virus being unwittingly spread by infectious, asymptomatic people.
Advertisement

Published in November in the scientific journal Nature Communications, the paper was compiled by 19 scientists, mainly from the Huazhong University of Science and Technology in Wuhan, but also from scientific institutions across China as well as in the U.K. and Australia. It focused on the residents of Wuhan, ground zero for COVID-19, where 9,899,828 people took part in a screening program between May 14 and June 1, which provided clear results as to the possibility of any asymptomatic transmission of the virus.

Asymptomatic transmission has been the underlying justification of lockdowns enforced all across the world. The most recent guidance from the Centers for Disease Control (CDC) still states that the virus “can be spread by people who do not have symptoms.” In fact, the CDC claimed that asymptomatic people “are estimated to account for more than 50 percent of transmissions.”

U.K. Health Secretary Matt Hancock also promoted this message, explaining that the concept of asymptomatic spread of COVID-19 led to the U.K. advocating masks and referring to the “problem of asymptomatic transmission.”

It stated that out of the nearly 10 million people in the study, “300 asymptomatic cases” were found. Contact tracing was then carried out and of those 300, no cases of COVID-19 were detected in any of them. “A total of 1,174 close contacts of the asymptomatic positive cases were traced, and they all tested negative for the COVID-19.”

Both the asymptomatic patients and their contacts were placed in isolation for two weeks, and after the fortnight, the results remained the same. “None of detected positive cases or their close contacts became symptomatic or newly confirmed with COVID-19 during the isolation period.”

Further evidence showed that “virus cultures” in the positive and repositive asymptomatic cases were all negative, “indicating no ‘viable virus’ in positive cases detected in this study.”

Ages of those found to be asymptomatic ranged between 10 and 89, with the asymptomatic positive rate being “lowest in children or adolescents aged 17 and below” and highest rate found among people older than 60.

The study also made the realization that due to a weakening of the virus itself, “newly infected persons were more likely to be asymptomatic and with a lower viral load than earlier infected cases.”

These results are not without precedent. In June, Dr. Maria Van Kerkhove, head of the World Health Organization’s (WHO) emerging diseases and zoonosis unit, shed doubt upon asymptomatic transmission. Speaking at a press conference, Van Kerkhove explained, “From the data we have, it still seems to be rare that an asymptomatic person actually transmits onward to a secondary individual.”
Advertisement

She then repeated the words “It’s very rare,” but despite her word choice of “rare,” Van Kerkhove could not point to a single case of asymptomatic transmission, noting that numerous reports “were not finding secondary transmission onward.”

Her comments went against the predominant narrative justifying lockdowns, and at the time the American Institute for Economic Research (AIER) highlighted that “she undermined the last bit of rationale there could be for lockdowns, mandated masks, social distancing regulation, and the entire apparatus of compulsion and coercion under which we’ve lived for three months.”

Swift to act, the WHO performed a U-turn, and the next day Van Kerkhove then declared that asymptomatic transmission was a “really complex question … We don’t actually have that answer yet.”

“I think that that’s misunderstanding to state that asymptomatic transmission globally is very rare. I was referring to a small subset of studies,” she added.

However, the new Wuhan study seems to present solid, scientific evidence that asymptomatic transmission is not just rare but nonexistent. Given that it found “no evidence that the identified asymptomatic positive cases were infectious,” the study raises important questions about lockdowns.

Commenting on the study, The Conservative Tree House noted that “all of the current lockdown regulations, mask wearing requirements and social distancing rules/decrees are based on a complete fallacy of false assumptions.” The evidence presented in the study shows that “‘very rare’ actually means ‘never’ asymptomatic spread just doesn’t happen – EVER.”

Such a large scientific study of 10 million people should not be overlooked, Jeffrey Tucker argued in the AIER, as it should be “huge news,” paving the way “to open up everything immediately.” Yet media reports have been virtually nonexistent and “ignored,” a fact that Tucker explained: “The lockdown lobby ignores whatever contradicts their narrative, preferring unverified anecdotes over an actual scientific study of 10 million residents in what was the world’s first major hotspot for the disease we are trying to manage.”

The recent findings should enable society to reopen once more, according to the AIER. Without asymptomatic transmission, “the whole basis for post-curve-flattening lockdowns,” life should resume and “we could take comfort in our normal intuition that healthy people can get out and about with no risk to others.”

“We keep hearing about how we should follow the science,” Tucker added. “The claim is tired by now. We know what’s really happening.”

He closed his commentary with the question: “With solid evidence that asymptomatic spread is nonsense, we have to ask: Who is making decisions and why?”