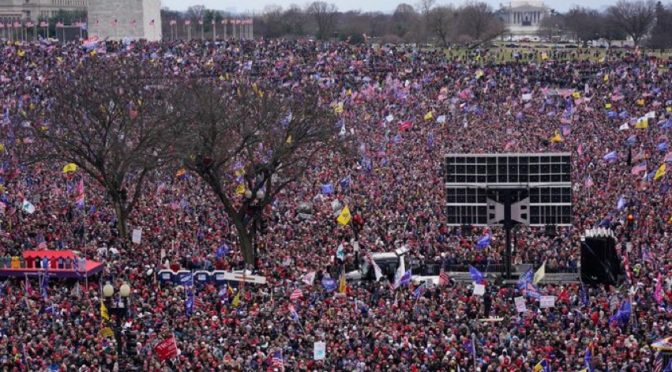 Let it be known that in no uncertain terms what happened on January 6, 2020 at the Capitol was a set up. A well-coordinated false flag to create “a false narrative”! That is why EVERYONE is coming for MAGA! Make a list and check it every day, your enemy’s are being exposed in batches right now, pay attention. We’re fighting smart, with the same conviction that brought the British Monarchy utter defeat in 1776! We’ve studied history, the art of war, and we know our enemy is sloppy, just like their dark soulless lives. They are the godless.

BEWARE MY FELLOW PATRIOTS. WALK WITH CONVICTION, UNDETERRED FROM THE GOAL TO UNSEAT THIS ILLEGAL GOVERNMENT USURPING OUR HOUSE. BE UNMOVED BY THEIR TAUNTS, THEIR THREATS, THEIR DISDAIN OF TRUTH AND GOD, BECAUSE THEY ARE YOUR ENEMY AND BEING SHOWN TO YOU RIGHT NOW THROUGH THE LIGHT OF GOD!

Their minions (some law enforcement, neighbors, family, Corporate America) will show themselves and try to intimidate you, but you must stand your ground. It will be your works upon which you will be judged, not just your repentance. So let’s work together and continue to bring truth into the light. Millions of Americans are clearly in the dark.

The story at the end of this article was what the left did not want you to know, especially right before their final attempt at owning America lock, stock, and barrel! On January 6, 2020 the MOAB of ALL voter fraud evidence fell right into Congress’ hands a little after they started the count of the Electoral College. They knew it was coming, had to bury it, they orchestrated a distraction and throw their final death blow to the once great United States of America, the Republic. But it ain’t over yet Patriots. As long as we have a breath to breathe, we will fight to the last one we take to return this nation to God. TOGETHER WE TRULY ARE VICTORIOUS!!

Keep in mind, in the last video at the end of this article, the woman being interviewed is a Washington D.C. Politician – an entrenched Politician. So take what she says with a grain of salt as she gives what appears to be hope that leaders, governors etc. are somehow really good guys and are still fighting this. I will believe it when I see it. The story is very real about Obama, Italy and a clandestine event to steal America’s voice forever. This is not a joke, it’s very real and these monsters went to a tremendous amount of work to pull it off right in front of your face and half of America believes them to be trustworthy. Think about that.

Meanwhile it’s 1774 and we have two years to beat the First Revolutions win of a two year mark. We’re taking the Republic back and purging the filth! While the media was “trying” to keep us distracted as they dramatically feigned disgust at a “peaceful” protest, they had already hired Antifa to infiltrate. They could not afford to have Americans know what their sins really are and that’s WHY Antifa was there; AND were specifically placed and directed via comms throughout the ‘Peaceful March to Save America’.

https://rumble.com/embed/v9x4tz/?pub=1y2nb
Trump supporters on capitol hill describe how the first people to storm the capitol building were “dressed up and had knee pads on”, something more to this…

In fact MAGA was trying to stop Antifa from breaking the windows. MAGA caused no clear and present danger.

Uh uh, one thing for sure MAGA knows there people, we’ve learned a lot since 2015. Trump supporters were lead/rodeo’d in by Capitol Police.

Here is where the Capitol Police have removed the barriers themselves and are ushering peaceful marchers into the Capitol.

https://rumble.com/embed/v9x2nd/?pub=1y2nb
And this above is yet another very poorly staged scene of a Capitol Policeman being taunted by people who apparently were identified as ANTIFA as the cop sheepishly tries to ward them off and eventually just runs away. Really bad acting!

There is more coming and I will update as needed.

GODSPEED PATRIOTS! GIVE ME LIBERTY OR GIVE ME DEATH!