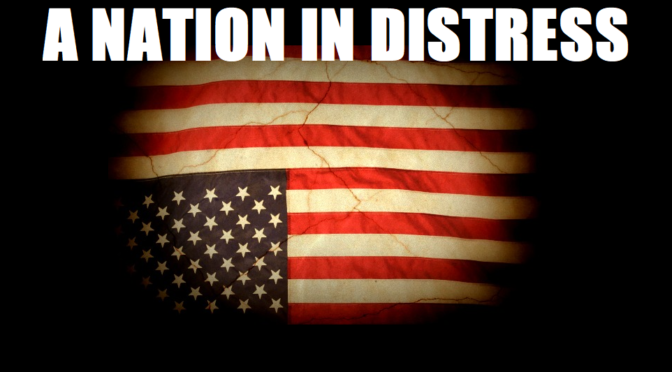 With Social Media Oligarchs censoring and purging every Red Blooded American Patriot and Congress wanting our heads on pikes, we still have old fashioned emailing to stay connected and WE MUST STAY CONNECTED! Here is mine:
RepublicInfo@protonmail.com

In addition get the app Telegram, it’s like all the others but more privacy. Go here: https://web.telegram.org/

It will become crucial over the next few months for Americans to communicate with each other! We must stay connected without fail. This is how they divided the country with their overreaching draconian lockdowns that kept us from worshipping God and WHY the Founding Fathers started the first American Revolution. Because of religious tyranny! The enemy within kept us apart on purpose because they knew we would unite under the basic principles on which this country was founded – Judaeo-Christian Values!!!

DON’T LIE TO US! DON’T CHEAT US AND NEVER ATTEMPT TO TAKE OUR GOD GIVEN LIBERTY’S AWAY! NOTHING GIVES THEM THAT RIGHT! WE THE PEOPLE ARE SELF GOVERNED!

DO NOT COMPLY! They can’t kill us all, there are far more of us than them and Americans took a pledge, an oath, that WE WOULD DIE FOR THIS REPUBLIC WHERE WE STAND, IN THE FACE OF OUR ENEMY’S. Like they say, better that I should fight this war so that my grandchildren won’t have to. As long as you walk with God fully, you are a righteous soldier of His army. This is Satan’s war and he must be put back in the bottle! God is in control.

Use protonmail.com or other email addresses other than google, yahoo, face book, or any other major corporate call letters. And if you have to, use code when writing, so you don’t grab the attention of spying algorithms picking up specific words. Have several backup emails, it’s going to get harry because they are coming for us. It’s already started; you will get your turn if you haven’t already.

Protect your family, your assets but by all means we must sacrifice our life, our money and honor for this because today, humanity will fall into the depths of despair if Americans don’t. Are you standing on that shining light on the hill, the beacon of hope blessed, signed and sealed in a covenant with God? These are the end days of this Republic if we don’t fight back.

“Originally published on December 19, 1776 the ‘American Crisis’ written by Thomas Paine became another catalyst to inspire, invoke and move citizens to rise up against the tyranny they faced from the British Empire, the strongest military known then. There is not one good reason why we should not stand at the front in defense of what was a great experiment, yet for us became the war for liberty across the entire planet.”

THESE are the times that try men’s souls. The summer soldier and the sunshine patriot will, in this crisis, shrink from the service of their country; but he that stands it now, deserves the love and thanks of man and woman.
Tyranny, like hell, is not easily conquered; yet we have this consolation with us, that the harder the conflict, the more glorious the triumph.
What we obtain too cheap, we esteem too lightly: it is dearness only that gives every thing its value. Heaven knows how to put a proper price upon its goods; and it would be strange indeed if so celestial an article as FREEDOM should not be highly rated.
Thomas Paine December 19, 1776

Help how you can, but help. Save the Republic for our children’s children and beyond!
Divorce yourself from using the traitorous tech company’s equipment; it’s an abyss of censorship, selling your personal info and bad service. For starters defend yourself from spying eyes. Buy equipment & services from patriotic companies like: https://patriotmobile.com/ & get a VPN (Yes we know most VPN’s are owned by China, so get used to bouncing around the network).

Just know that every corner, every alley, every home, street and business is being surveilled by those in the shadows. EXPOSE THEM AT EVERY TURN so others know. See something say something! We must shed light on the darkness, the evil permeating every facet of our perverted government. We must exorcise our entire government! Washington D.C. has been defiled beyond recognition! Tear it down to rid the vile godlessness, tear down the Uni-party, communism, Marxism & socialist ideals! And yes, I am trying to push the gambit here to see if Parler folded. It’s very freeing telling your enemy “Come at me Bra”

We have no choice
TiLT