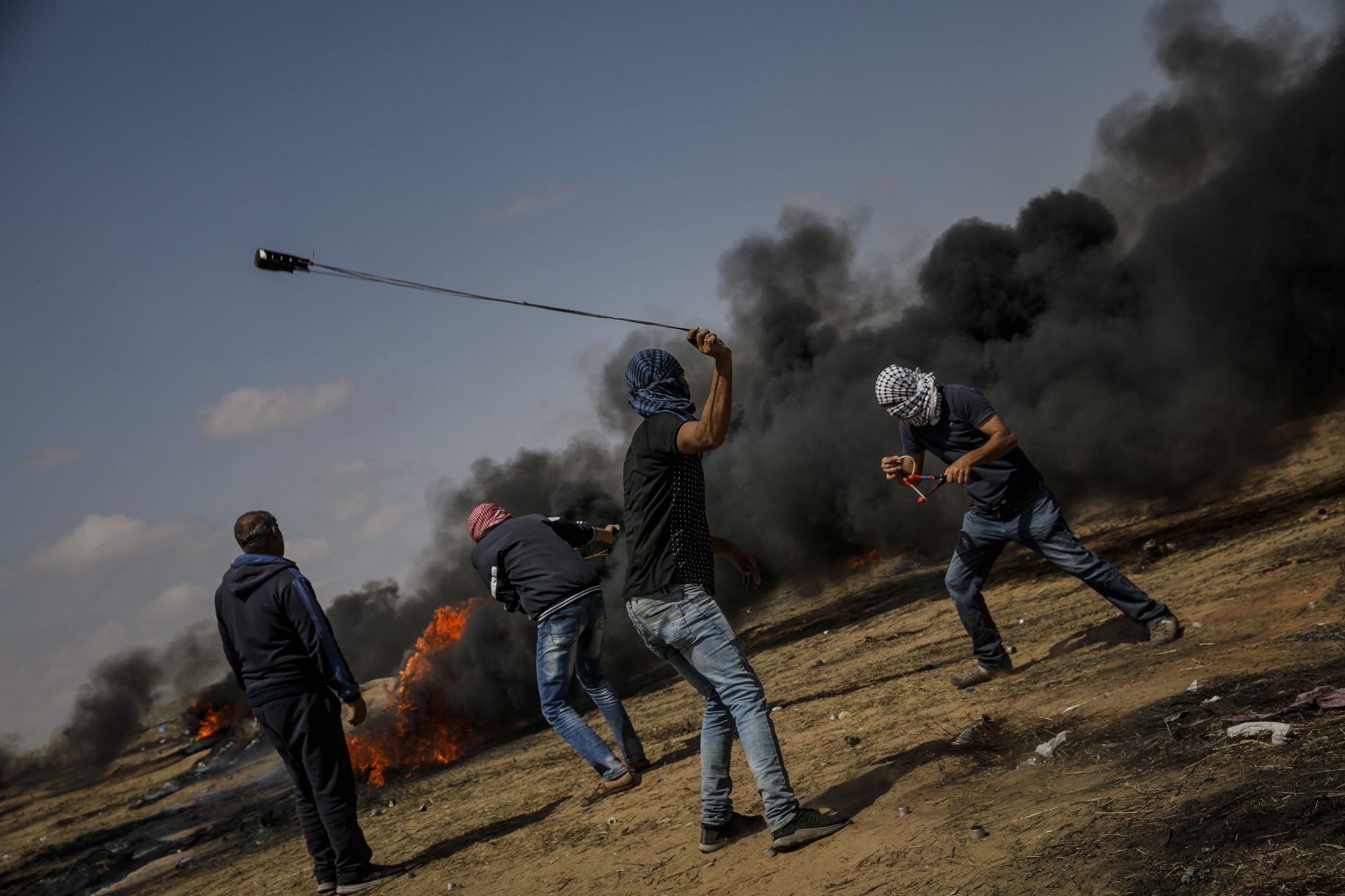 The United Nations Relief and Works Agency for Palestine Refugees in the Near East (UNRWA), which provides relief and human development support for Palestine, distributed school materials to Palestine that referred to neighboring Israel as “The Enemy” and made references to martyrs and jihad.

The Institute for Monitoring Peace and Cultural Tolerance in School Education (IMPACT-SE) compiled some of the UNRWA materials, which contain references to historic conflicts between Israel and Palestine, in a January report.

In one example, UNRWA Arabic language learning materials included a series of fill-in-the-blank statements, including “The Enemy awaits to ambush us like a sly ___.”

Another UNRWA Arabic language materials included passages such as, “We shall defend the motherland with blood”; “The Palestinian died as a martyr [ustušhida] to defend his motherland” and “The resistance fighter attacked the Enemy’s position.”

An 8th-grade grammar textbook, distributed by the UNRWA, includes the sentence, “Jihad is one of the doors to Paradise.” Elsewhere in the Arabic grammar textbook are sentences like, “The mujahideen [raised] the banner of jihad” and “The Palestinian will never leave his land, no matter the price.”

Math textbook pages also included prompts for students to tally the number of “martyrs” in the First Intifada, which was a series of violent demonstrations staged by Palestinians against Israeli authorities in Gaza and the West Bank.

Denis Rohan, a Christian Australian tourist, was arrested and claimed responsibility for the Al-Aqsa Mosque attack.

The IMPACT-SE report stated, “We were not able to find in the UNRWA-produced material any treatment of peace or peacemaking. This included both [Palestinian Authority]-derived material as well as original UNRWA produced content. Peace was generally not mentioned, neither as an ideal nor as a concrete goal.”

Lazzarini tweeted, “No place for discrimination+incitement to hatred/violence in @UNRWA schools. Local reference to inappropriate pages frm textbooks that were mistakenly distributed during #COVID19 lockdown were quickly replaced with content that adheres to UN values. I take v.seriously kids education and @UNRWA reviews v.rigorously learning material.”

In an accompanying press statement the UNRWA said “consistent with UN practice in all refugee situations” it uses curricula provided by host countries, so as to help students transition to the educational systems of their host country.

“UNRWA has a zero-tolerance policy for discrimination or for incitement to hatred and violence in its schools, educational materials, or in any of its operations. Any breach reported is dealt with firmly,” the statement read. “The Agency adheres, in its education programme, to the highest standards of neutrality, humanity and tolerance.”

Under President Donald Trump, the U.S. halted support for the UNRWA, citing repeated mismanagement of funds by the agency.

In his first week in office President Joe Biden his administration would restore the U.S. support of economic development and humanitarian aid for Palestinians, which he said have “atrophied over the last four years” under Trump.
Source HERE.