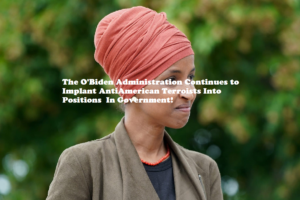 Omar will serve as Vice-Chair of the subcommittee on Africa, Global Health, and Global Human Rights. The subcommittee has jurisdiction over disaster assistance, human rights and international health issues, and oversight for the American Red Cross, the Peace Corps, and regional lending institutions.

“Upholding basic human rights around the world is a core priority for me and the Fifth District of Minnesota,” Omar said in a statement. “When we prioritize endless war and conflict over protecting and investing in our communities here at home, we all suffer. As someone who represents a large African diaspora community and the first African-born immigrant to serve in Congress, I am particularly excited to play a leadership role in overseeing our international aid and foreign policy on the continent. Amidst a global pandemic that devastated people’s livelihoods everywhere, it is important to make sure that the most vulnerable in Minnesota and around the world are getting access to much-needed aid and medicine.”

Omar, who is a Somali-born U.S. immigrant, previously served on the Africa, Global Health, and Global Human Rights subcommittee during her first term. Minnesota’s Fifth District covers a large portion of Minneapolis, and the state’s Twin Cities area is home to the largest Somali community in the U.S., according to the Minneapolis Star Tribune.

Omar’s rise to the subcommittee’s vice chair position comes as she has faced criticism for past remarks, including ones in reference to the Sept. 11, 2001 terrorist attacks. In a 2019 speech at a fundraising event for the Council on American-Islamic Relations (CAIR), Omar described the 9/11 terror attacks as “some people did something.” The 9/11 attacks resulted in the deaths of about 3,000 Americans.

Omar’s remarks at the CAIR fundraising event drew criticism from Rep. Dan Crenshaw (R-TX) and the son of a woman killed in the 9/11 terror attacks.

Later in 2019, Omar was blocked from entering Israel, a U.S. ally, over her “suspected provocations and promotion of BDS,” a reference to the anti-Israel Boycott, Divestment and Sanctions (BDS) movement.

Omar has also come under scrutiny for past tweets, including one in which she said, “Israel has hypnotized the world, may Allah awaken the people and help them see the evil doings of Israel.”

This year marks Omar’s second congressional term after being elected to Congress for the first time in 2018.

On her new committee position, Omar told the Star Tribune she’s particularly interested “in overseeing our international aid and foreign policy” in Africa.

“Amidst a global pandemic that has devastated people’s livelihoods everywhere, it is important to make sure that the most vulnerable in Minnesota and around the world are getting access to much-needed aid and medicine,” Omar added.