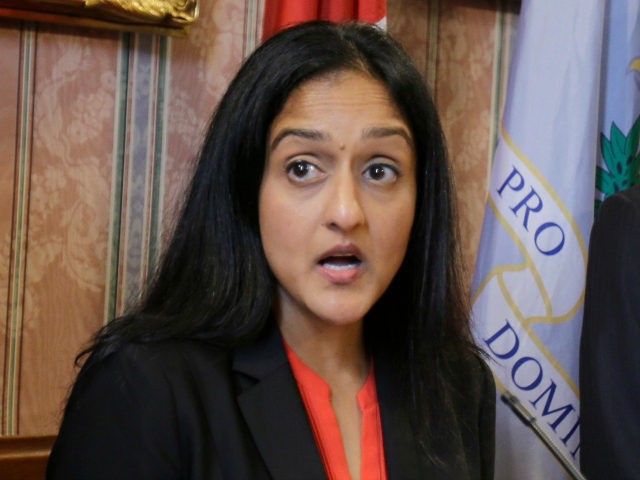 President Joe Biden’s nominee for Associate Attorney General, Vanita Gupta, owns between $11 million and $55 million of stock in her father’s company that sold acetic anhydride to Mexican cartels, which is used to make “high-grade ‘china white’ heroin and methamphetamine,” according to reports.

However, when Biden campaigned for president, his platform stated he would “hold accountable big Pharma companies, executives, and others responsible for their role in triggering the opioid crisis.” Noting that he intends to “[d]irect the U.S. Justice Department to make actions that spurred this crisis a top investigative and, where appropriate, civil and criminal enforcement priority.”

“Biden’s campaign vowed to hold companies accountable for their roles in the opioid crises, but now one of his Justice Department nominees is linked to a firm whose product was reportedly sold to Mexican drug cartels.”https://t.co/XA1IZYzG06

Raj Gupta, father of Vanita Gupta and chairman of a company named Avantor, has stopped selling “acetic anhydride in Mexico, as the country’s authorities announced a criminal investigation,” according to Fox Business.

Vanita Gupta has agreed not to engage with her father’s business.

Gupta’s nomination hearing was on March 9, when Sen. Ted Cruz posed questions to her on gun rights, abortion, and religious liberty – subjects on which she had previously voiced her views. “On every issue, Gupta evaded the question about her own views, saying that she would only apply the law of the land,” Joel B Pollak reported for Breitbart News.