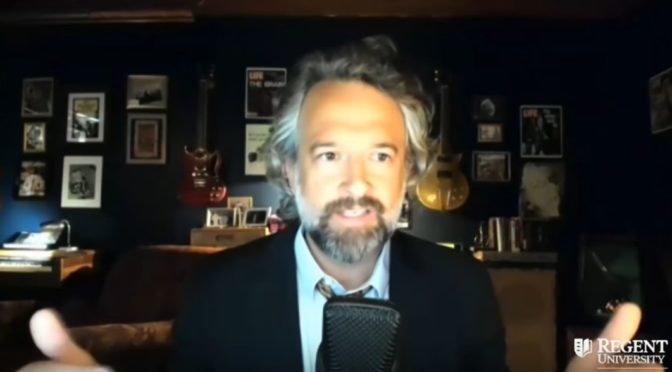 Source: “Where Was the FBI? Where Were the Courts? Where Was the Legislature?” – Professor and Attorney David Clements on 2020 Presidential Election

Professor and attorney David K. Clements was the final presenter at Regent University’s Election Integrity Conference on March 23rd. He covered the topic of the courts and the FBI and the actions, or non-actions, they committed in response to the many issues and potential crimes involved in the 2020 Presidential election.

Here is Professor Clements presentation as well as some highlights from his excellent talk:

Thank you Michele for that warm welcome and let me just say it’s an honor and a privilege to take part in this. A lot of the folks who have spoken have been of great assistance to me, my research, Jim and Joe Hoft in particular. I’ve also been very, I’ve had to familiarize myself with the Navarro Report and your last guest Eric Metaxas has been a profound influence on why I’ve stepped up. In fact, I’ve gone through one of his books called ‘Miracles’ and have read it. It’s a source of encouragement.

And, as I was listening to your speakers today, there’s something that came up over and over again. And, I’d like to think of what we heard over the past six hours as something that we would see in a court room, evidence being presented, witnesses testifying. And I suppose right now, if this was a court room I would be able to provide a closing arguement. And so I wrote some notes down in this black book and something that the Hoft brothers said really resonated with me and I think it’s gonna resonate with most the viewers who are watching me and it’s this simple question: “Where was the FBI? Where were the courts? Where was the legislature?”

In other words the question that was asked was, “What has happened to our court system? Why have the courts not heard these cases with evidence on election integrity? And, is there any evidence?

And so what’s clear to me after listening to the Hoft brothers is that we’re not talking about just the niceties of election, we’re not. We’re talking about evidence about either ignorant complicitance, intentional fraud, evil doing, perhaps something that rises to the level of treason. And so the people out there who are asking for justice, that’s why they feel so hopeless. That’s why they feel so overwhelmed with what happened in November. And there was just enough hope from November to December to January, that hopefully someone would do the right thing. They would hear all the evidence, they would delay certification of electors because certain votes obviously were not regulary given. And so right now we’re seeing that civil government has failed us…

Here is the presentation from Jim and Joe Hoft referred to by Professor Clements above:

Here is Peter Navarro’s presentation (He spoke right after the Hoft brothers) – more absolute evidence the election was stolen:

There is no way the FBI should NOT have had tens of thousands of agents all over the 2020 election. Instead, the FBI, the DOJ, the Courts, and the state legislatures all looked the other way.