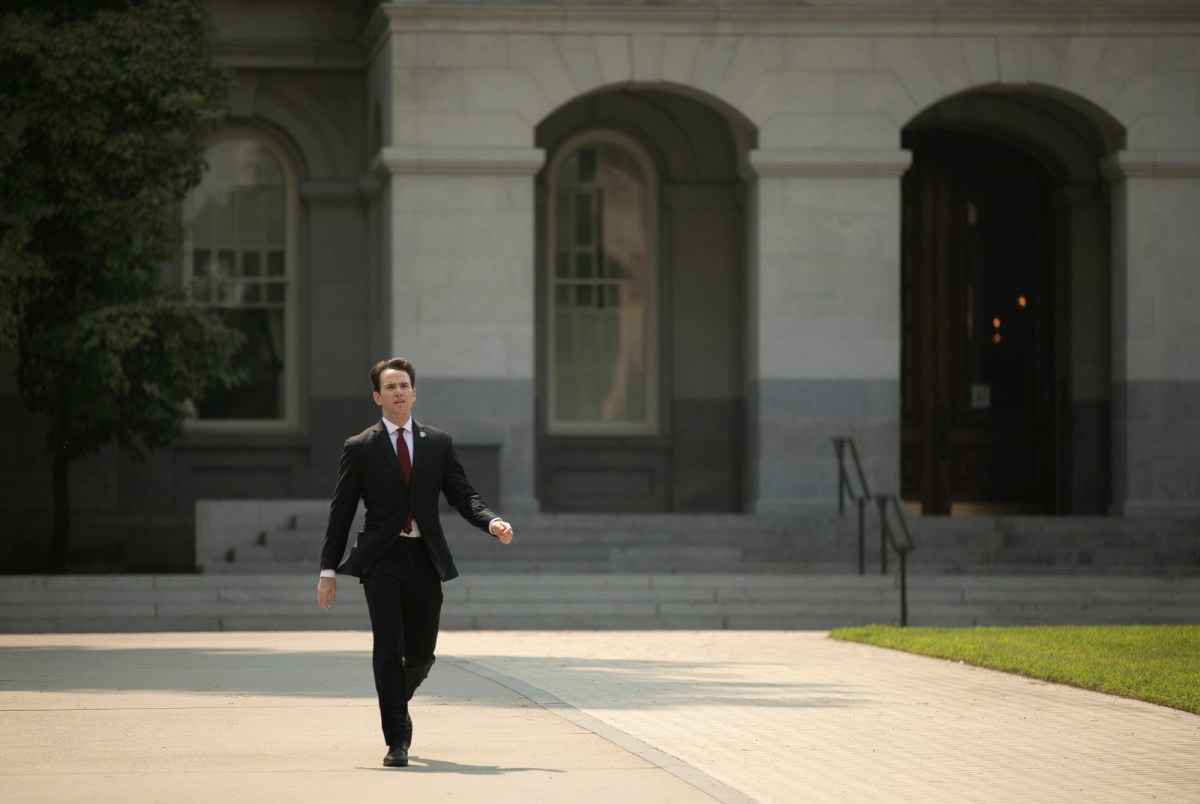 Assemblymember Kevin Kiley, a 35-year-old Rocklin Republican with degrees from Harvard and Yale, left a promising law career to run for a state Legislature so heavily dominated by Democrats as to render Republican votes almost meaningless.

“I would do it all over again if I had the opportunity,” Kiley, who was elected in 2016, told me recently.

“I think that there is a sort of latent coalition that is center-right in nature that can be called together and … improve the quality of life for people in the state,” he added. “I kind of got into politics with the hope that I could be a voice that could sort of try to lead the state in that direction.”

In recent months, Kiley has become one of Democratic Gov. Gavin Newsom’s chief antagonists in the Legislature.

He keeps a running list of the more than 400 laws and regulations affected by the 52 executive orders Newsom has issued since declaring a state of emergency for the pandemic. He introduced a resolution to end Newsom’s emergency power. He sued Newsom over the constitutionality of a vote-by-mail executive order. He introduced a bill that would prevent Newsom from filling Kamala Harris’ Senate seat if she’s elected vice president by calling a special election instead.

And as the 2020 legislative session ended two weeks ago, he asked Newsom to call a special session so lawmakers could “be a co-equal partner with you in decisions that will impact the lives of 40 million Californians.”

“I think definitely (Kiley) has made his mark during the COVID crisis, calling attention to … not giving the governor too much power … and the Legislature’s role to get back in there and represent people,” Assembly Republican Leader Marie Waldron told me. “He was the voice on that.”

Assemblymember Kevin Kiley sits for a portrait outside the California Capitol on Aug. 28, 2020. Photo by Anne Wernikoff for CalMatters

A spokesman for the governor said Newsom “has carefully used the authority the Legislature afforded him through the Emergency Services Act to safeguard public health and promote effective, continued operation of government through this unprecedented global health emergency.”

Both Kiley’s resolution to end Newsom’s emergency power and his bill to prevent the governor from filling U.S. Senate vacancies died. Neither was brought to a vote.

“At the end of the day, the office you’re in doesn’t always even matter as much as … what you make of it. There are people who are in the Legislature and … maybe they advance good legislation, maybe they don’t,” Kiley said. And then “there are people who use the position to pursue policies that change the trajectory of the state and really have a profound impact on people’s lives.”

It’s a position that has come with sacrifices.

“I don’t have a family yet, so I live on my own, which you … wouldn’t have necessarily thought would be the case when you’re in your mid-thirties, but sometimes life doesn’t turn out as you planned,” Kiley said.

“If I stayed as a lawyer at a big law firm, I’m sure that many aspects of my life would look different now.”

Assemblymember Kevin Kiley picks up an iced tea at La Bou in Sacramento on Aug. 28, 2020.

Kiley lives in an apartment in Rocklin — a suburb just outside of Sacramento where he grew up — within miles of his brother and parents, with whom he sometimes plays pickleball on the weekends. (His father, a retired doctor, joined Newsom’s California Health Corps and cared for some coronavirus patients at Sleep Train Arena, the Sacramento Kings’ basketball stadium.)

“I don’t have any terribly interesting hobbies,” he said, laughing. He goes to the gym, watches basketball and reads popular science books on physics, psychology and quantum mechanics.

He also has “the most boring culinary experience you can imagine,” which entails getting “90% of my meals” from the same “three or four places,” including Jack’s Urban Eats, Chipotle and a poké restaurant close to his apartment.

So who would guess that Kiley ended up on Nickelodeon after he and a partner won a national shooting competition sponsored by the National Basketball Association — not long after Kiley was cut from the freshman basketball team?

We “competed in the local (NBA 2Ball) area competition and we won, we advanced to the next level and we won, we advanced to the city championship and we won that,” Kiley said. “And then they chose the highest-scoring team of any city in the Western Conference … and we were the highest in the Western Conference. So we got to go to the NBA finals and compete on Nickelodeon in this shooting competition. And we ended up winning that.”

Still, he said, laughing, “I got cut from the team again the next year.”

In some ways, the experience reflects Kiley’s uphill battle in a Democrat-dominated state.

“As a member of the minority or superminority or uber minority party or whatever you want to call it … it’s not like I have the most influence on policy,” he said. “The one way I actually can make things happen is by being present at the Capitol when there are public hearings, public debate, and try to shape the course of events that way.”

“I try to find ways to have an impact, even when the odds are kind of stacked against you.”