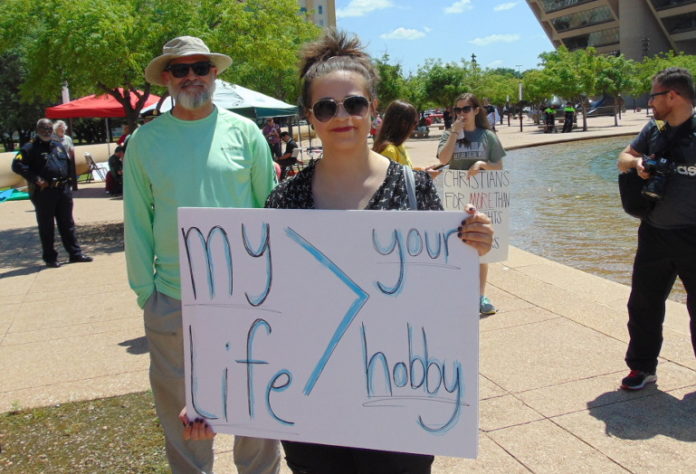 Source: The Case for More Guns, Learn to Think Like The Sheep Who Chose to Be Unarmed – Patriot Rising

People in the gun culture often express amazement about people who want them disarmed. They ascribe the desire to hostility and malice. It may be true for a minority of those who actively wish for a disarmed population. A significant number, likely a majority, have made a voluntary decision to be unarmed.

It is important to know your opponent and to understand their motives.

Three years ago, this correspondent wrote an essay on how to understand people who want a disarmed population. It was popular but did not appear on AmmoLand News at that time.

I have updated the essay for current conditions.

There Is An Easy Way To Understand People Who Wish You To Be Unarmed.

It takes a little discipline. You may have a little mental discomfort, but it is not particularly difficult. For the ability to understand the other side, assume you have deliberately chosen to be unarmed.

It is why many who are voluntarily unarmed dislike concealed carry but violently abhor open carry. Open carry presents them with a reality they cannot easily ignore. It destroys their comfortable fantasy.

People more easily accept information that reinforces what they already believe. It is a form of selection bias. If you choose to be unarmed, you easily accept the news that validates your choice. If authority figures tell you your decision to be unarmed makes you safer and more virtuous, you want to happily accept that as true.

If a politician proposes restrictions on gun owners and gun buyers, you appreciate their efforts. You do not own a gun. You do not intend to own a gun. Such proposals cost you nothing. The costs are born by other people, people who made a different choice. Armed people.

Restrictions on armed people appear to be positive because you believe fewer guns means you will be less likely to have a personal conflict with an armed person. You are unconcerned with whether the proposed restriction is stupid, draconian, ineffective, or unjust. To a deliberately unarmed person, the cost is zero. Any reduction in the number of guns is seen as a reduction of risk to you.

One of the costs you avoid by choosing to be unarmed is any necessity to learn about firearms, firearms technology, and the dynamics of armed conflict. When people who are knowledgeable point out technical mistakes in proposed legislation, discussion, or articles, it strikes you as meaningless babble. Semi-automatic, automatic, who cares? You are not interested in guns, so the technical distinctions seem unimportant.

Remember, you have voluntarily decided to be unarmed. If you admit arms are effective in preventing crime, or might be necessary for any defense, you might need to re-evaluate your assumptions. Re-evaluating assumptions about reality is painful for most people.

This explains attempts to minimize crime, minimize the dangers of wild animals, minimize government ineffectiveness in emergencies. It explains why so much effort is expended to discredit the number of times firearms are used for self-defense and to prevent crime. It explains the insistence that government can never become tyrannical.

Many people who once were voluntarily unarmed have been persuaded and see the advantages of being armed.
Making the Case

There are several effective methods to persuade the undecided and voluntarily unarmed. The methods show the benefits of being armed for the individual and society, and the costs of being unarmed. They work on both emotional and logical levels.

An important part of persuasion is to present yourself as polite and reasonable. On the Internet, you are speaking to the world. Being polite and reasonable does not mean you have to agree. It is not hard to show people their misconceptions in kind ways. It helps persuade those who are reading but not participating.

Another method is to lower the personal fear of firearms. This is very effective. Invite them to go shooting. Make this a pleasant experience. Have them shoot a .22, using hearing protection or a suppressor. Have the target up close, so it is hard for them to miss. A great many people change their opinion about firearms after a trip to the range.

It is one of the reasons those who wish to disarm us work hard to make it difficult to shoot legally. There are no public ranges in Chicago open to ordinary people.

Explaining the uncertainty of the future can help them become aware of potential future needs for firearms. They may want to be armed in the future. Use historical examples. You do not have to go far. Consider rooftop Koreans, or shop owners in Ferguson, Missouri.

This shows them the benefit of keeping their options open. Explain how changes in society or their personal situation may make the ownership of a firearm more important or useful. People often become more aware of the need for defense when they become parents or homeowners.

The surge in new gun owners shows how effective this motivation can be.

The desire to be armed is rooted in human nature, #ad in the desire to protect ourselves, those we love, our possessions, and our society.

Many who are voluntarily unarmed took the road of least resistance. If they can be gently persuaded to consider and reflect on their choice, they can change their mind.

The other side of the cost-benefit ratio is worthwhile. People who have chosen to be unarmed should be educated that disarming others is not cost-free. Increased distrust in society, increased black markets in arms, increased risk of armed resistance, and low-level warfare can increase their personal risk.

Society becomes fragmented and divided. Everyone becomes far less secure. Attempting to disarm society carries serious risks for those pushing the disarmament as well as those society attempts to disarm. Draconian gun restrictions have not reduced murder rates or the number of illegal guns.

In a society with 470 million privately owned guns, and gun sales at record levels, It will either take societal upheaval or many generations to disarm the American population if it is possible at all. Those who are unarmed will be vulnerable.

Very few choose to obey a law to register guns. For fear of sparking serious unrest, the 90-98% who do not comply are not subject to house-to-house searches. The media attempt to convince people that guns are useless when social cohesion breaks down. Have you seen movies where guns, lying about, are ignored while the hero picks up a club, or runs away? They are common on the net, but not very popular.

You can tell them how strict gun control is seen by a large percentage of the population as violating basic human rights, the Constitution, and the rule of law. Most people can understand how bad it is for a country to lose trust in the rule of law. Look at Chicago, Venezuela, the U.S. Virgin Islands. In all those areas, the rule of law has broken down. This is a powerful argument, which is why those desiring an unarmed population spend so much time misrepresenting and attacking the Second Amendment.

Explain the physical limits of gun control. Show how people with minimal technology make guns with ease; explain that gunpowder, priming, and bullets were all made in households and small shops by 1880. People today still use those techniques. They are supplemented by easily obtained and inexpensive machine tools, chemical equipment, and even 3D printing. The information is available to anyone with a computer.
The gun culture and Second Amendment supporters have physics, chemistry, facts, human nature, and the Constitution on their side.

Those who wish a disarmed population can win if they suppress and control the flow of information. Those who oppose Second Amendment rights necessarily oppose free exercise of the First Amendment.

Dean Weingarten has been a peace officer, a military officer, was on the University of Wisconsin Pistol Team for four years, and was first certified to teach firearms safety in 1973. He taught the Arizona concealed carry course for fifteen years until the goal of Constitutional Carry was attained. He has degrees in meteorology and mining engineering, and retired from the Department of Defense after a 30 year career in Army Research, Development, Testing, and Evaluation.