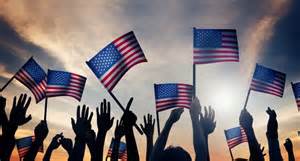 We the People Rising, is a grassroots, all-volunteer nationwide network seeking to influence – via activism – institutions of political corruption: the federal government – as well as state and municipalities – and the corporations and employers that hire and exploit illegal aliens.

*
The People Rising is an organization of some of the most patriotic, God fearing, red blooded hero’s of our time! Whether it’s going to committee meetings, court hearings, rally’s, Representatives’ offices -they go wherever it’s going have the biggest impact and that is by doing it Constitutionally, all the way.

They have an agenda and it is “America First”. They are proud Americans who believe in the idea, culture and promise of America! They inspire, invoke and are a reminder what it means to be a real American! No facade, just the facts, agree to disagree on one condition: American stays a Constitutional Republic and the economy remains a free market under Capitalism.

Follow the political adventures of We The People Rising! Be inspired! We need more people like these folks!

We The People Rising