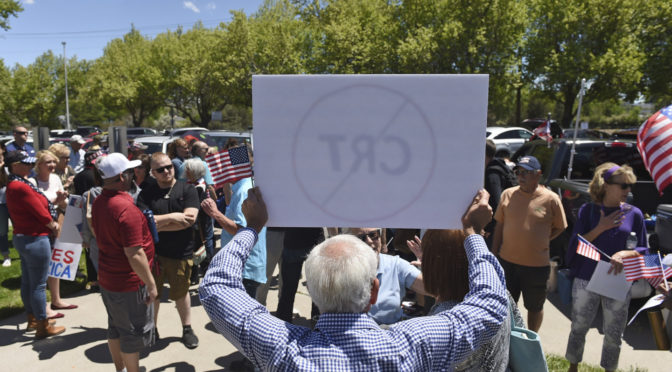 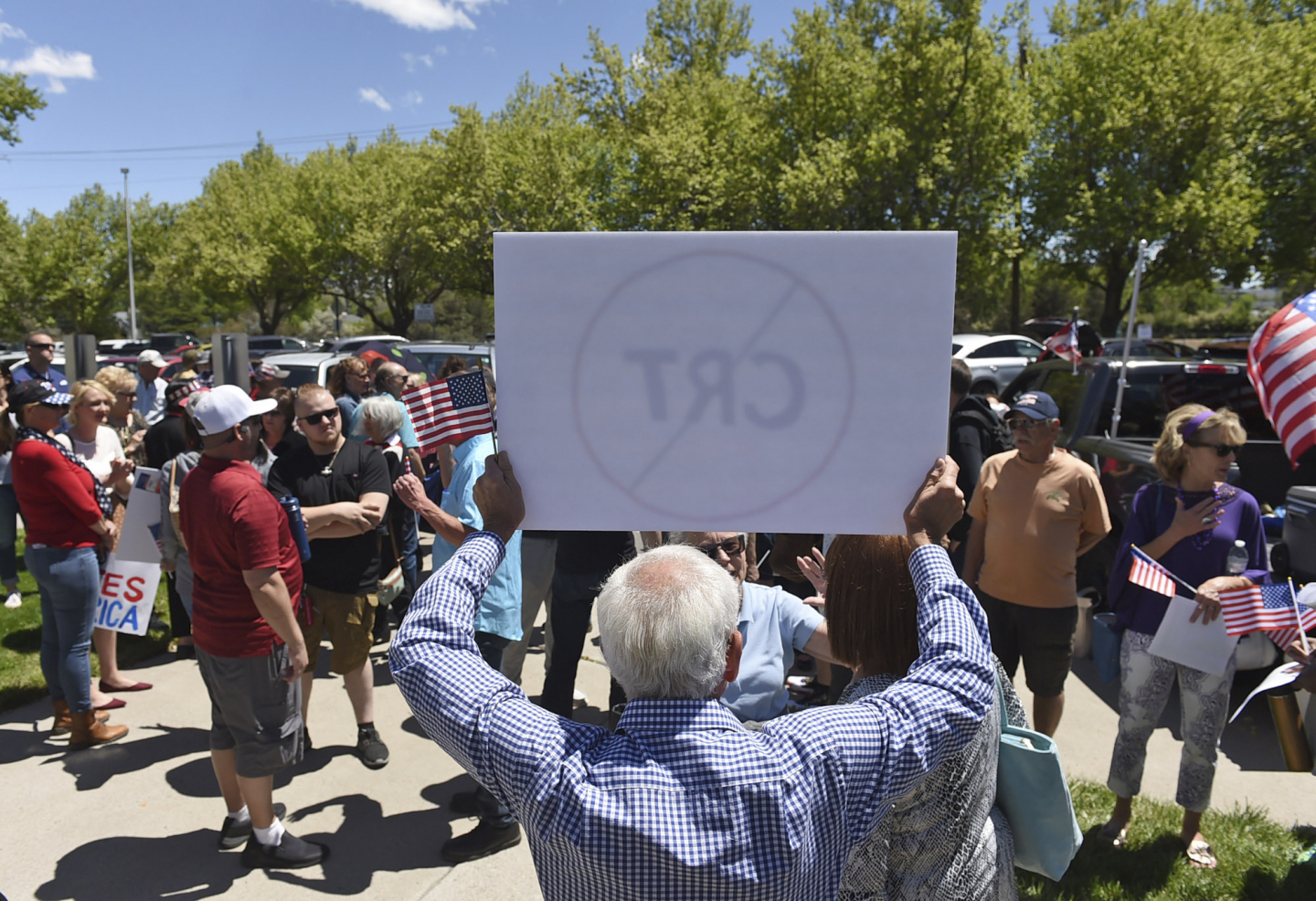 Source: A Plan to Get Divisive & Radical Theories Out of Our Schools | RealClearPolitics

As a candidate, Joe Biden’s number one promise was to “unite” America. Yet in his first months as president, his number one priority has been to divide our country by race and gender at every turn.

There is no clearer example than the Biden administration’s new effort aimed at indoctrinating America’s schoolchildren with some of the most toxic and anti-American theories ever conceived. It is vital for Americans to understand what this initiative would do, what drives it and, most importantly, how we can stop it.

For decades, the America-blaming left has been relentlessly pushing a vision of America that casts our history, culture, traditions, and founding documents in the most negative possible light. Yet in recent years, this deeply unnatural effort has progressed from telling children that their history is evil to telling Americans that they are evil.

In classrooms across the nation, students are being subjected to a new curriculum designed to brainwash them with the ridiculous left-wing dogma known as “critical race theory.” The key fact about this twisted doctrine is that it is completely antithetical to everything that normal Americans of any color would wish to teach their children.

Instead of helping young people discover that America is the greatest, most tolerant, and most generous nation in history, it teaches them that America is systemically evil and that the hearts of our people are full of hatred and malice. Far from advancing the beautiful dream of the Rev. Martin Luther King Jr. — that our children should “not be judged by the color of their skin, but by the content of their character” — the left’s vile new theory preaches that judging people by the color of their skin is actually a good idea.

Teaching even one child these divisive messages would verge on psychological abuse. Indoctrinating generations of children with these extreme ideas is not just immoral — it is a program for national suicide. Yet that is exactly what the Biden administration endorsed recently in a rule published in the Federal Register aimed at inflicting a critical race theory-inspired curriculum on American schoolchildren.

This is what the Biden administration wants to teach America’s children.

The Department of Education rule stems from an executive order Biden signed on his first day in office. Biden’s order abolished the President’s Advisory 1776 Commission I created to honor America’s founding principles, and reversed an executive action I took to stop these depraved theories from being imposed upon federal employees in workforce training sessions.

Thankfully, most Americans oppose this insanity. The left has only gotten away with it until this point because not enough parents have been paying attention and speaking up. But that is quickly changing. From Loudoun County, Va., to Cupertino, Calif., parents are beginning to make their voices heard against the left-wing cultural revolution. What they need now is a plan to actually stop it.

Here are the reforms that every concerned parent in America should be demanding.

First, every state legislature should pass a ban on taxpayer dollars going to any school district or workplace that teaches critical race theory, which inherently violates existing anti-discrimination laws. Inspired by my executive order last year, Florida, Texas, North Carolina, Oklahoma and other states have already taken steps to pass such laws. It needs to happen everywhere — and Congress should seek to institute a federal ban through legislation as well.

Second, each state should create its own 1776 Commission to examine the public school curriculum and ensure that students are receiving a patriotic, pro-American education — not being taught that the United States is an evil nation.

Third, parents have a right to know exactly what is being taught to their children. Last year, many parents had the chance to routinely listen in on classes for the first time because of remote learning. As students return to the classroom, states need to pass laws requiring that all lesson plans have to be made available to parents — every handout, article, and reading should be posted on an online portal that allows parents to see what their kids are being taught. Furthermore, in many places, there are rules preventing students from recording what teachers say in class. States and school boards should establish a “Right to Record.”

Fourth, parents need to organize locally — in every school district in America — to eliminate “Action Civics” and other versions of the effort to contort traditional civics education into a vehicle for political indoctrination. The left’s new argument is that our “divisions” stem from a lack of “civics education” — a problem they intend to “fix” with lots of new taxpayer money and a redefinition of “civics” in schools, just as they are trying to redefine the meaning of “infrastructure.” Right now, Congress is working on a $1 billion bill known as the Civics Secures Democracy Act. No Republican should trust the Biden administration with a billion dollars to spend on such programs. Even worse, the legislation threatens to establish a de facto national curriculum for history and civics, effectively bribing states into adopting the left’s anti-American curriculum. It is Common Core all over again — but much more extreme. And like Common Core, parents must unite to stop this new federal power grab.

Fifth, any parent who objects to the material being taught to their child in public school should get an automatic voucher, empowering them to pick another school of their choice. The government has no right to brainwash students with controversial ideologies against their parents’ will.

Sixth, states need to take back control of their schools of education and credentialing bodies to ensure they are not churning out radicalized teachers. To be clear, the overwhelming majority of our nation’s teachers are some of the most selfless and wonderful people there are — but regrettably, many have graduated from extremely biased education schools and may not even be aware of the degree to which leftist ideology has permeated their curriculum. States should set up alternative credentialing bodies that can certify great teachers who know how to instill a sense of love for America. School districts can then make it a priority to hire teachers with these certifications, especially for English, history, and social studies roles. States could even set up their own versions of Teach for America to get passionate and patriotic young people into the classroom.

Finally, states need to break the tenure monopoly in public K-12 schools. Tenure was originally supposed to protect competent teachers from being subjected to undue political influence; it has turned into a mechanism to protect incompetent teachers who themselves wield undue political influence over our children. Educators who are alienating children from their own country should not be protected with lifelong tenure; they should be liberated to pursue a career as a political activist.

Make no mistake: The motive behind all of this left-wing lunacy is to discredit and eliminate the greatest obstacles to the fundamental transformation of America. To succeed with their extreme agenda, radicals know they must abolish our attachment to the Constitution, the Declaration of Independence, and most of all, Americans’ very identity as a free, proud, and self-governing people. The left knows that if they can dissolve our national memory and identity, they can gain the total political control they crave.

A nation is only as strong as its spirit. For our children, we must act before it is too late.

Donald Trump was the 45th president of the United States.