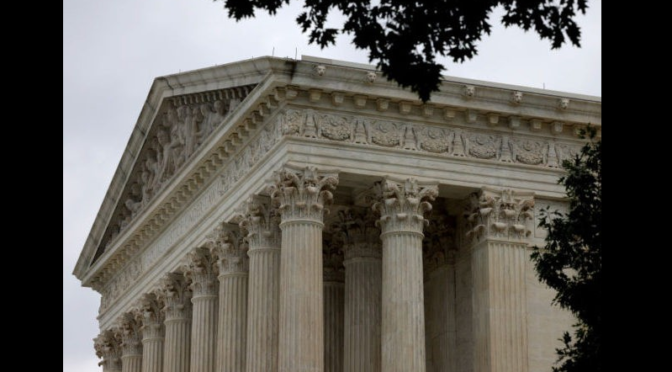 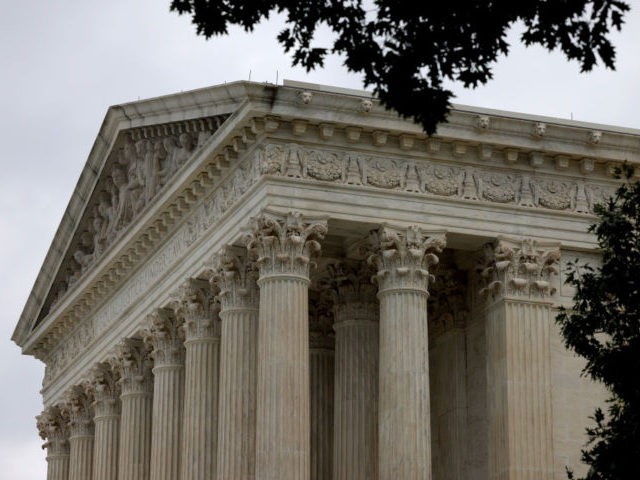 The Supreme Court ruled 8-1 Wednesday in favor of a high school cheerleader at Mahanoy Area High School in Mahanoy City, Pennsylvania, who was kicked off the school’s cheerleading team after calling out the school with profanities on Snapchat for allegedly telling her she needed to spend a year on the junior varsity (JV) team before making it to varsity — while an incoming freshman student made it on the varsity team, skipping JV.

Justice Breyer goes on to state, “We have made clear that students do not shed their constitutional rights to freedom of speech or expression, even at the school house gate. But we have also made clear that courts must apply the First Amendment ‘in light of the special characteristics of the school environment.’”

“One such characteristic, which we have stressed, is the fact that schools at times stand in loco parentis, i.e., in the place of parents,” the opinion added.

Therefore, the eight justices decided the school’s move to punish the cheerleader was in violation of the First Amendment, because it violates the Tinker rule.

“Putting aside the vulgar language, the listener would hear criticism, of the team, the team’s coaches, and the school — in a word or two, criticism of the rules of a community of which B.L. forms a part,” Justice Breyer wrote. “This criticism did not involve features that would place it outside the First Amendment’s ordinary protection.”

“Her posts appeared outside of school hours from a location outside the school,” the Court opinion continued. “She did not identify the school in her posts or target any member of the school community with vulgar or abusive language.”

“B.L. also transmitted her speech through a personal cellphone, to an audience consisting of her private circle of Snapchat friends. These features of her speech, while risking transmission to the school itself, nonetheless… diminish the school’s interest in punishing B.L.’s utterance,” Breyer added.

“It might be tempting to dismiss B.L.’s words as unworthy of the robust First Amendment protections discussed herein,” the Court opinion said. “But sometimes it is necessary to protect the superfluous in order to preserve the necessary.”

Justice Samuel Alito added in a concurring opinion joined by Justice Neil Gorsuch that “while the decision to enroll a student in a public school may be regarded as conferring the authority to regulate some off-premises speech — enrollment cannot be treated as a complete transfer of parental authority over a student’s speech.”

“In our society, parents, not the State, have the primary authority and duty to raise, educate, and form the character of their children,” Alito added.

The overwhelming majority of school administrators, teachers, and coaches are men and women who are deeply dedicated to the best interests of their students, but it is predictable that there will be occasions when some will get carried away, as did the school officials in the case at hand. If today’s decision teaches any lesson, it must be that the regulation of many types of off-premises student speech raises serious First Amendment concerns, and school officials should proceed cautiously before venturing into this territory.

Justice Thomas, however, dissented from the Court’s conclusion, asserting that, historically, such discipline was not considered a free speech violation.

“A more searching review reveals that schools historically could discipline students in circumstances like those presented here,” Thomas wrote. “Because the majority does not attempt to explain why we should not apply this historical rule and does not attempt to tether its approach to anything stable, I respectfully dissent.”

The Court overrides that decision — without even mentioning the 150 years of history supporting the coach. Using broad brushstrokes, the majority outlines the scope of school authority. When students are on campus, the majority says, schools have authority in loco parentis — that is, as substitutes of parents — to discipline speech and conduct. Off campus, the authority of schools is somewhat less. At that level of generality, I agree. But the majority omits important detail. What authority does a school have when it operates in loco parentis? How much less authority do schools have over off-campus speech and conduct? And how does a court decide if speech is on or off campus?

“The Court transparently takes a common-law approach to today’s decision,” Thomas explains. “In effect, it states just one rule: Schools can regulate speech less often when that speech occurs off campus. It then identifies this case as an example and leaves for future cases the job of developing this new common-law doctrine.”

“But the Court’s foundation is untethered from anything stable, and courts (and schools) will almost certainly be at a loss as to what exactly the Court’s opinion today means,” Justice Thomas added.

“Perhaps there are good constitutional reasons to depart from the historical rule, and perhaps this Court and lower courts will identify and explain these reasons in the future,” Thomas wrote. “But because the Court does not do so today, and because it reaches the wrong result under the appropriate historical test, I respectfully dissent.”

The case is Mahanoy Area School District v. B.L., No. 20-255 in the Supreme Court of the United States.