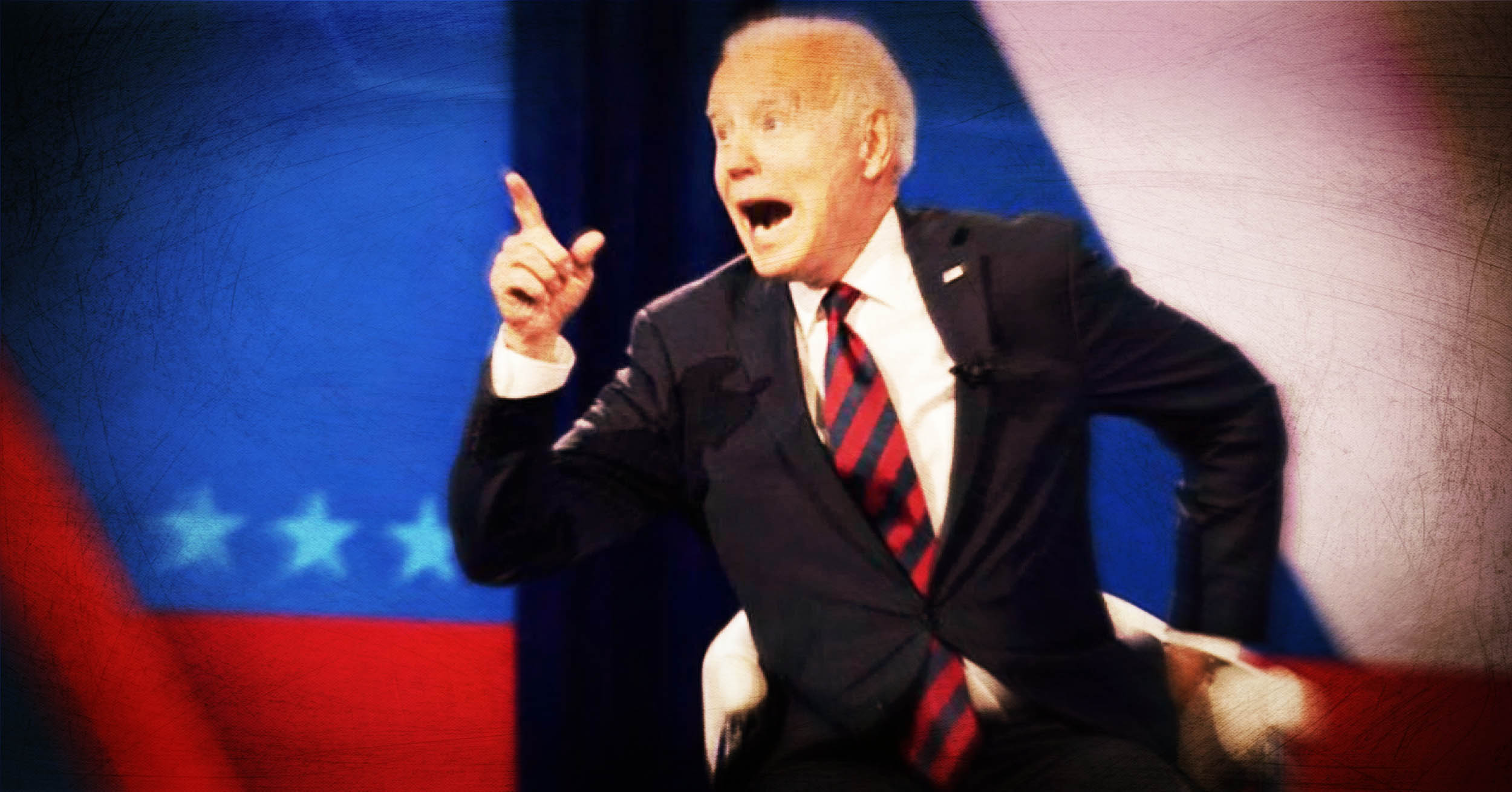 Did you happen to catch CNN’s town hall on Wednesday?

The broadcast was hosted by Don Lemon, and featured a predictably confused and stammering Joe Biden, haplessly trying to muck his way through an array of topics ranging from gun-gabbing to January 6th to Covid.

Joe experienced a lot of fumbles along the way- including one jaw-dropping moment where he lost his faculties for 25 seconds while trying to answer a simple question about the vaccine.

Eventually, Don Lemon jumped in and helped guide Joe out of the weeds.

The night was such a disaster that Sky News host Rita Panahi called Joe’s town hall “incoherent gibberish even by his very low standards.”

However, it wasn’t the gaffes, bungles, and “dementia-like” moments that were the worst part of the CNN town hall.

It was the blatant lies about the Covid vaccine that Joe so freely told to the American people which raised the most eyebrows. As a matter of fact, even CNN fact-checkers had to get off their duffs and call Joe out for lying.

As you likely know by now, Joe Biden, along with political elites from both sides of the aisle, the mainstream media, and corporate America are on a mission to browbeat each and every American into taking this vaccine.

They are desperate to get needles into the arms of every American in order to “fight off” a virus with a 99.8 survival rate for most healthy adults.

So much so, that Joe will actually appear on national TV and lie about it to millions of people.

Moments later, Biden followed that up by claiming that if vaccinated people do “catch the virus,” they are “not likely to get sick.”

Biden then turned around and contradicted himself, and told the crowd and viewers at home that the vaccines “cover” the Delta variant, and assured everyone that they wouldn’t get Covid if they were vaccinated.

What a confusing and dangerous world salad that was.

A quick look back at the beginning of the news week completely blows Joe’s claims out of the water.

We all watched in disbelief as five vaccinated Texas Dems, members of the White House, and congressional staffers tested positive for COVID-19.

How sick did they get? We don’t know, the White House is being very hush-hush on the matter.

But if you take an even deeper dive into the “vaccine issue” you’ll discover that vaccinated people are indeed getting sick from Covid. Some are even getting “very sick.”

An official told ABC News on Monday that the “vast majority” of the 132 Covid-19 cases were among vaccinated individuals.

At least 33 people in a nursing home in Yarmouth on Cape Cod have tested positive for SARS-Cov-2. Most of the residents that tested positive were vaccinated, reported the Boston Globe. Health authorities “working closely with the CDC” tried to minimize the outbreak while local outlets like the Cape Cod Times blamed unvaccinated people.

According to the Boston Globe, “at least 35 Covid-19 cases in Boston residents have been traced back to Provincetown” and the newspaper reported that the overwhelming majority of those had been fully vaccinated. A fully vaccinated Boston resident who had fallen ill while in Provincetown recently, told the Globe: “For two days, I was the sickest I’ve ever been in my life.” The same resident nevertheless hailed the initiation of vaccine passports. [Free West Media]

The piece goes on to say that Dr. Janet Whelan, a member of the Provincetown Board of Health, confirmed that the vaccinated could be spreading the Coronavirus: “The most interesting thing to me about this cluster of cases is so many of the people infected were vaccinated, which sort of means that a lot of the people that are vaccinated who are exposed to it may feel safe, but may also transmit it to others.”

ABC News however dismissed the spread as being “not a major concern.”

Of course they did…

A new report out of New Jersey details that 49 fully vaccinated people have actually died of Covid since December 2020.

Epoch Times reported that roughly four dozen fully vaccinated people in New Jersey have died from COVID-19 since December 2020, according to health officials.

Now, we realize that no vaccine is 100 percent perfect and that “49” number is relatively low when you balance it out with the reported 4.8 million NJ residents who took the shot. But we also know that a lot of stats and information like this aren’t being widely shared or reported on at the moment, so it’s difficult to get a handle on exactly what’s happening. And that lack of transparency makes people understandably jumpy.

And again, all of this info we’re now seeing just goes to show the level of lies and misinformation that’s literally pouring out of the White House.

I would imagine that CNN was forced to legally cover their butts after Biden’s lies.

Here’s what CNN said in response to Biden’s dangerous misinformation:

Covid-19 vaccines are highly effective, and they sharply reduce the likelihood of infection, serious illness, and death. However, contrary to Biden’s categorical declarations, they do not guarantee that people will not get the virus or will not be hospitalized or die. Even vaccinated people on Biden’s own staff have been infected. So have a senior aide to House Speaker Nancy Pelosi, multiple Democratic state legislators from Texas who have been in Washington, DC, this month; and various other high-profile people. [CNN]

That was definitely a classic “CYA moment.”

The White House is in a quandary right now.

They want so desperately to push this vaccine on Americans but are now facing down valid stories of vaccinated people getting sick and mask mandates coming back, which doesn’t exactly evoke “confidence” in the vaccine.

In addition, the White House is now in bed with Facebook working to “silence” right-wing disinformation agents, while the so-called president is out there peddling dangerous lies and spreading some of the wildest COVID-19 misinformation we’ve seen yet.

Based on all of this, I don’t think Joe’s handlers will be thrilled about booking anymore “town halls” anytime soon.