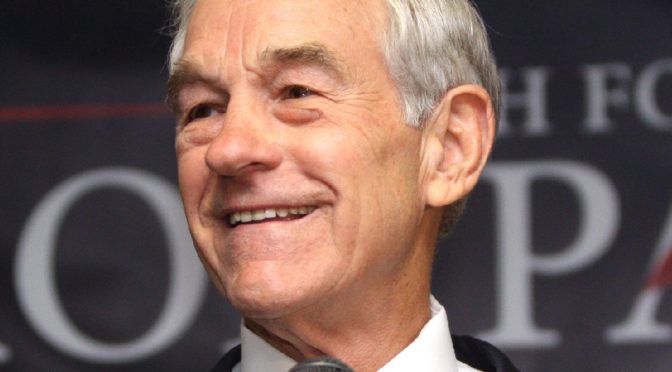 The Jan. 6th Show Trials Threaten All of Us

July 26 – The recent felony conviction and eight month prison sentence of January 6th protester Paul Hodgkins is an affront to any notion of justice. It is a political charge and a political verdict by a political court. Every American regardless of political persuasion should be terrified of a court system so beholden to politics instead of justice.
We’ve seen this movie before and it does not end well.
Worse than this miscarriage of justice is the despicable attempt by the prosecutor in the case to label Hodgkins – who has no criminal record and was accused of no violent crime – a “terrorist.”
As journalist Michael Tracey recently wrote, Special Assistant US Attorney Mona Sedky declared Hodgkins a “terrorist” in the court proceedings not for committing any terrorist act, not for any act of violence, not even for imagining a terrorist act.
Sedky wrote in her sentencing memo, “The Government … recognizes that Hodgkins did not personally engage in or espouse violence or property destruction.” She added, “we concede that Mr. Hodgkins is not under the legal definition a domestic terrorist.”
Yet Hodgkins should be considered a terrorist because the actions he took – entering the Senate to take a photo of himself – occurred during an event that the court is “framing…in the context of terrorism.”
That goes beyond a slippery slope. He is not a terrorist because he committed a terrorist act, but because somehow the “context” of his actions was, in her words, “imperiling democracy.”
In other words, Hodgkins deserved enhanced punishment because he committed a thought crime. The judge on the case, Randolph D. Moss, admitted as much. In carrying a Trump flag into the Senate, he said, Hodgkins was, “declaring his loyalty to a single individual over the nation.”
As Tracey pointed out, while eight months in prison is a ridiculously long sentence for standing on the floor of the “People’s House” and taking a photograph, it is also a ridiculously short sentence for a terrorist. If Hodgkins is really a terrorist, shouldn’t he be sent away for longer than eight months?
The purpose of the Soviet show trials was to create an enemy that the public could collectively join in hating and blaming for all the failures of the system. The purpose was to turn one part of the population against the other part of the population and demand they be “cancelled.” And it worked very well…for awhile.
In a recent article, libertarian author Jim Bovard quoted from Solzhenitsyn’s Gulag Archipelago about how average people turned out to demand “justice” for the state’s designated “political” enemies: “There were universal meetings and demonstrations (including even school-children). It was the newspaper march of millions, and the roar rose outside the windows of the courtroom: ‘Death! Death! Death!’”
While we are not quite there yet, we are moving in that direction. Americans being sent to prison not for what they did, but for what they believe? Does that sound like the kind of America we really want to live in?
While many Biden backers are enjoying seeing the hammer come down on pro-Trump, non-violent protesters, they should take note: the kind of totalitarian “justice” system they are cheering on will soon be coming for them. It always does.

Copyright © 2021 by Ron Paul Institute. Permission to reprint in whole or in part is gladly granted, provided full credit and a live link are given.