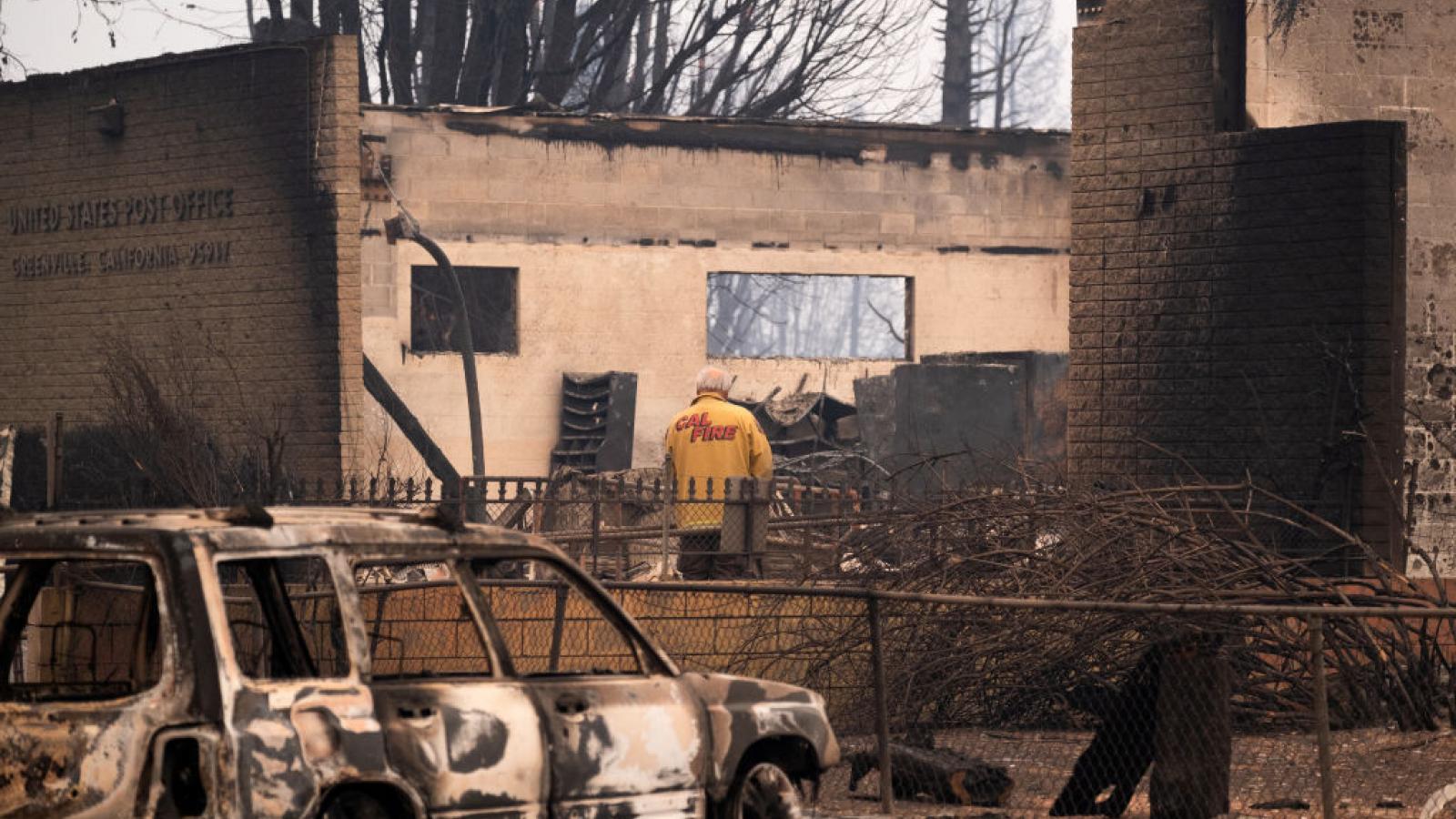 By Sophie Mann
Home
The Dixie Fire, which has been raging for days across Northern California, has become the largest wildfire in the state’s history.

Over the weekend, Dixie surpassed the Complex fire, which torched 900 structures and close to 1 million acres last August.

The National Interagency Fire Center provided an update on the blaze late Sunday. “The fire outlook continues to reflect warmer and drier conditions leading to the high potential for severe wildfire activity throughout the western United States through the rest of summer and into the fall,” read the statement. “Widespread high temperatures … with periods of lightning activity continue to exacerbate the wildfire situation.”

Dixie has been torching land, cars, roads, and anything else in its way for days, fueled in part by extremely dry conditions and high winds.

In towns that the fire has completely destroyed, including Greenville, and significant swaths of Plumas Country, more than 20 people have been reported missing. Three firefighters have been injured, and 589 buildings have been damaged or destroyed.