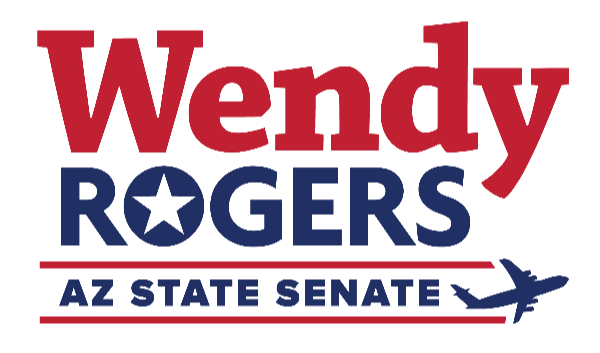 Hi Tamara,
Maricopa is under investigation.
Over 115,000 patriots have crashed my website to sign my petition to decertify the 2020 Arizona election. I am shooting for a minimum of 1 million signatures because I want to show that we have the people with us when I go on my TV interviews.
The Audit is not yet complete. There will be more to come.
As you may have heard, I’m Arizona State Senator Wendy Rogers. I am an Arizona State Senator, fighting for election integrity in Arizona and standing strong amid the storm! Please help me continue to fight for America’s Audit!
The Attorney General of Arizona has launched an investigation into Maricopa County amid its supervisors’ refusal to heed a valid subpoena!
On Friday, Attorney General Mark Brnovich opened an investigation into Maricopa County’s failure to comply with valid and enforceable legislative subpoenas as requested by Arizona State Senator Sonny Borrelli.
Attorney General Brnovich sent notice to Maricopa County with a request for a written response from the Maricopa County Board of Supervisors by 5:00 p.m. on Friday, August 20, 2021.
Those hiding the fraud of 2020 will be held to account.
That’s why I’m calling for Arizona to decertify the election. This charade has gone on long enough.
The good news? Patriots from around the country are with us- and the movement to audit the 2020 election is growing! 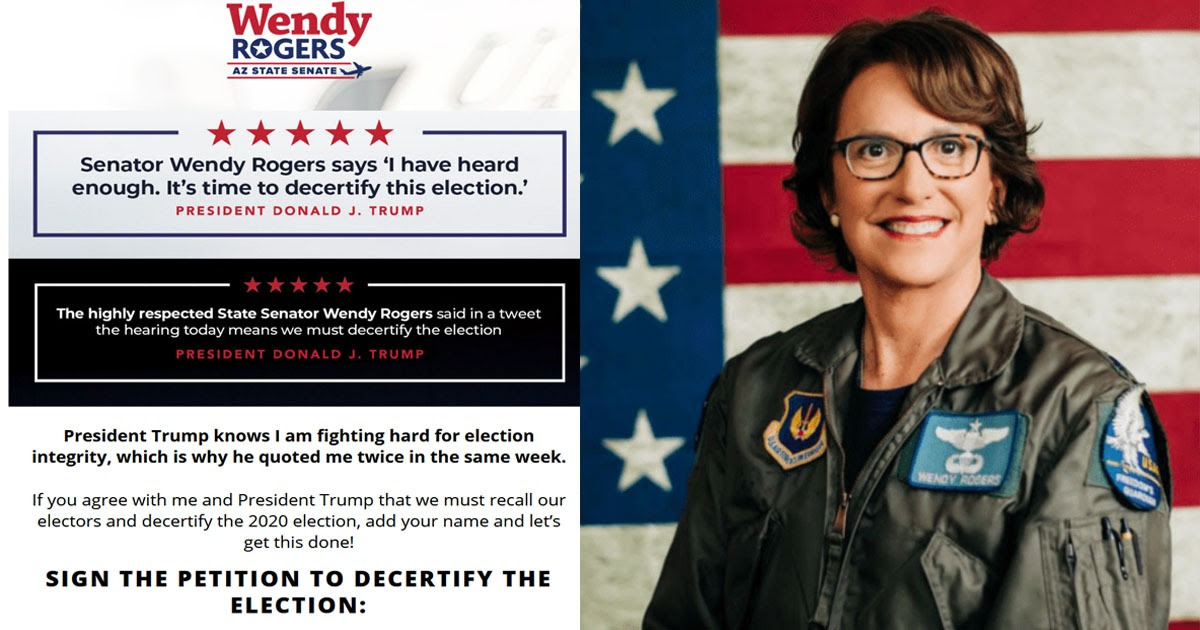 Last week, so many patriots signed my petition that my website crashed.
The petition to decertify the Arizona election started by State Sen. Wendy Rogers (R-AZ) has reached over 100,000 signatures, as the movement to secure election integrity within the state continues to gather momentum. Roger’s website had been driven offline by high traffic demand for the petition on last week, but has since been restored.
“We have 107,918 signatures now,” Rogers posted to Twitter on Monday. “Over 10% there. I want to have 1 million signatures to show support for decertification. Please share this and also send to everyone you know.”
But here’s the key thing: the results from the audit in Arizona are emboldening state legislatures all over to do the same! I am working with other states – we just need ONE STATE to decertify and it will start a domino effect.
I have been calling to #AuditAll50States because they can’t stop ALL of us.
The latest? Georgia has begun an audit and serious scrutiny of Fulton County’s blatant fraud.
According to Georgia state law, if a voter “cast more than the permitted number of votes” on a ballot, it is considered “spoiled,” and the vote “shall not be reinstated.”
Each ballot also has a disclaimer that reads, “If you make a mistake or change your mind or change your mind on a selection do not attempt to mark through the selection or attempt to erase. Write ‘Spoiled’ across the ballot and across the return envelope” and request a new ballot.
But thousands of such votes, called overvotes, originally rejected by vote-counting machines, were later altered by election workers and recounted in Fulton, County, Georgia, reports Just The News.
Because of widespread absentee voting, adjudication played a much larger role in 2020 than in past elections. For example, over 5,000 of the 148,000 absentee ballots cast in Fulton County required adjudication, according to logs acquired by Just The News.
That’s not all. Wisconsin, Pennsylvania, and Nevada are also making moves to audit their 2020 elections, in part.
It’s happening. 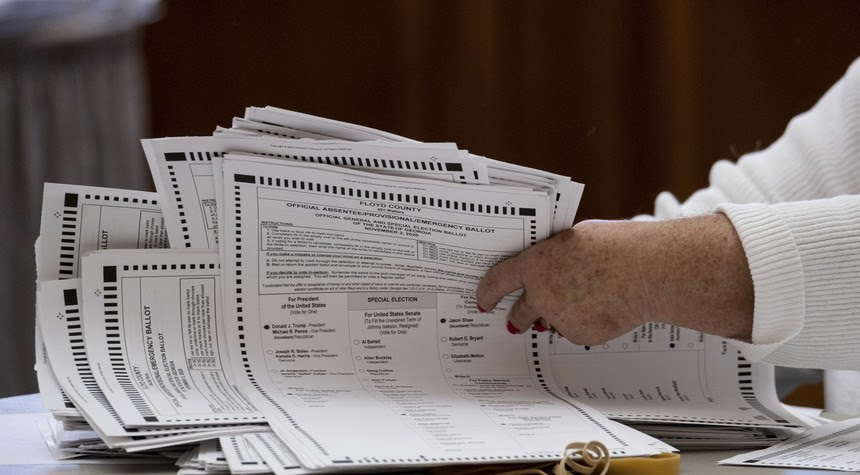 Copyright © 2021 Wendy Rogers for AZ Senate, All rights reserved.
Our mailing address is: