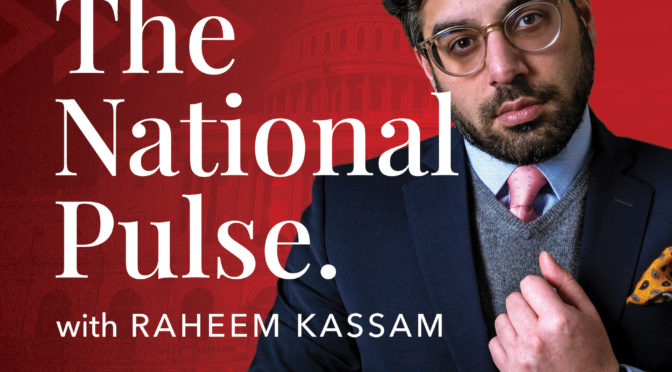 Source HERE.
Migration to the United States should exist for one purpose only: to enhance the prosperity and security of existing American citizens, whether native-born or legally naturalized.

This statement should not actually be controversial. To many on the Left, however, immigration is either some intrinsically inherent and pure good, or a cudgel with which to batter American culture and identity. For globalists, mass migration must be embraced, as a means to cheap labor and free votes, but now also as a matter of “social justice”. Because nothing says “equity” like stripping impoverished nations of their labor force and working them to the bone before sending them back to their American ghettoes.

This folly drives the present, dangerous rush for America to welcome hundreds of thousands of Afghans fleeing the ongoing civil war in their country as the Taliban takes over most of that land. After two decades, thousands of deaths, and trillions of dollars expended by America in Afghanistan, what debts do we owe that country and its people?

For those who took material risk to assist American operations there, surely our country can assist their safe removal from immediate danger. We have many bases in the region, plus allies nearby who share cultural and religious traits with these migrants and can provide refuge. But not one of these Afghans should be coming to America. That was never the deal.

In a time of pandemic and a fast-rising economic anxiety, the present is no time to welcome vast amounts of refugees into America, many of whom will require enormous resources from taxpayers.

When I tweeted out a picture of a record-setting American airlift jam-packed with Afghanis, making the point that no American town should be burdened with this influx of largely unskilled and unvetted young men from the other side of the world, blue-check Twitter was predictably aghast.

Raise your hand if you want this plane landing in your town?

America paid unimaginable costs in Afghanistan because of uniparty globalists who dominated the Bush & Obama administrations.


A simple (and widely-held) opinion earned condemnation from the likes of former CIA Chief Michael Hayden, anti-gun activist David Hogg, and CNN’s Jake Tapper who used a Bible reference from the Gospel of Matthew in response to me. Strange times when a host of that network, who is married to a former operative for Planned Parenthood, uses Christian scripture to try to shame others.

No one, though, addressed what the picture makes clear: the plane is packed with young, Afghani men. The best thing for that country would be for these young men to stay and save their homeland, to fight the Taliban and establish civil society. But if they choose to leave, settlement here in America should not be offered.

One huge reason: we cannot be blind to the awful experience of Europe in recent years trying to deal with a massive influx of Afghan refugees who have created enormous costs for citizens there and committed heinous crimes against Europeans. Just this summer, a 13-year-old girl was raped and murdered in Austria. Three Afghan immigrant men are charged with that horrific crime, creating a national scandal in Austria.

Speaking about this issue, Austrian Chancellor Sebastian Kurz observed, “We cannot solve Afghanistan’s problems by taking in large numbers of people into Germany and Austria, as in 2015. We have to improve the situation on the ground. If people have to flee, then I consider neighboring countries, Turkey, or safe parts of Afghanistan, to be definitely the more suitable.” Just this weekend, he reiterated his sensible stance that Austria will not accept new Afghan migrants.

The shocking crime against the 13-year-old was not out of character regarding the Austrian experience with Afghan men. Cheryl Benard is a former Rand Corporation analyst who is married to the former US Ambassador to Afghanistan. She wrote a revealing article on the Afghan migrants in Austria, titled: “I’ve Worked with Refugees for Decades. Europe’s Afghan Crime Wave Is Mind-Boggling.”

She describes “the large and growing incidence of sexual assaults committed by refugees against local women.”

MUST READ: EXC: A Senior Biden Staffer Wrote An Afghanistan Policy Paper Which Was Sponsored By a Top Chinese Communist Influence Group.

The ongoing crimes are “vicious, no-preamble attacks on random girls and women, often committed by gangs or packs of young men. At first, the incidents were downplayed or hushed up—no one wanted to provide the right wing with fodder for nationalist agitation…[but] with the official acknowledgment and public reporting, a weird and puzzling footnote emerged. Most of the assaults were being committed by refugees of one particular nationality: by Afghans.”

Benard cites that the relatively small Afghan population of Austria commits a staggering half of all sexual assaults there, according to police statistics. According to Hoover Institution research, between 2015 and 2018, during the wave of refugee settlement in Austria, sexual assaults there climbed 53 percent. Next door in Germany, in 2017 and 2018 one third of all sex crime suspects were foreign-born.

Beyond the critical need to defend American women, the issue of potential for terrorism must also be considered. The sad reality of “green on blue” attacks in Afghanistan, wherein trusted Afghan partners turn on Americans or their fellow Afghan soldiers, proves that even the carefully-vetted can present dire risks.

Just last year, two American soldiers were killed and six wounded when a supposed Afghan army ally turned on them with a hail of machine gunfire. In total, over 150 American and coalition lives have been lost in such attacks. The death toll has been much worse for the Afghans. In 2019, insider attacks killed a stunning 172 Afghan armed forces fighters, slain by their own allegedly-vetted fellow servicemen.

Given these risks, we simply should not allow the globalists to, once again, inflict the costs of their disastrous war and mindless nation-building upon the citizens of America. This pattern of invading a country, massively destabilizing it, creating a refugee crisis, and then settling those migrants in America is not a sustainable path to security and prosperity. But then again, the globalists know that all too well.