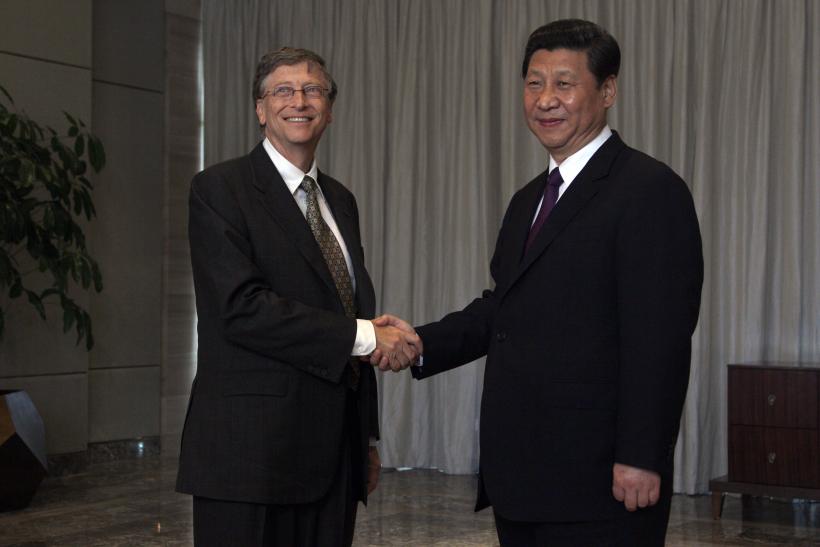 Since the onset of COVID-19, the Bill & Melinda Gates Foundation has sent over $54 million to global health projects in China, including to institutions controlled by the Chinese Communist Party and Wuhan Institute of Virology collaborators.

Source: EXC: Gates Foundation Sent Over $54 Million To China Since COVID, Including To Wuhan Collaborators.

Since the onset of COVID-19, the Bill & Melinda Gates Foundation has sent over $54 million to fund “global health” projects in China, including to institutions controlled by the Chinese Communist Party (CCP) and Wuhan Institute of Virology collaborators, The National Pulse can reveal.

China’s CDC has played a key role spearheading the narrative that COVID-19 developed naturally as opposed to tracing its origins to the Wuhan Institute of Virology; the former being a now-debunked conspiracy theory spread by global health authorities, corporate media, and the political left across the world.

Wuhan University received a $127,650 grant from the Foundation in January 2021, despite the school routinely collaborating with the Wuhan Institute of Virology on research, including studies focusing on bat coronaviruses funded by Anthony Fauci.

Several of the Gates Foundation grants are aimed at empowering China to play a larger role in global health and governance, despite the regime stonewalling efforts to uncover the origins of COVID-19.

In October, the foundation sent $150,000 to China Science and Technology Exchange Center to fund a project “to enhance China’s research and development contribution to global health and development by strengthening partnerships with the government, industry, and academia.”

A further $300,000 was sent to the state-run China Agricultural University in September to “build an enabling environment for supporting China’s engagement in global health.”

Several grants have also focused on broadening the Chinese Communist Party’s role in vaccine development and distribution, including a $300,000 grant to Tsinghua University in August 2020 “to establish a think tank to provide regulatory science research and technical support for vaccine ecosystem building suggestions.”

The alma mater of Chinese Communist Party leader Xi Jinping, Tsinghua University has a history of launching cyberattacks against the U.S. government.

Tsinghua also has a “clear connection between them and the state administration for technology and industry in discussions on what [they] can do to help the national security,” according to former Senior Intelligence Officer in the Defense Intelligence Agency and State Department Official Nicholas Eftimiades.

$120,000 was sent to state-run Zhejiang University in May 2020 to “engage China to play a bigger role in global governance and to contribute more to GAVI.”

GAVI, formerly the Global Alliance for Vaccines and Immunization, describes itself as a “global health partnership of public and private sector organizations dedicated to immunization for all.”

In May 2020, the foundation sent $600,000 to China’s CDC “to support emergency response and evaluation, and prepare China for the potential pandemic, which will not only help disease control and containment but contribute China’s experience to global health.” An additional $400,000 was sent to CanSino Biologics Inc. “to support international collaboration on development of anti-coronavirus vaccines, which will increase the availability of safe and effective vaccines for sustainable, global distribution and use” in April 2020.

The Gates Foundation has also funded projects aimed at expanding China’s role in Africa, including a $170,410 grant to the Chinese Academy of Agricultural Sciences “to support targeted researches and consensus building activities for the drafting of China-Africa Ag Modernization Plan with the aim of better leveraging China’s expertise to facilitate Africa countries’ agricultural transformation.”