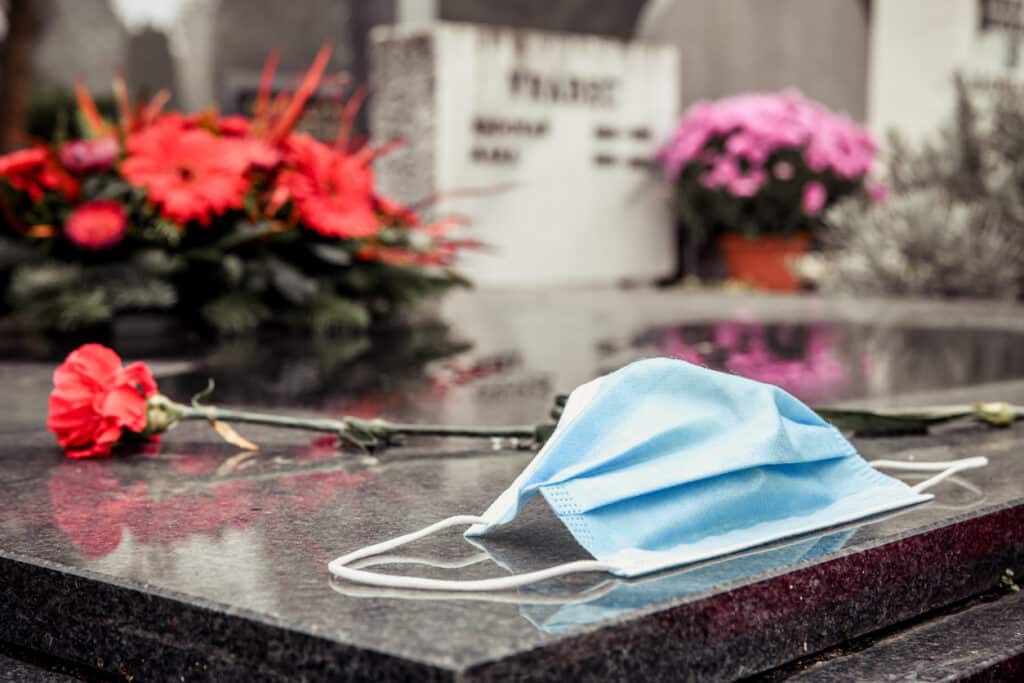 Speaking recently at a virtual news conference held for the Indiana Chamber of Commerce, Scott Davidson, the CEO of OneAmerica Insurance, told the group that reported deaths in the 18-64 age range were up 40% in Q3 of 2021 over pre-pandemic levels and that the trend was continuing in Q4

Source: Why are Americans 18-64 Dying? Nobody Knows-Does Anybody Care?

Speaking recently at a virtual news conference held for the Indiana Chamber of Commerce, Scott Davidson, the CEO of OneAmerica Insurance, told the group that reported deaths in the 18-64 age range were up 40% in Q3 of 2021 over pre-pandemic levels and that the trend was continuing in Q4. Davidson told the group, in part:

We are seeing, right now, the highest death rates we have seen in the history of this business – not just at OneAmerica…. The data is consistent across every player in that business.  Just to give you an idea of how bad that is, a three-sigma or a one-in-200-year catastrophe would be 10% increase over pre-pandemic.  So, 40% is just unheard of…

What the data is showing to us is that the deaths that are being reported as COVID deaths greatly understate the actual death losses among working-age people from the pandemic. It may not all be COVID on their death certificate, but deaths are up just huge, huge numbers.”

Davidson also said that the death rates were not just up for his company’s claimants, but were up across the board in the insurance business.

People of working age are dying at a rate that is unprecedented in our history and the mainstream media are not taking any interest or doing any sort of meaningful investigations.  Now, that could be because they are simply too busy worrying about bigger issues like CNN’s past obsession with Donald Trump’s ice cream intake or how often he played golf.  Journalistic priorities do need to be set.  Still, one would think that people dying in the prime of life at a rate not previously seen might be worth at least one five-minute slot with David Muir on World News Tonight.

Forget the MSM.  We all know their bias, and true to the familiar Solzhenitsyn refrain, they know that we know that they know.  Where are our government health officials stepping up to inform the public and give us some answers as to why people who don’t typically die are dying at a rate that seems to defy any intuitive explanation?  Should the head of the Center for Disease Control be concerned about this?  Shouldn’t our elected leaders be demanding explanations on behalf of their constituents?  Americans seem to be dying to find out what is happening. Perhaps I should rephrase that to read: Americans are dying until we find out what is happening?

Across the pond, Britain’s The Guardian picked up the story and concluded that this must mean that Covid deaths are being underreported.  Of course, they concluded that.  It fits with the globalist socialist narrative that the Chinese coronavirus (CCV) is so lethal that people need to remain herded like sheep, injected like cattle, and corralled at home like horses.  But while The Guardian likes to promote the “animal farm” attributes of the pandemic, the notion that the spike in deaths is related to ignored virus reporting doesn’t pass the smell (if you didn’t lose that sense) test.

By now we have all heard the anecdotal stories of people we know who had their cause of death reported as Covid when the actual cause was something more direct and the person had simply also tested positive for the virus (if a tree falls on a person with a positive PCR result, what really killed them?).  We also know of the various financial incentives for reporting Covid patients and deaths that the government has perversely built into the system.  It seems a stretch to think that people age 18-64 are dying at extraordinary rates and we are somehow missing that the deaths are from the CCV.

The reasonable inference is exactly the opposite.  If these deaths were from the CCV, both government leaders and the healthcare industry would be eager to report them as such.  Politicians would want to use the information to heighten levels of fear among citizens in order to maintain control and the medical industrial complex would want to exploit the deaths for financial gain.

Not to sound like a conspiracy theorist, but perhaps there might be something else at work in killing the great workers of America?

Since we don’t live in a linear world, the death rates are not increasing at the same rate across the country.  At two ends of the spectrum, we have New Hampshire with no increase in the mortality rate for the 18-64 ages group and then we have Tennessee with a 61% increase!  I don’t know what explains the variations between states and regions, but neither does anybody else and somebody ought to be looking!

The insurance industry lives and breathes through actuarial science.  According to the Bureau of labor Statistics, there are only about 22,000 actuaries in the country and they make on average $123,000 per year.  They are rare and they are well paid.  So precise are their calculations that my dad used to say to me as a boy when we drove past Allstate headquarters, “Son, those folks know when you are going to get sick before you do.”   Actuaries don’t miss much.  If they did, we wouldn’t have insurance.

Well, they missed this.  Everyone missed this.  Anomalies happen, that’s why we created a word to describe them.  What frightens me and should frighten every American is that nobody in media, government, or healthcare seems to care enough to figure out why this anomaly is occurring.