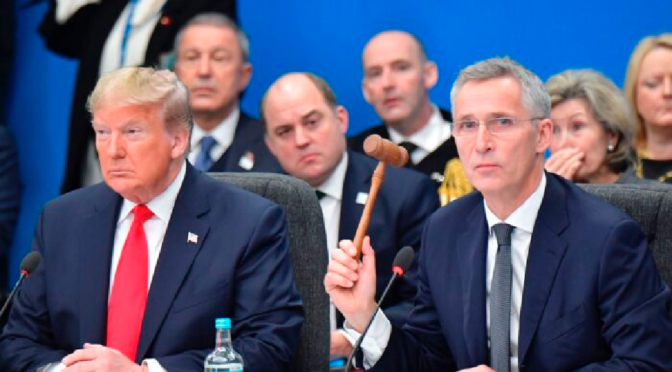 The North Atlantic Treaty Organization (NATO) agreed with U.S. President Donald Trump that it “could contribute more to regional stability and fight against international terrorism” in the Middle East.

NATO Secretary-General Jens Stoltenberg and Trump conversed over the phone on Wednesday about the current situation in the Middle East and NATO’s role, according to a NATO release.

“The president asked the Secretary General for NATO to become more involved in the Middle East. They agreed that NATO could contribute more to regional stability and the fight against international terrorism. They also agreed to stay in close contact on the issue,” the release states.

The release did not confirm whether NATO is set to take more action, and it is unclear what immediate steps NATO intends to take.

“Today, @realDonaldTrump spoke with @NATO’s Secretary General @jensstoltenberg. The two leaders discussed the current situation in the Middle East. The president emphasized the value of NATO increasing its role in preventing conflict and preserving peace in the Middle East,” he wrote on Twitter Wednesday afternoon.

The phone call comes after Trump earlier on Wednesday said during an address to the nation that he would ask NATO to become more involved in the Middle East.

Just a day prior, Iran fired missiles at Iraqi military bases where U.S. troops were stationed, in apparent retaliation for the killing of Iran’s top military commander Qassem Soleimani on Jan. 2.

During the speech at the White House, Trump referred to Soleimani as “the world’s top terrorist.” Soleimani led the Quds Force, a part of Iran’s Islamic Revolutionary Guard Corps, which the United States designated as a terrorist group in early 2019.

Trump pointed out in his address that no Americans or Iraqis were injured in the latest attack from Iran, and the strikes caused minimal damage. The president also said that he would seek peace with Iran.

America has achieved energy independence by ramping up domestic production, Trump said, adding that “we do not need Middle East oil.”

The United States has “big” and “powerful” missiles but “does not want to use” its military and equipment, Trump said, adding that “American strength, both military and economic, is the best deterrent.”

Stoltenberg condemned the Iranian missile attacks in a public statement on Twitter.

“I condemn the Iranian missile attacks on U.S. and coalition forces in Iraq. NATO calls on Iran to refrain from further violence. Allies continue to consult & remain committed to our training mission in Iraq,” Stoltenberg wrote.

In the fight against international terrorism, NATO currently conducts training missions in Iraq and Afghanistan and is a member of the Global Coalition to Defeat ISIS. The intergovernmental military alliance recently announced that it has temporarily suspended its training operations in Iraq to ensure the safety of its personnel, amid tensions in the Middle East after Soleimani’s death.

The North Atlantic Treaty Organization comprises 29 countries, and since it’s inception in 1949, this political alliance was committed to a collective defense of all it’s members, both financially and with military power. In the past few decades all members of NATO have not been paying their fair share as promised and most of the cost lies on American workers and taxpayers to protect the other 28 countries. That is what President Trump is stopping and in his usual grandiose style! #Reciprocal It has to be fair or we don’t play and because he is coming to them with an extreme amount of savvy and diplomacy, they cannot deny America! God Bless President Trump, always fighting for the good guys! 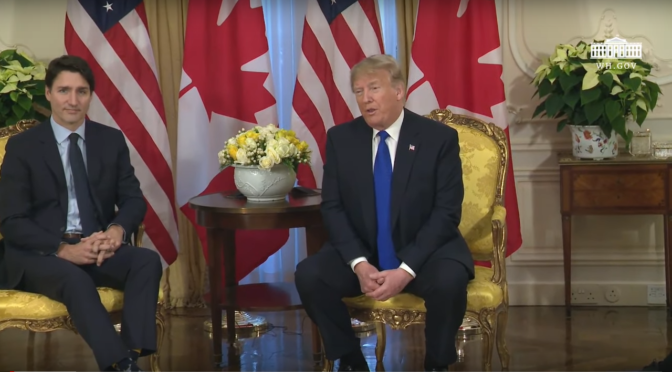