Authored by Fred Lucas via 19fortyfive.com,

Is this what a party does when it can’t keep voting on articles of impeachment? 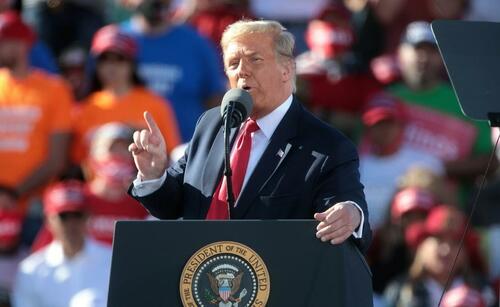 The House Oversight and Reform Committee alone has been firing away Trump-obsessed legislation, as Democratic sponsors for bills on the Census, civil service, and whistleblower protections all cite Trump as a key part of the justification for the proposals. The common line connecting all the bills is to curb executive power that should be in the hands of an elected president and enhance the power of unelected and largely unaccountable bureaucrats.

Three of the bills that began in the oversight panel cleared the House Rules Committee this week to move to the House floor.

Trump Derangement Syndrome is clearly real. To be clear, it’s not necessarily better or worse than Trump sycophancy. Americans–whether serving in public office or everyday working stiffs–should never base their life around idolatry of or seething hatred for one prominent leader. But, of course, that has happened with Trump. I suppose polarizing is a shorter way to put it, but that term seems so trite.

Anyway, the anti-Trump side is presently being more ridiculous and pettier. If Trump sycophancy becomes a legislative agenda, I’ll reconsider that judgment.

The silliness of it all is that Trump might be the only Republican–at least top tier Republican–who could lose to either Joe Biden or Kamala Harris in 2024. While that’s questionable, House Democrats are advancing bills through committee as if they think he’s a sure thing come January 2025 – or water down a second Trump term as much as possible by weakening presidential authority.

Also, some of the bills are based on silly anti-Trump conspiracy theories. The bills would effectively politicize executive branch agencies that shouldn’t be.

HR 8326, dubbed the Ensuring a Fair and Accurate Census Act would make it more difficult for a president to fire a Census Bureau director, while also granting the director broad new authorities to conduct statistical sampling. It would expand the number of Census Bureau employees with civil service protections. It also constrains future censuses from inquiring about citizenship–which could favor Democrats for enumeration and apportionment.

When the oversight committee advanced the bill in July, committee Chairwoman Carolyn Maloney, D-N.Y., complained about the “Trump administration’s illegal efforts to weaponize the Census Bureau for political gain.”

House Oversight Committee Democrats Reps. Gerald Connolly of Virginia and Brian Fitzpatrick of Pennsylvania co-sponsored H.R. 302, dubbed the Preventing a Patronage System Act. The theory is that if Trump is elected, he would eliminate the civil service system and return to a spoils system.

The press release for the bill references Trump’s final months in office, when he signed an executive order creating a “Schedule F” category of federal employees.

The order determined that career employees with civil service protections involved with “policy-determining, policy-making, or policy-advocating” positions that are “not normally subject to change as part of a presidential transition” could be more easily removed for insubordination, which was a problem during the Trump administration.

This would affect a maximum 50,000 federal employees out of the 2.2 million federal workforce. That’s far from a patronage system.

The Whistleblower Protection Improvement Act, or H.R. 2988, certainly is a more innocuous sounding name, since many Republican lawmakers love whistleblowers that rat out Democrats. But this bill practically encourages bad actors in the federal workforce to simply engage in meritless accusations–thus abuse the legal whistleblower protections. Whistleblowers have significant legal protection now. But the bill would create a new legal veil around whistleblowers and enshrines whistleblower anonymity in all situations.

Connolly, the Virginia Democrat, said the bill comes  “in the wake of the Trump administration’s assault on whistleblowers.”

Maybe considering the record of the Biden administration, Democrats feel they should keep reminding voters of Trump. Perhaps it makes good fundraising letters for these politicians to tell Democrat donors they are still sticking it to the bad orange man.

Still, one must wonder: if Trump had decided to fade from public life like most presidents, what in the world would hold Democrats together? 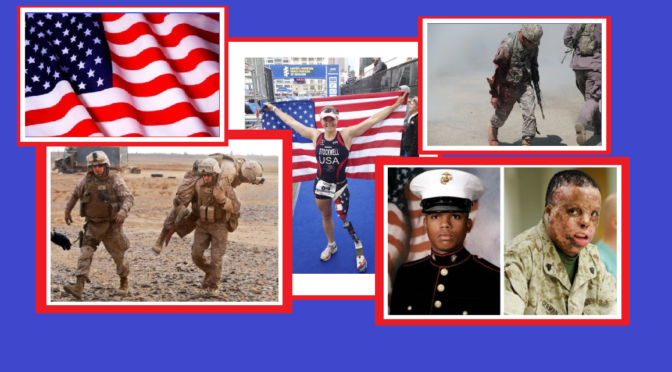 Or Will You Give Back to the Country That Has Given you So Much? Asking for future generations. 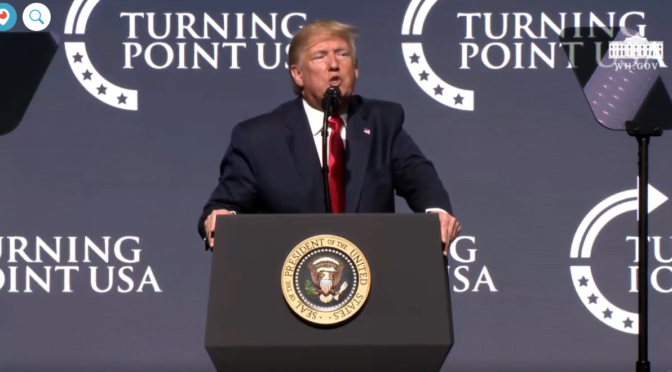 Members of Congress are holding “secret conversations” about removing President Donald Trump from office following a “difficult first 100 days,” according to a report from The New Yorker magazine.“Nobody occupies the White House without criticism, but Trump is besieged by doubts of a different order, centering on the overt, specific, and, at times, bipartisan discussion of whether he will be engulfed by any one of myriad problems before he has completed even one term in office—and, if he is, how he might be removed,” wrote Evan Osnos. Osnos claims to have “interviewed several dozen people about the prospects of cutting short Trump’s Presidency,” including “his friends and advisers; to lawmakers and attorneys who have conducted impeachments; to physicians and historians; and to current members of the Senate, the House, and the intelligence services.”
[youtube https://www.youtube.com/watch?v=BtrJzP7gCjg?rel=0]
“This is a conversation that people are having around the dinner table, it’s one people have at the office, members of Congress are talking about it in private and the question is very simple: is this a president who is able to do the job and is able to go the distance,” Osnos said on MSNBC’s The Last Word.
Critics of President Trump are actively seeking to remove him from office via impeachment or declaring him mentally or physically unfit for office under the 25th Amendment.
[youtube https://www.youtube.com/watch?v=ky5plucqC3E?rel=0]
Under Section 4 of the 25th Amendment, a President can be removed from office if he is judged to be “unable to discharge the powers and duties of his office” by the Vice-President and a majority of the Cabinet secretaries or by a congressionally appointed body, such as a panel of medical experts.
If the President objects, Congress is given three weeks to decide if the President should be removed. A two-thirds majority in each chamber is required to remove the President.

Osnos argues the “considerable speculation about Trump’s physical and mental health,” as well as President Trump’s alleged unwillingness to disclose details about his health, could be an effort to cover up a deliberating illness.
After the magazine Fact asked psychiatrists if they thought Barry Goldwater was psychologically fit to be President in 1964, over a thousand called him “warped,” “impulsive,” and a “paranoid schizophrenic.”
Goldwater successfully sued for libel, and in 1973 the American Psychiatric Association created the so-called “Goldwater rule,” which forbade making a diagnosis without an in-person examination and without receiving permission to discuss the findings publicly.
The “Goldwater rule” has been broken repeatedly in regards to President Trump, with nearly 50,000 mental-health professionals signing a petition claiming Trump is “too seriously mentally ill to perform the duties of president and should be removed” under the 25th Amendment.
“Although some of my sources maintained that laws and politics protect the President to a degree that his critics underestimate, others argued that he has already set in motion a process of his undoing,” Osnos claims.
Democratic Senator Mark Warner of Virginia, the ranking Democrat on the Intelligence Committee, privately told friends that he puts the odds at two to one against Trump completing a full term.
William Kristol, an anti-Trump neo-con, argued the chance of Trump being impeached is “somewhere in the big middle ground between a one-per-cent chance and fifty. It’s some per cent. It’s not nothing.”
“I believe that invoking Section 4 of the Twenty-fifth Amendment is no fantasy but an entirely plausible tool—not immediately, but well before 2020,” said Laurence Tribe, a professor of constitutional law at Harvard.
[youtube https://www.youtube.com/watch?v=nIsJ6_AR1j4]
[youtube https://www.youtube.com/watch?v=96_69VBi-8A?rel=0]