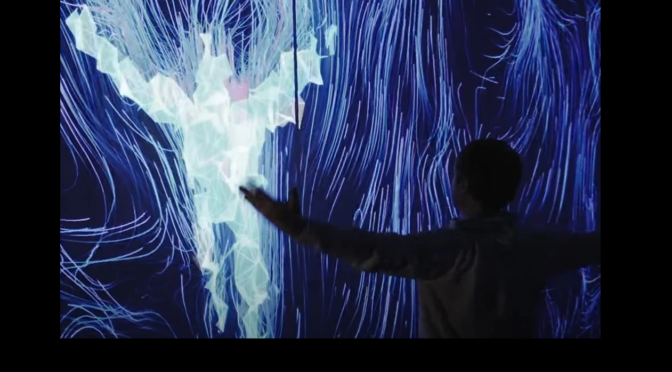 TransVision 2021 saw technologists push radical visions for our future. Apparently, the clueless public is to be propagandized — not consulted.

Transhumanism is a futuristic religion that exalts technology as the highest power. The movement’s goal is to merge man with machine. Their wildest prophecies seem ridiculous at first, until you consider the dizzying advances in bionics, robotics, neuroprosthetics, virtual reality, artificial intelligence, and genetic engineering.

Prominent figures gathered at the TransVision 2021 conference in Madrid over the weekend. Listening to the proceedings online, I heard a broad range of totalizing schemes. There were no Luddites or Amish onstage, but of course, Spain is a long haul for a horse-and-buggy. Besides, no unvaccinated person can legally cross the Spanish border.

Transhumanists hold that the human condition of ignorance, loneliness, sadness, disease, old age, and death can be transcended through improved gadgetry. Many believe tribalism will also be eliminated — perhaps through brain implants — but this elite clique tends to be so convicted, legacy humans will have no say in the matter.

If Big Tech is the established church, transhumanists are Desert Fathers in the wilderness.

The Cult of the Singularity

Naturally, the dominant tone at TransVision was set by hardcore transhumanists: Max and Natasha More, José Cordeiro, David Wood, Jerome Glenn, Phillipe van Nedervelde, Ben Goertzel, Aubrey de Grey, Bill Faloon, and even in his absence, Ray Kurzweil, a top R&D director at Google and founder of Singularity University. Each proponent has a unique angle, but they converge on a shared mythos.

Allowing for variation, transhumanists confess there is no God but the future Computer God. They believe neuroprosthetics will allow communion with this artificial deity. They believe robot companions should be normalized. They believe longevity tech will confer approximate immortality. They believe virtual reality provides a life worth living. Above all, they believe the Singularity is near.

According to the Cult of the Singularity and its prophet, Ray Kurzweil, we’ll see artificial general intelligence by 2029. Unlike narrow algorithms performing specific tasks, AGI will be robust cognition enacted by neural networks, far faster than any human brain.

By 2045 (or 2049), we will hit the Singularity — when artificial superintelligence surpasses human intellect to the point we cannot comprehend its output. Purely organic humans will be left in the smart dust. Our only chance for long-term survival is to fuse our minds and bodies with the All-Powerful Machine — to become a new posthuman species.

Therefore, our meaning in life is to make sure the future Computer God is benevolent, while we still have time. (In most cases, “benevolent” is synonymous with “lefty globalist.”) Today’s machine learning systems are prompted by programmers, then trained with our language and behavior via mass data extraction.

As computers advance to superintelligence, the story goes, their output will tilt toward humanity’s moral compass. Eventually, this digital deity may colonize distant galaxies — turning all usable matter into computerized mind — so our actions today might determine the fate of the entire universe.

I’m reminded of the subterranean mutants who worshiped the atom bomb in “Beneath the Planet of the Apes.” Many mammals use tools to survive, but even a chimp knows better than to raise up a stick and call it “God.”

Technocracy and Its Discontents

Back on Earth, the early phase of this scheme is far from heaven. Just as the TV kept Americans pacified and glued to their couches, the digital revolution has profound demoralizing and dehumanizing effects.

To their credit, TransVision invited a handful of critics to ring alarm bells. The ethicist Sara Lumbreras discussed the devastating impact of smartphones and social media on attention span, memory, and self-control. “If you can just Google the information, why does it matter?” she asked. “Because remembering things is the only way that we can use that information for critical thinking and for creative thinking.”

Both transhumanists and Luddites see 24/7 reliance on smartphones as an early phase of our symbiosis with machines. For all the convenience gained, many schoolteachers worry that the shift to digital platforms is making kids antisocial and functionally illiterate. An entire generation is being lost to self-pleasure.

Oxford philosopher Anders Sandberg discussed a 1954 experiment in neuroprosthetics. Using electro-stimulation, the scientist James Olds discovered the pleasure center in a rat’s brain. He wired up numerous rats, enabling them to stimulate themselves by pressing a lever. These rodent “wireheads” ceased to do anything besides push the lever. One by one, they died with smiles on their faces.

Video games and corporate opioids find us in a similar predicament. Even in the Victorian era, Sandberg explained, intellectuals wondered if humans were already becoming parasites on machines. “They connected that to discoveries in biology that parasites quite often seem to be simplified forms of older species [and they thought] we might become some kind of barnacle sitting on the technological infrastructure, slowly losing our brains.”

Hence, the “Wireheading Myth” — the narrative that civilization could collapse due to techno-hedonism. Sandberg insisted that while this story isn’t completely untrue, it isn’t inevitable either. “Building real happiness is a really complex thing, but we know we can make it increase.”

In conclusion, he wondered, “Can we use the transhuman ambition to say … ‘I want to be way happier, I want entire societies to be happier.  … I want my artificial intelligences to go for the true and daimonic good?’”

From Atari to Alpha Centauri

Sandberg is an optimist, but not without reservations. He has contemplated the dangers of artificial superintelligence rigorously. This digital entity would be entirely unpredictable to mere human minds, and perhaps uncontrollable. In a real sense, advanced AI is comparable to the development of thermonuclear warheads.

A humorous hypothetical is an AI system that makes paperclips. What if it goes haywire and turns everything on Earth into paperclips, including us? More realistically, what if an advanced AI is programmed to solve climate change, then arrives at the straightforward conclusion that humans must be exterminated?

Sandberg takes these existential risks seriously, but in the end, he’s ready to go for it.

The term “transhumanism” evokes such revulsion, normal people immediately recoil. So the alpha-dog transhumanist Max More — a leading figure at Alcor cryonics lab — urged the audience to abandon loaded words like “immortality” in favor of “life extension.” Meanwhile, 184 deceased customers lay frozen at his facility, some $200,000 in the hole, waiting to be resurrected.

We mortals have more pressing concerns. Discussing the displacement of actual people by robots and artificial intelligence, Jerome Glenn of the Millennium Project was emphatic that “artists, media moguls, and entertainers” should psychologically prepare the public to accept economic obsolescence.

The loudest alarm was sounded by tech ethicist Nell Watson, an Apple consultant and chairwoman at IEEE. “The global health crises are being used as an excuse for greater authoritarianism,” she said, shocking everyone awake. “[T]his could end up as a Trojan Horse for some kind of social credit-style monitoring system.”

“Today, it’s immunity therapies,” Watson warned, “but in 10 or 15 years, it might be people who reject some kind of brain-computer interface … or a financial technology that’s linked to biometrics.” She worried that transhumanists might become scapegoats for oppressive policies they are not responsible for.

In response, Anders Sandberg took to Twitter to defend vaccine mandates in the workplace. The conference proceeded apace.

The Future Has Already Arrived

As a broad ideology, transhumanism is as relevant for the 21st century as communism was for the 20th century. In the mid-1800s, Karl Marx and his crew were mere socialist intellectuals. By 1923, the Bolsheviks had taken over Russia. By 1949, Mao had taken over China. In our age of all-pervasive technology, entire societies are revolutionized before anyone can grasp the change.

The futurists who gathered in Madrid last weekend — along with those preaching technocracy at the World Economic Forum — are laying the intellectual groundwork for a fully digitized social order. Today, it’s the Fourth Industrial Revolution — a global paradigm of total transformation — embraced by Microsoft, Alibaba, Sony, General Motors, Mozilla, and Salesforce, among many others. Tomorrow, the faithful proclaim, it will be artificial superintelligence, brain implants, and unstoppable killer drones.

The labels don’t matter. To the extent that Silicon Valley, the Chinese tech sector, and various quirky start-ups converge on the central goal — to merge human beings with digital devices — you could say transhumanism is already a ruling ideology. One has only to look past this text and focus on the glowing screen to see their fantasies are becoming reality.

Joe Allen is a fellow primate who wonders why we ever came down from the trees. For years, he worked as a rigger on various concert tours. Between gigs, he studied religion and science at UTK and Boston University. Find him at www.joebot.xyz or @JOEBOTxyz.

Copyright © 2021 The Federalist, a wholly independent division of FDRLST Media, All Rights Reserved.